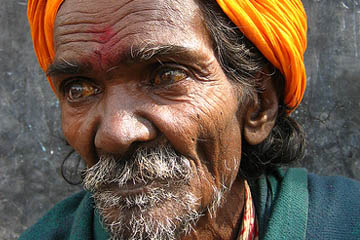 THIS TYPE OF travel, sometimes referred to as “poorism,” guides tourists through the slums of cities in India, Africa, and Mexico, among other destinations.

These tours are often run by those hailing from the West, such as Chris Way of Reality Tours and Travel, in collaboration with locals.

But what does this type of travel mean for the people who live in the slums? Hardly surprising, there is huge debate over whether or not slum tourism is ethical.

Eric Weiner adds a new spin to the discussion.

In his article “Slumming It: Can Slum Tourism Be Done Right?” he argues 4 criteria that can make slum tours valuable: (1) touring only small groups, (2) no photography allowed, (3) money being funneled back to the slums, (4) and respectful marketing.

The fact is that the controversy over slum tourism says more about tourism than it does about slums. Modern mass tourism is considered entertainment, and, of course, we find the thought of slums as entertainment repulsive.

Yet all travel is, to some extent, voyeuristic. Necessarily, we pry into the lives of others. Travel is intrusive and, really, there is no such thing as a no-impact traveler (save the armchair variety).

Previously on BNT, we’ve explored micro-loans as an alternative to slum tourism – though Weiner’s suggestions are also intriguing.

Can slum tourism be done right? Share your thoughts in the comments!

The best places in the US to try forest bathing