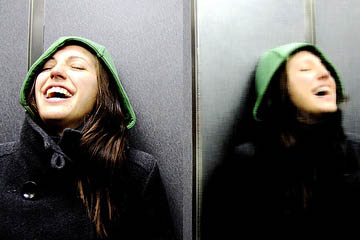 When I was 16, an uncle gave me a book he thought I might like, by a man called Pico Iyer.

I did like the book–in fact, I loved it. But I soon became as fascinated with Iyer himself as with his writings.

Born in Oxford, raised in Santa Barbara, educated in England and Massachusetts, Iyer has followed a geographical trajectory that I, in my own way, have imitated.

We overlap without ever having met; a characteristic of the modern condition.

I find myself drawn to Iyer’s work not only because I know we share certain locales, certain geographical understandings, but also because his books are perpetually trying to answer the question: how does the modern world exist in the way that it does?

As a travel writer, Iyer emphasizes place and movement. We are always in motion–“global souls,” he calls us.

I grew up on a windswept cattle ranch on California’s southern coast, where all was wild and empty but for hills, and sea, and cows; now I live nestled among the terraced houses and university domes of Oxford, near to the Cowley road, a whirlwind of bars, cafés, tiny markets, rainbow-colored murals, charity shops and hairdressers.

Often I can scarcely believe that these two places coincide. I wonder how it is that I can leap so easily between them–and what this does to me. Does it stretch me, does it make me delirious?

After six solid months in England, I come back to the ranch for a visit, feeling myself in a state of in-between-ness.

I think of the sleeper’s hour in a city, the time when those late to bed and those early to rise share a moment’s dreamtime. This is the song of urban living.

I lie awake at night and take long naps in the early afternoon. I think of the sleeper’s hour in a city, the time when those late to bed and those early to rise share a moment’s dreamtime.

In the husky darkness, roads that otherwise never rest give a shudder of weariness; bars and pubs shut for the night, the grocery stores glow tiredly, then turn dark.

This is the song of urban living.

In Boston, as a student, I once walked to my apartment from a friends’. It was late, and the police had broken up our party.

It took me nearly an hour to cross from the almost-suburban outskirts to my cramped, central apartment, but the constant stillness sustained me: major roads, roads with life, with character, made brief, slumbering refuges for the weary and the displaced.

Here, at the ranch where I grew up, where my parents live still, here is the opposite of urban, and here that stillness, that mythical sleeper’s hour, is something altogether different.

The coyotes do not cease their howling simply because the clock has slid its languid hands to three o’clock, nor does the wind abate; and the stars, moving across the sky in steady rhythm, still shine, or else the moon douses them with its faint light. 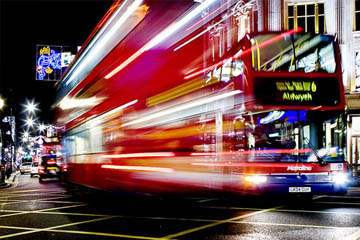 Stillness shows itself in the early evening: before the nightly winds kick up, before the shadows crawl up the house, there is a moment, if you look out at the sea, in which all seems calm.

In my jet-lagged restlessness, all of this starts to almost make sense to me: the ranch, the city, the arbitrary rhythms of sleeping and waking, the way we move between places.

Maybe we live in a perpetual state of jetlag–and maybe this is why I sometimes cease to think how unlikely, how magnificent it is that when it is 3:30 in the morning on the Cowley Road, here I am at 7:30 on a California evening, listening to the frogs in the creek.

This is an impossible era; we flit from world to world as time-travelers.

We must have an instrument in our beings that allows us to accept that Oxford, dripping in her medieval spires and teeming with high street shops, rushed cyclists, robed students, tracksuited young mothers, can be as much a home to me as the Ranch, with all its ruggedness.

Sometimes it starts to slip out of my hands; I wonder if this is indeed plausible, if there is any way that the universe can produce two such opposite ways of living and then link them through a single human being?

Maybe the mystery is not how these worlds coincide, but how people move so effortlessly between them.

Should I not be inept in one if I can move easily in the other?

Maybe the mystery is not how these worlds coincide, but how people move so effortlessly between them.

They coincide because geography dictates that they must; because populations are as mutable, as adaptable, as the earth on which they live, and for one to mirror another which has sprouted out of utterly different circumstances would be an evolutionary gaffe that would lead certainly–in our Darwinian minds–to extinction.

Maybe it really is that simple; and so we have all become constant travelers, often without even knowing.

There is a global culture of relatively affluent nomadism, such as my own, which transcends the idea that we can only be comfortable, can only thrive, in our original, circumstantial niche. And, as Iyer writes, “under jet lag, you lose all sense of where or who you are”.

So when we come down, when we emerge from the shadows of our travel-induced haze, we have the wonderful freedom to reinterpret, and to reinvent.

What are your thoughts as a global time traveler? Share in the comments!

This new, glass-domed train will take you on an epic journey through the Rocky Mountains
7 picture-perfect Irish villages we want to escape to
The truth about artificial vanilla extract (and why you should always splurge for pure)
12 places around the world that go all out with holiday lights
30 awesome Japanese idioms we should start using in English