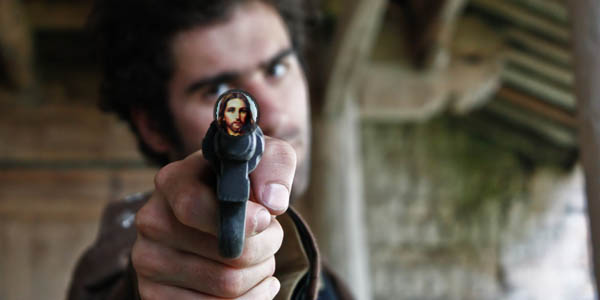 Governments aren’t the only ones using secret agents these days. Baxter Jackson uncovers the truth about the use of undercover missionaries in the Muslim world.

I WAS SERIOUSLY considering becoming an undercover agent of the Lord.

In exchange for some back alley preaching and a few hush-hush conversions to Christianity here and there (a sort of save the world one heathen a time kind of thing) Azusa Pacific University was offering me (at 50% the going rate) a Masters of Arts in TESOL (Teaching English to Speakers of Other Languages).

The impetus for such a bargain basement MA is a spiritual battle being fought in tandem with the physical conflicts in Iraq, Afghanistan, and Palestine in what Christian missions strategist Luis Bush calls the “10/40 window,” an area stretching across North Africa and Asia from 10 degrees south of the equator to 40 degrees north of it.

According to Southern Nazarene University’s Dr. of Missions Howard Culbertson, of the 55 least evangelized countries, (countries with the least amount of actively proselytizing Christian missionaries), 97% are within the ten forty window.

In the vernacular of the Christian Coalition, of which George Bush is a supporter, these countries are known by the corporate like moniker of Creative-Access Countries (CAC’s).

Egypt, my home for the past 9 months, just so happens to be one of these countries.

Means To An End 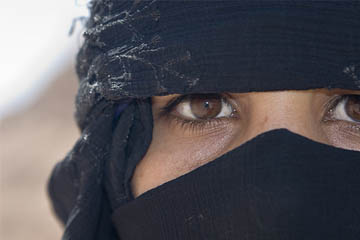 What makes Egypt a CAC is that although the government generally tolerates missionary groups, if they actively recruit converts, it is seen (as in most of the predominantly Islamic world of the 10/40 window) as a violation of dhimmitude, the concept under which proselytism by non-Muslims is strictly forbidden.

While there is no state law saying that it is forbidden to change one’s religion, it is a common fact that in Egypt, a convert from Islam to Christianity risks being arrested and imprisoned. In stricter Islamic countries, the penalty for apostasy is often death.

Ironically enough, groups such as the Christian & Missionary Alliance seek to save Muslim souls through the teaching of a subject that George Bush, a self-professed born-again Christian, seems to have skipped one too many times at Yale: English.

Rather than using the teaching of English as an end in itself (as it should be, in my opinion as a English teacher) it is being used as a means to an end.

The end of “saving” Arab souls somehow justifies the means of outright deception and manipulation. This Christianized version of the old bait & switch con may indeed be, as touted in a recent article in Christianity Today “the ultimate language lesson.”

The article’s author explains the strategy behind the stealth crusade quite succinctly with this bold statement: “Start an evangelical church in Poland and no one will come. Start an English school, and you’ll make many friends.”

The Process Of Apostasy

Here’s how it works. Once a potential “agent of the Lord” is identified and screened for covert operations in a potentially hostile environment, work platforms and visas are secured by a sponsoring organization.

In an industrialized nation such as China, the pretext to secure the needed documents is to teach English through an already established institution such as a university. In developing countries such as Egypt, a community or health center is often opened so that English and/or computer classes can be offered as the front to hide the true motive of evangelization.

Integral to such neighborhood centers is a coffee shop or lounge area where agents and potential converts can chat.

Integral to such neighborhood centers is a coffee shop or lounge area where agents and potential converts can chat. Once the relationship that begins in the classroom is deepened between the teacher and students over coffee and conversation, the process of apostasy is well under way.

Ed Mangham and his wife Julie have opened three of these centers in an undisclosed Creative-Access Country.

In a recent magazine article “Building on a Grand Heritage” the couple related how their centers are full of former Muslims. In fact, 95% of the students in their English and computer classes are Muslim and 75% of the patients in their clinic are.

The couple’s success, they suspect, may be attributed to the more subtle methods of modern day missionaries. Ed notes that the means may have changed from a formal church setting “to sitting down to talk with an Arab who does not know Christ – whether it’s over bitter Turkish coffee – or an espresso in our center’s coffee shop.”

The end remains the same: convert Muslims to Christianity.

The issue, as Julian Edge clarifies in his article Imperial Troopers and Servants of the Lord, and as I see it also, is one of transparency.

By dressing their true – albeit well intentioned motives – in the guise of teaching English, these missionary groups are not conducting themselves honestly (1 Thessalonians 4:12; 1 Timothy 2.2) nor with due candor (James. 5:12) as scripture entreats them to.

They are tarnishing the noblest of all professions, a profession that Jesus was a part of himself: teaching.

Rather than operating by the Christian principles of transparency, honesty, and integrity these covert missionaries have opted for the easier softer way of false pretenses, deception, and manipulation.

And intentions, no matter how good, tend to produce more harm if not conducted with honesty.

What do you think of covert missionary work? Share your thoughts in the comments!