14:06 Apr 22, 2020
Top Countries
Top CitiesView All Destinations
Trending Countries
Trending Cities
Load More
Can this movement be our saviour at this time in history? 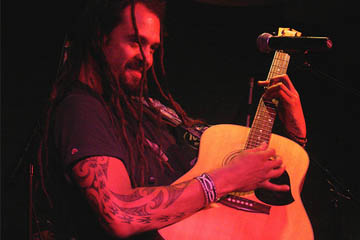 Michael Franti infuses his music with activism / Photo by Kubacheck

THROUGHOUT THE WORLD, people are being affected by the–gasp, dare I say it?–depression that continues to pummel forward on a daily basis.

People have lost their life savings, are going back to work at age 70, and are hunting down jobs that pay a third of their former salary, competing against three times as many people as they would have in the past.

But could there be an upside to the downturn? If you look around, you’ll see an unprecedented movement towards spiritual activism.

What exactly is spiritual activism?

I appreciate filmmaker Velcrow Ripper’s thoughts on the subject:

Spiritual Activism is the coming together of spirituality, and activism. It is not about religion, it is not about any form of dogma, it is simply activism that comes from the heart, not just the head, activism that is compassionate, positive, kind, fierce and transformative…Nothing could be more inspiring and more rewarding than being the change we want to see in the world, within and without.

It can take the form of organized religion, encouraging a former marine to become a Zen Buddhist. Or, it can be about finding one’s true calling, working for a social change organization after being laid off from a corporate job.

It can even be simply deciding to take part in the Brightsiding approach to life, or changing your spending habits.

A recent Gallop poll reported that for most Americans, the depression has not resulted in an increase in church attendance, or the “importance of religion” in their daily lives.

But does this report actually have anything to do with spirit, which can be a quieter process, shown outwardly through a growing desire to better our world?

Share your thoughts on spiritual activism in the comments!

Tagged
Activism Religion
What did you think of this story?
Meh
Good
Awesome

There's this place where music and rivers flow