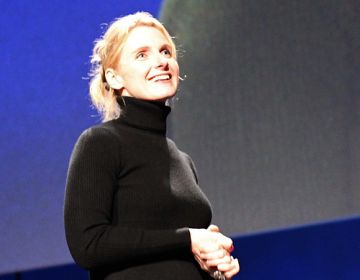 I RECENTLY LEARNED they are filming a movie version of the much-loved spiritual travel memoir, Eat, Pray, Love.

Have to admit, as soon as I saw it is a big Hollywood affair with Julia Roberts as the star, I cringed.

For those who haven’t read the book, author Elizabeth Gilbert goes on a spiritual-quest-of-sorts to Italy, India, and Indonesia after surviving a painful divorce. Many people have been inspired by both her travels and the lessons she learned along the way.

I have no doubt that Gilbert will fair well monetarily from the big screen version of her book. But I’m afraid that the authenticity, and well, spirit, might be sucked right out of it. Hey, that’s Hollywood’s forte.

Turns out I’m not the only one who is worried, though this group has much more at stake than I do. According to an article on Yahoo! India, there are “concerns among Indian yogis and Hindu leaders about whether the film will portray Hinduism and yoga authentically.”

The leader of the Universal Society of Hinduism, Rajan Zed, is a bit worried that the movie will get Hinduism wrong once again. With Mike Myers’ recent film Love Guru, who can blame him?

Misrepresentation of Religion and Land

There is also the possibility of the misrepresentation of the country often thought of as synonymous with Hinduism – India. For some, even Slumdog Millionaire was a much more a “foreigners’ concept” which, in actuality, “demeans” the country, rather than being a celebration of its people.

Of course, there will be some who will think the film version of Eat, Pray, Love, is a great adaptation, and others who will believe that the production got it all wrong.

But as Zen added:

The people of India will be anxious to see how perfectly Roberts does her job of cleaning ashram floors as a part of her devotional duty, trying to recite 182- verse Sanskrit chant, and going through grueling hours of meditation, while being feasted on by mosquitoes.

It certainly will be interesting to see how much time the film gives to this part of Gilbert’s trip.

Do you think Hollywood will do justice to Elizabeth Gilbert’s book? Share your thoughts below.

You can now rent the last surviving Blockbuster store on Airbnb