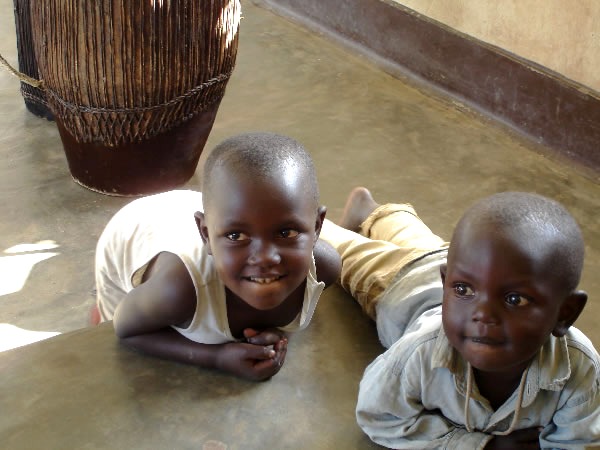 Does guilt over past wrongs ever keep you from believing in good for the future?

“Intore” refers to the chosen ones, or to a person who is at one point hopeless, but is given hope by a person or event.

As I stuff spinach hummus and half-round pieces of tomato from a tomato and basil salad into my mouth, mostly sipping white wine, my eyes are glued to the group speaking before me, one comprised of board members of the Lake Eden Arts Festival (LEAF), leaders from Playing for Change, and the heads of the Rwandan group, The Intore Culture & Music Center.

It’s been awhile since I felt this movement inside, the one where the many minutes and hours and days and weeks and months and years of hard work that is put into developing a project is tied together neatly for my consumption and inspiration.

I can recall being on the other side and doing the same, the time spent working on the administrative side of a project, seeming to go nowhere, mean nothing really. But then, being forced to step back and look at the whole and and say, “ah, this is why.” Sometimes the events where we shared our work was the only saving grace of being in non-profit. 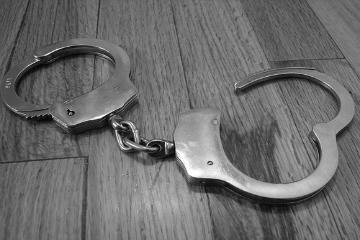 I’m wary nowadays. I’m sure part of that comes from the constant bickering that happens in the news, the battles that “we” “win”, the ones “they” “win” (really? win? Why do we keep having them over and over, then?).

I know there are good things happening in the world, but sometimes I wonder – does the bad just balance the good, so really, are we getting anywhere? Not a popular thought process – must think good thoughts all the time – but it creeps in nonetheless.

Part of it comes from being jaded, and from guilt. I worked for a long time at one of those non-profits that was supposed to help benefit the world (or, at least the surrounding area in which I lived). And it did, for a while. Then it got caught up in greed, scandal, downfall. Although I was long not happy with the direction it was going, I stayed. I was a part of it. So I can’t help but sometimes look at other people and wonder, “are you a part of it, too?”

Ah, to be stirred once again, inside, by a real group doing real work in a place where 70% of the population is under age 30, and many are orphaned children without housing or education due to violence I couldn’t possibly comprehend from my own life experience. Stirred by work where these kids are able to get off the street through a medium I think is intrinsic to being human – music and dance. Using that intrinsic, invisible web of sound and movement as a simple way to connect us around the world.

The Question of Service 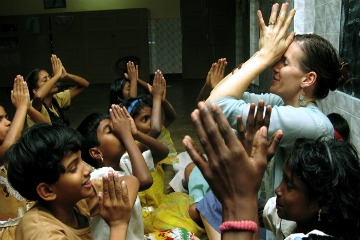 Just as I finished ripping the false eyelashes from my eyelids – the glue on the inside part always seems to come unstuck after a few hours – a sweet blond woman approached to thank me for our dance performance.

“Maybe you can come sometime to India to teach dance,” she said. She, who I later find out is named Kristin, tells me about her yoga project in both Rwanda and India, and we talk about how the service tenet of yoga is one just creeping into the minds of those in the West who practice the ancient art.

My mind races back to the Rwandan woman speaking earlier, how her eyes teared up, but with gratitude and not sadness. I think about how I leaned over to Lisa and whispered, “If you ever need help teaching at the Women’s Correctional Facility, I’d love to come along.”

Talking with Kristin made me think. How does service show up in our lives? Is it what we are told to do, think we should do – donate money to that organization, volunteer at that after-school program – do begrudgingly because it is the “right” thing to do? Or is it taking our passions, our gifts and sharing those, especially with those who need the type of healing only human interaction can give?

Maybe I’m hoping to make up for the sins of my past, my complacency where help was needed but denied.

I danced later that night once again, this time to the sound of the Indigo Girls. Before beginning a couple of the songs, they asked the audience to sing along, and at one point I leaned over to my friend Matt and wondered, “How do they know whether or not an audience will know the words to the song?”

“I guess they just hope they do,” he replied.

Then in my broken voice, I belted out with everyone who surrounded me:

Maybe in my past I was just searching for how to give, and I stumbled in the process. Maybe now I’m finding exactly how to give, partly because of that stumble. Maybe following the leap my heart took when three groups from across the US, across the world, spoke on that stage is simple.

Besides, how do you know when anyone is going to sing your song with you?

How are you moved to volunteer or serve in the world? Have you been jaded by any of your experiences? Share your stories below.