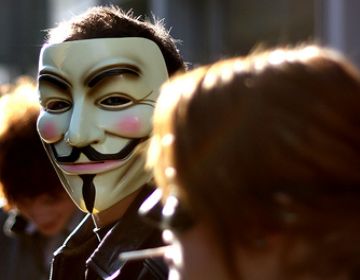 New religions are looking for you / Photo: mrmanc

But have you heard about these three new “religions” (in quotes because they do not necessarily deem themselves this way) starting to thrive in the West?

Although these new systems of belief have an eastern feel to them, they all have a decidedly western approach.

For some, the reality of the dollar signs involved may be a turn off, but to others that is just the way that religion has always been done.

According to Kim Masters at The Daily Beast, Eckhart Tolle and Jim Carrey have teamed up to launch a new religion, if you will, called Global Alliance for Transformational Entertainment (GATE).

Masters notes that Hollywood Reporter blogger James Hibberd described GATE as “a newly formed outfit of producers and artists with a shared enthusiasm for New Age uplift.” To me, it sounds like a combo of Tolle’s message of being in the present – the “Now” – and the law of attraction.

Carrey seems to be keeping perspective about his role in this new endeavor, joking, “I’m Jim Carrey and I’ve come to free the world from sin,” during his appearance at the first GATE conference. The Ministry of Skepticism, though, doesn’t seem to agree:

This is the kind of thing that might go some way towards Jim Carrey discrediting himself as a credible source of information in the vaccination debate.

In reality, GATE was founded by PR “expert” John Raatz. Thus far they’ve only had one invitation-only meeting, but stars including Carrey, Garry Shandling, Billy Zane and Jackson Browne skipped the Laker’s championship-opener game in order to attend.

Looks like Knowledgism is an off-shoot of Scientology, as a former “upstat missionholder” of ST, Alan C. Walter, developed this knowledge-based entity.

According to Knowledgism.com, this belief system is the “high-tech, high-touch use of knowledge systems, processes and procedures to optimize economies, societies, areas, subjects, objects, groups, and individuals…it is based on win-win accomplishment for all, and includes that which is best from past systems.”

And the Scientologists aren’t happy about it. On the website Gathering Minds, which does not state that it represents Scientology, but suspiciously has a link to “Scientology Public Relations,” has this to say about Knowledgism:

According to NPR, Soka Gakkai “was brought to the United States by Japanese war brides, and in the 1960s, it caught on with hippies.” 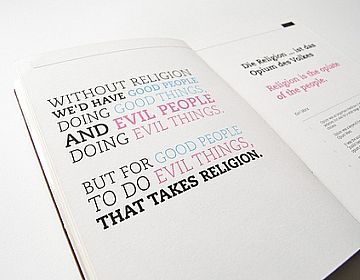 Based on Buddhism, Soka Gakkai developed from the teachings of Nichiren, a 13th century Buddhist reformer.

His teachings are based on the Lotus Sutra, which essentially states that all people possess the Buddha nature and therefore can live life in a state of freedom.

The Soka Gakkai International (SGI) website states that the organization has 12 million members worldwide, and NPR says there are more than 300,000 in the US alone, mostly middle class, yet stem from many ethnic groups.

But, of course, there is a bit of scandal not mentioned on the SGI site. The leader, Daisaku Ikeda, is a Japanese businessman who has been accused of “heavy-handed” fund-raising (the group has $100 billion in assets), along with intimidating its detractors and trying to “grab” political power. A former member airs out some of his grips here.

The thing about new religions, or spiritual systems in general, is that they often build on past systems. In a way, it is a bit like science, taking the knowledge we’ve previously gained and refining it, maybe collaborating with other known discoveries.

Even “historic” religions such as Christianity, Judaism, and Islam built upon, or borrowed beliefs, rituals, and holidays from, religions that came before.

And no matter what, there is always some controversy, so take it all with a grain of salt.

What do you think about these new “religions”? Share your thoughts below.