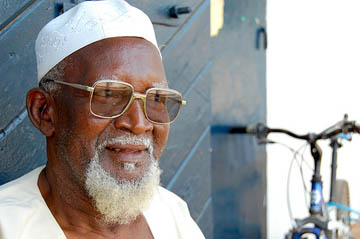 God is everywhere in Sierra Leone.

I hear him everywhere I go, as gospel music blasts from massive, low-quality speakers on the streets and as Muslim calls to prayer ring out five times a day.

If the power happens to be on, one of my favourite restaurants in Bo district plays the same set of Christian music videos over and over throughout the day. I unconsciously hum to the tunes as I munch on rice and fish.

God even finds his way into the exchange of pleasantries. Ask someone how they are in Sierra Leone, and you’ll quickly receive the answer: “Fine. Thank God.” Sometimes they’ll skip the “fine” and just thank God.

This atmosphere of religion doesn’t just come from inside the country.

Hundreds of relief and capacity-building organizations in Sierra Leone are funded by church ministries in Europe, Canada and the U.S. There aren’t many other foreigners in Bo district, but the first ones I met were Mormon and Jehovah’s Witness missionaries. 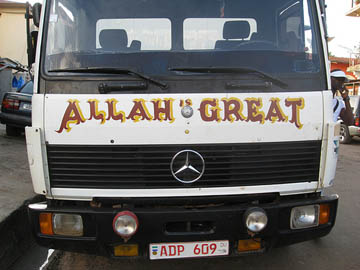 The three live fairly peacefully with one another, although there is some pronounced resentment and skepticism expressed between belief circles. Muslims outnumber Christians, but the former are more visible and vocal because of their focus on recruitment.

Few of the people I’ve met know quite what to do with me when I say I’m neither Christian nor Muslim.

My first night in Sierra Leone, one of our drivers, a loud and joyful man named Lamin, asked me if I was a Christian.

He leaned towards me, a sober look on his face. “Muslim. Christian. It doesn’t matter what you are,” he said. “But you have to pick one.”

Relationship With The Divine

I’ve been invited to church on many occasions, and despite being very curious about the services, I’ve always declined. The obliging Canadian in me wants to say yes, but I know if I give in to one Sunday service, the invitations will only increase. 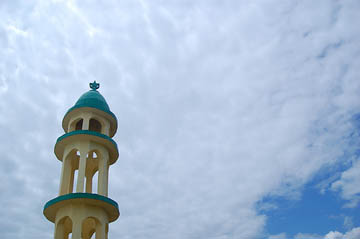 I have difficulty explaining the fact that I don’t go to church. No reason I give seems to satisfy the people perplexed by the fact that I spend my Sundays at home. I sometimes explain that I wasn’t raised going to church.

If I’m feeling brave, I’ll say I don’t agree with the teachings of the Bible and the inconsistent manner in which people follow it. If I want to create confusion, I’ll try to explain that I’m spiritual, and that I believe in “something” – but that I’ve never been able to say what that something is.

But most people still don’t like this, and will launch into a diatribe about how I need God in my life. I’ll explain that I have incredible admiration for the devout and for their willingness to help people and to support each other when they need it.

I try to explain that this respect doesn’t mean I am willing to join them in their faith.

It’s a precarious position to be in, one I’m sure is experienced by people living in their own countries and by people living abroad: to attempt to respect the beliefs of those around you, while firmly holding on to your own.

What are your thoughts on god abroad? Share in the comments!

Tagged
Activism Religion
What did you think of this story?
Meh
Good
Awesome