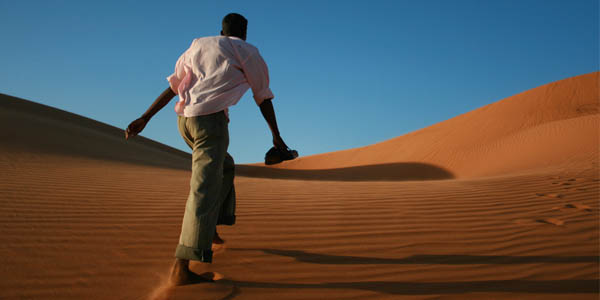 F. Daniel Harbecke follows up his series on Heroic Travel with real-world examples of the myth at work.

The School of Life is a fascinating education, made challenging by a quirk of human nature:

Knowing a lesson isn’t the same as knowing how to employ it.

Myths contain essential lessons of human existence. Read properly, they teach how to live a life, and how to live it with others; they reveal an order to the universe, as well as mysteries within it. But while we can learn the morals, seeing them at work in our own lives is a separate discipline.

Mythologist Joseph Campbell created a modern map for the journey of life in his Hero Monomyth. (See my three-part series on Heroic Travel).

The Hero Monomyth provides mythic landmarks for how to leave a familiar place, enter the unknown, and return home with transcendent knowledge. These markers appear in life events all around us, but it takes a keen eye to recognize the mythic in the mundane.

Now, to illustrate how such themes appear in real life, let’s create some everyday examples and run them through the Hero Monomyth.

At the start of her semester, Jenna feels like she’s following a call to adventure. She loves the freedom of being on her own, but she enjoys it a little too much. Jenna begins to procrastinate in her studies, refusing the call of what she’s supposedly at college to focus on. “So what?” she says. “I can handle a little partying. I earned it.” Her routine has changed drastically by semester’s end, and she spends her weekends sleeping off the excess of the night before.

Mary’s having trouble following her therapy schedule, so she holds the key at the end of her necklace and thinks of Dad. Before he died, Mary’s dad gave her this key. It belongs to his 1969 Mustang, which he rebuilt as a kid. His friends said he couldn’t do it, but he saved up, bought the parts and did it all himself. “You make your own truth,” he told her. The key is a supernatural aid, reminding her she can do anything – and it makes her feel fast.

Blake is excited to finally cross the threshold of the open road – “there’s no going back now,” he said. But so far, everything Blake touches turns to crap. A tank-slapper early on caused him to drop his bike – he was okay, but the entire left side looked like hell, and the muffler was hanging on thanks to a bent up coat hanger. This was truly the belly of the whale – there really was no going back.

Mary’s therapy isn’t working. Her knees are getting worse, to the point where even walking is agonizing. The road of trials is sheer misery for her: “Why am I failing? What am I doing wrong? Who am I if I can’t run anymore?” She takes it more slowly, not pushing herself like she always has. She listens to what her body is telling her, tries patience instead of force. It leads to a meeting with the goddess, in learning the serenity of healing – a side of herself she never knew existed.

By the end of her first year, Jenna’s close to flunking out – but she’s having such a blast with sex and libations she doesn’t care. She’s definitely not the wallflower she used to be. But one night she wakes up in a strange man’s bed, and can’t remember how she got there. She realizes she’s going way too far. Her new lifestyle is a temptress: she’s in danger of losing herself.

In an atonement with the father, Blake realizes why his dad loves travel so much. All the rough weather and unexpected problems have been worth it. Blake finds an unexpected, almost mystical boon to his tribulations: he puts himself in the hands of fate, and makes it through every time. Blake discovers not every aspect of life must be planned – it can be wild and unpredictable, and something magical comes from accepting that.

After learning to welcome the unexpected, Blake doesn’t want to return. He imagines his return to “real life” will be flat and unappealing. He faces a choice – but for now, he doesn’t have to make it just yet.

Jenna made an important discovery: the whole meaning of going off to college was to learn it’s her life to mess up, and no one can clean it up but her. She’s ready to get help, but the hole she dug herself is pretty deep. She needs a rescue – some guidance to prevent sliding backward. Her parents support her, and she values her studies in an entirely new way. She feels like she’s crossed a second threshold – the growing pains were necessary to help her discover what’s important in her life.

Mary has learned there are some things she simply won’t be able to do anymore – but swimming isn’t one of them. Originally part of therapy, Mary finds she enjoys it more than running. The demons of her fear mastered, she resolves to be a sports therapist – to help people who suffer a setback realize “You make your own truth.” And the truth will set you free.

The End of the Road

It’s important to understand the Hero Monomyth isn’t a step-by-step instruction. Some themes will be more emphasized than others. The Hero Monomyth’s real benefit is to help orient yourself on your path.

The art of the Hero Monomyth is the origin you set for your journey, and where you set your destination. It’s often difficult to tell where one journey ends and another begins – one road leads seamlessly into another, then another, and the many more beyond that.

But there are pivotal events in everyone’s life where the path is clearly blazed; with practice, you can learn to identify the signs in between, so the mythic twists and turns work more decisively in your favor.

How have you seen the Hero Monomyth at work in your own life? Share your thoughts in the comments!

Japan will partially pay for domestic travel so you can explore more of the country Portugal is reopening to tourists from these countries, without a two-week quarantine Sicily will pay for half of your flight to visit the island this year Iceland will open to travelers on June 15 with a free COVID-19 test on arrival Stonehenge will livestream its summer solstice celebration for the first time ever
✖
travelstoke
Download the mobile app
stoked by