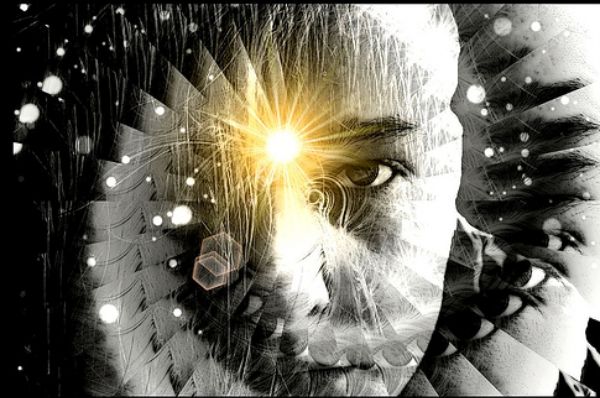 Returning home may be the hardest part of the Hero’s Journey.

To see our lives in the poetic light of a heroic quest is empowering. It frames our experience in a creative context.

Imagining ourselves as heroes in the cause of our own lives is to embody timeless attributes. Far from childish fantasy, it’s a powerful and motivating vision for facing life’s challenges as champions of our own stories.

Yet every journey ends, and there comes the need for home. Outlasting the journey is a kind of impotence in fighting the return – a running away from connection. But re-entry is a challenging process, and perhaps a greater test of heroism than undertaking the journey itself. The unconscious bonds with home must be reaffirmed or recreated, and the experience of the journey translated into ordinary terms. If this isn’t completed, there is no Return.

Joseph Campbell’s Hero Monomyth details the themes of the mythic journey, reflecting the issues of mortal travelers who experience profound transformation in their own travels. Rediscovering home – wherever it may be – is the final leg of the journey, often taking longer to come to terms with than the time spent in travel.

The Six Stages of Return

1) Refusal of the Return: Reaching the end of journey and winning the spiritual prize, the hero may be tempted not to resume their life in the home they left. 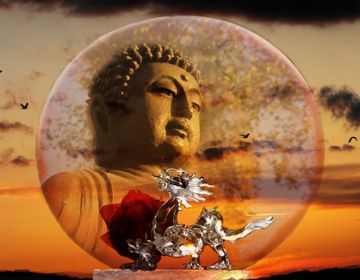 Campbell noted, “…the responsibility has been frequently refused. Even the Buddha, after his triumph, doubted whether the message of realization could be communicated, and saints are reported to have passed away while in the supernal ecstasy. Numerous indeed are the heroes fabled to have taken up residence in the blessed isle of the unaging Goddess of Immortal Being.”

The hero faces a kind of fatigue, a skepticism of meaningful placement within their original context. There’s a tale of a mighty warrior who refused home, asking to be granted eternal sleep. When his rest was disturbed, he had the choice of rejoining the world of men.

Again, he declined, and “retreated to the highest mountains”, and there dedicated himself to the ascetic practices that should finally release him from his last attachment to the forms of being. Said Campbell, “…in other words, instead of returning, (he) decided to retreat still further from the world. And who shall say that his decision was altogether without reason?”

2) The Magic Flight: Leaving “Dream World” for “Common World” is easier said than done; it’s difficult to convert the radical experience of initiation into a mundane plot. A hero may become trapped by the psychological impact of the transformation – and the abyss that has been stared into will stare back.

But all hope is not lost. According to Campbell, if the hero locates and grasps a sense of purpose in the prize of their journey, “the final stage of (the) adventure is supported by all the powers of his supernatural patron.” Yet, he continued:

On the other hand, if the trophy has been attained against the opposition of its guardian, or if the hero’s wish to return to the world has been resented by the gods or demons, then the last stage of the mythological round becomes a lively, often comical, pursuit. The flight may be complicated by marvels of magical obstruction and evasion.

3) Rescue from Without: “The hero may have to be brought back from his supernatural adventure from without. That is to say, the world may have to come and get him.” Heroes sometimes require some kind of prompt to escape the egoless Dream World.

The true climax of the Hero’s Journey is not in the winning of the boon, but in re-participation. Returning home is about regaining the ties that bind; the emphasis here is that the connection has always been within reach, though perhaps disguised. It is “paradoxical, supremely difficult” – but all Dorothy needs to do is click her rubied heels together.

4) The Crossing of the Return Threshold: The hero returns home intact with their knowledge of the other side – an awareness that spans barriers which must be kept ever separate. 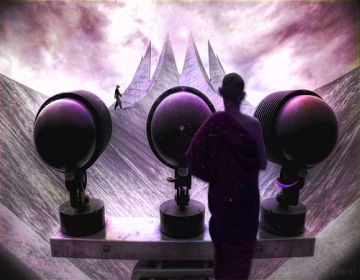 The hero has passed through something which cannot be defined in Common World, but which must yet find a voice. For example, when someone speaks of a powerful vision of love, they speak of timelessness, inner conviction and need that swallow other needs.

How can love be made into an easily-related symbol? Its unexplainable nature shows “the reality of the deep is not belied by that of common day.” Even more unnerving: the artifacts from the journey are seemingly more potent than those of the Common World, operating from a primordial energy with its own inscrutable logic.

More than the bravery of confronting the inner fears and entering the incongruous Dream World, “The returning hero, to complete his adventure, must survive the impact of the world.”

5) Master of Two Worlds: The hero now embodies both worlds, no longer fully of one or the other. Harmonizing one domain with the other is the cosmopolitan challenge of mastery – deciphering a mystic experience without defeating it.

The difficulty is that the discoveries cannot be represented simply – and this is the problem with understanding myth in general. As Campbell explained, “The problem… is to keep [the] symbol translucent so that it may not block out the very light it is supposed to convey.” The hero must find a context for interpretation, relate their unrelatable experiences as a form of mastery.

Keeping this doorway open is “freedom to pass back and forth across the world division… not contaminating the principles of one with those of the other.”

6) Freedom to Live: After witnessing the relationship of oneness that all things are part of, the hero shifts beyond the narrow confines of ego into a selfless existence. 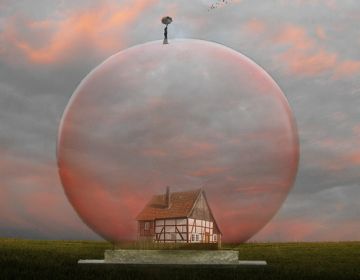 The meeting with the unknown dispels “the need for such life ignorance by effecting a reconciliation of the individual consciousness with the universal will.”

It’s to abandon mere preference for a greater connection, a surrender of staunch certainty to admit the absurd – to accept the indefinable as a natural condition. Casting off these demands frees the perception of life to include many more possibilities to meet the unknown flexibly.

Entering adventure and returning home is to share with others the greater kingdom beyond that of the little king. Campbell understood why myth continues to resonate in the modern heart: because it is a cord tethered to the past, a link to the basic elements of the human equation and our common nature. More than that, they can be used as stepping stones to our own potential – a path we can follow in the steps of the hero.

Have you had a hard time reintegrating at home after your own Hero’s Journey? Share your thoughts below.