14:22 Mar 7, 2018
Top Countries
Top CitiesView All Destinations
Trending Countries
Trending Cities
Load More
Though not allowed to marry in most of the US, 60% of gays in America say their faith is very important in their lives. 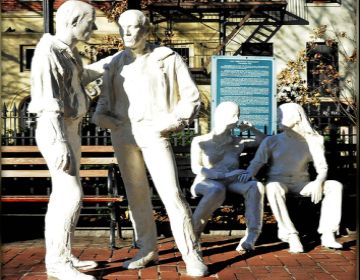 As people in the US continue to debate over whether or not two people who love each other tremendously, but are the same sex, should be allowed to marry, a new survey shows that gays may be more religiously devout than their non-gay counterparts.

The Barna Group, apparently a well-known evangelical pollster, surveyed 9,000 gay, lesbian, and bisexual Americans and found that 70% describe themselves as Christian, with 60% saying their faith is “very important” in their lives.

…Both anecdotal evidence and some research shows that gays and lesbians who are involved in their churches and denominations are often more committed to the church and more involved in ministry than their straight brethren.

Scott Thumma of the Hartford Institute for Religion Research has been studying gays in churches since the 1980s, and says that he has found gay congregants in every denomination, even evangelical and Mormon congregations.

What are some of the reasons for the stronger showing of faith? Gibson noted a few possibilities, including the desire to “avoid the risk of eternal punishment,” or the draw to minister to others because of their own experiences, which brings in the Christian ideals of forgiveness, redemption, and acceptance.

There is also the theory that once a person has discerned one call from God, they are more adept at understanding God’s call to ministry.

No matter the reason, it certainly makes me wonder if conservative, straight churchgoers will continue to call gay people heathens. This survey seems to throw that insult out the window.

What do you think about the survey’s findings? Share your thoughts below.

The spookiest mythical creature in every country in the world
30 awesome Japanese idioms we should start using in English
20 of the funniest idioms for people learning English
This photographer took an illegal tour of Chernobyl. Here’s what he saw.
How to celebrate Wiccan Samhain instead of Halloween this year