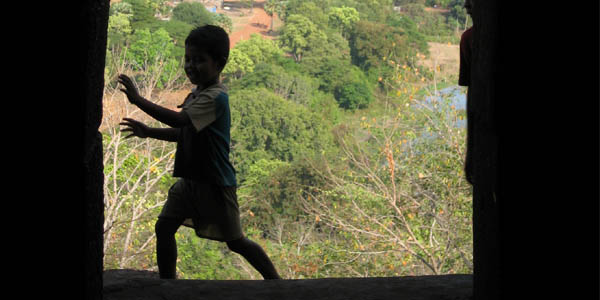 They say some cultures believe you steal their soul when snapping their picture. Find out how to interact with the locals without dooming them to limbo.

OTHER THAN FELLOW FOREIGN BACKPACKERS, my early photo albums rarely have shots of actual people.

It’s as if the local populations were non-existent, or at least hiding in their homes whenever I happened to wander into town. This had led to some odd conversations with family and friends after arriving back home. “So…where is everyone?” they’d ask.

The truth of course, was I lacked the confidence to actually snap a person’s photo.

There’s no denying it’s a common invasion of privacy, especially when a number of tourists treat them no different than capturing a photo of the scenery.

As Darren Rowse writes, “I realized that my approach was totally arrogant, disrespectful and very rude. People are not ‘Ëœtourist sites’ – they’re people and they deserve to be treated as such.”

“A much better approach is to take photos in a relational way. This doesn’t mean you need to have talked to them for hours, swapped numbers and told you deepest secrets before photographing them – but it does mean that taking their photograph can actually become a friendly interaction between people from different cultures.”

That’s not to say some people don’t love having their picture taken.

When hiking into the town of Lovoni on the island of Ovalau, Fiji, I happened upon a group of gardeners at the end of their day.

With little formality, they lined up, hoes slung over their shoulders, and invited me to preserve the memory on my $15 point-and-shoot camera.

I snapped two while they stood with proud smiles on their faces, then promised I would send them copies (which I did).

A few years later I was exploring the ruins of a hilltop temple in Cambodia. While wandering the doorways with my wife, we couldn’t help but notice the presence of two children flitting in our footsteps (though they tried playfully to remain hidden).

We waved hello. The giggled and waved back before disappearing around a rust-coloured corner of the temple wall. I continued to take photographs of the ruins. 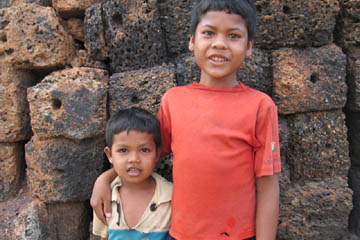 Eventually they gathered the courage to tug on my shorts and point towards the digital viewer (this time I was armed with a Canon Powershot S80).

Much to their delight, I showed them some photographs. They were clearly enthralled.

While it’s generally understood to always ask permission before taking a child’s photograph, I could see no parents in the vicinity. I took the opportunity to mime my way into asking if they wanted to see themselves in the camera.

They nodded and stood against the temple wall, the older boy with his arm around the younger’s shoulder, a smile on both their lips.

I took a few shots then waved them over. They looked and nodded approvingly, before dashing away into the late afternoon sunshine.

I wanted to send them a few copies but I doubt these children had an email address. Instead we called out goodbye and made our way off the hilltop, down hundreds of steps with ancient serpent statues lining our descent.

I felt a little guilty for taking their picture without parental permission, even if the parent’s were nowhere to be seen.

Yet if I had attracted negative karma I doubt my wife and I would have been stopped by the three earnest monks we encountered on the way down. Instead, one of them promptly demanding we have our photo taken with them.

Afterwards, one of the monks gave us some gum. Go figure.

Anyone else have some useful tips or hilarious/embarrassing experiences asking for someone’s photo? Feel free to leave a comment below.