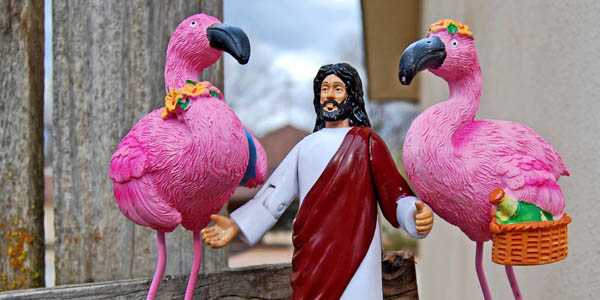 Feature photo by Flickmor. Photo above by teresia.

A one on one interview with Jewish author Benyamin Cohen about his book “My Jesus Year: A Rabbi’s Son Wanders the Bible Belt in Search of His Own Faith”

Ask Benyamin Cohen, and you’ll find that there’s a 50/50 chance you’re putting on your shoes in the wrong way.

However, the son of a rabbi (whose wife even became a member of the Tribe) and former editor-in-chief of American Jewish Life will also tell you that for a time he wondered if going to church was more fun than a Saturday morning at temple.

What started out as a month in the summer visiting different churches in the Atlanta area for an article for his Jewish version of Rolling Stone soon, with the help of a book deal, became a year full of Evangelical escapades, Baptist benders, and Christian carousing.

Yet beneath the big-picture trip along the Bible Belt was an even larger inner journey for Cohen.

In between Rosh Hashanah, Yom Kippur, and the release for his memoir-cum-travelogue, My Jesus Year, we chatted about that journey. 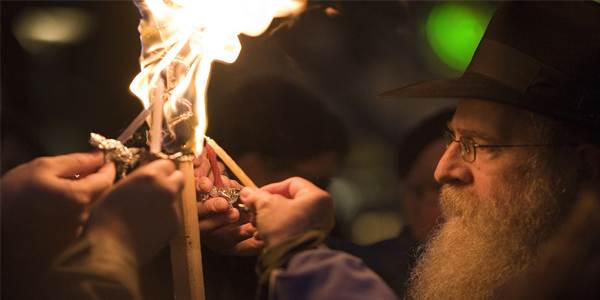 BENJAMIN: I grew up the son of an Orthodox rabbi who built a 1000-square-foot synagogue onto the side of our house. So I guess you could say I was religious.

We kept kosher, observed the Sabbath, and kept the 611 other laws prescribed in the Old Testament and hyper-explained in the thousands of Aramaic pages that make up the 20 encyclopedia-sized volumes of the Babylonian Talmud.

Odd items, too, like not being able use an umbrella on the Sabbath, or being told to put my right shoe on before my left one. This was how Judaism was taught to me as a kid-as one long legal theories class.

Now as adult, no longer living under the rabbinic roof of my father, I am able to experience Judaism in a new light. I no longer feel forced to do these things, but instead choose to do them on my own.

It’s an invigorating experience and one that came about because of the journey I took for My Jesus Year. 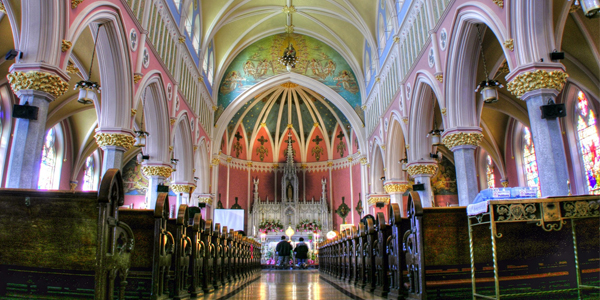 How did you make the jump from church wonder/envy as a kid to the adult notion of positioning church as an exotic destination (especially to members of the tribe)? Has this been something that stuck with you through the course of your life?

I don’t think our childhood sense of wonder ever really disappears. Not to mention that basic human psyche dictates that we always desire the things we can’t have.

Put those two things together and church became my snake, apple, and Garden of Eden all rolled into one. It simply became something I could no longer avoid if I had any notion of growing spiritually.

What compelled you to continue seeking out the Jesus experience once the article became a book?

I first spent just a summer going to church. While that short exposure to Christianity made for a good pitch for a magazine style piece, it left me unfulfilled in the spirituality department.

Would you consider this your first religious trip, or have you done the Israel tour as well? If so, how would you compare your religious experiences (no pun intended) in the American South versus the Holy Land?

I’ve been to Israel a couple times (my mother is buried there) and, truth be told, the Holy Land never really did anything for me on a spiritual level.

I didn’t have any “Aha” moment there. I guess the reason is because I’ve been on a constant religious journey my entire life. Not a day has gone by where Judaism wasn’t always front and center in my mind.

Even on the most basic level-from what kind of food I can eat to reciting a blessing every time I use the restroom (yet another Jewish law), my religion has never stopped being a strong force in my life. 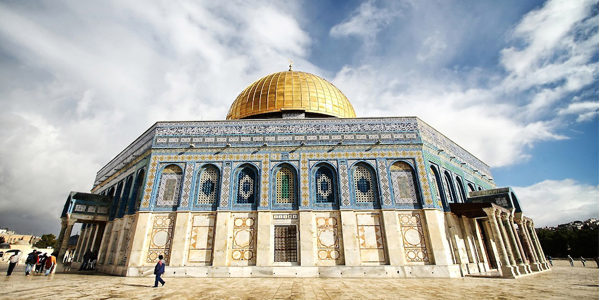 In the New Birth mega church story, you mention hoping to blend in (or at least not stand out too much). Ironically, a sentiment shared by many intrepid travelers who want to meld with their surroundings (and the surrounding people). In the end, do you think it was better to blend in or stick out?

Almost everywhere I went, I wore a Jewish skullcap and press pass so I stuck out like…well, like a Jew in church. It certainly ended up being a better situation for me.

Despite my initial feelings of awkwardness, it allowed churchgoers to not only notice the stranger among them, but engage me in conversation as well. It’s how I met many of the people from my journey.

The overarching journey of this trip seems to be an inner journey-the son of an Orthodox rabbi coming to terms with his own religion and spirituality.

However, you have numerous interactions with natives to the Christian/Catholic faith (and a few mentions of invasion of personal space). How did these external encounters influence your internal journey?

I’m certainly a guy who likes having privacy and enjoying my personal space.

But, as I mentioned above, I don’t think I would have met as many people-people who ultimately influenced me on this spiritual pilgrimage-had it not been for these various encounters.

In a certain sense, the book becomes more about them, these religious characters I meet, and I become merely a fly on the wall observing them. 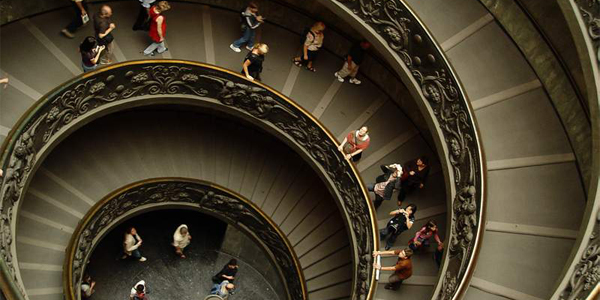 On a related note, churches (and other houses of worship) across the world have become tourist attractions (e.g., Notre Dame, the Vatican, St. John the Divine, etc.), yet many people visit when services are not being held.

How different do you think your trip would have been had you simply gone to church as a physical site rather than church as an event?

I don’t think the trip would’ve been the same at all. Going there for religious services-observing Christians in their natural habitat, so to speak-granted me access and insight I never would’ve been exposed to on a mere field trip.

Conversely, I went to a bunch of places that are not known for being houses of worship (baseball stadiums and Confederate memorials, just to name two) that were transformed into a church for the day.

Those instances, where faith and fandom met, made an even greater impression on me in some respect.

There’s a line between over-the-top and wholly spiritual that each congregation (and yourself) define differently between the different interactions.

Is Jesus becoming gentrified in a transformation similar to many urban neighborhoods? Or is there still a line between the physical space and the spiritual space that we occupy?

What I discovered during this year was that there are more similarities than differences between Judaism and Christianity. And one of those similarities is the plethora of beliefs and opinions within different denominations.

There were some churches I attended that really brought Jesus into the 21st century.

One, for example, was a church that looked more like a coffeehouse, eschewing pews for couches and hipster lounge chairs. But at the same time, I visited churches and even a monastery where modernity was nowhere to be seen.

Each, in its own unique way, makes up the vast and varied collection of Christianity in this country. 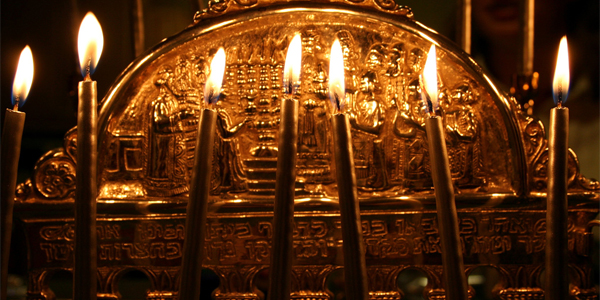 In describing one church, you write in the original AJL piece: “the menorah on the wall, an absurdly placed Judaic symbol, scares the bejeezus out of me.”

Is the feeling similar to running into your boss while on vacation? You also begin the epilogue of the AJL piece with “It’s the following Sunday and I’ve woken up early in a sweat induced state of spiritual confusion. Is today the Sabbath? And whose Sabbath would that be?” Would you call that spiritual jet-lag?

I share many of those same sentiments in the book itself. I’m not sure if seeing a Jewish symbol in church is akin to seeing the boss on vacation.

Since my boss is Jewish, maybe it’s more like seeing my boss in church. I think it was more the shock of finding out that some Christians are a) very interested in Judaism, and b) even go so far as to bring Jewish symbols and even some holidays into their service.

After a year of going to church, I certainly felt some spiritual jet-lag. Besides actually being tired from going to such a myriad of services, I started to feel an odd sense of cognitive dissonance.

As I write in the book, I led the prayer services at synagogue one morning and just the day before I was attending a Catholic mass. I felt like a fraud. Here I was representing my congregation and, little did they know I had been jonesing with Jesus 24 hours earlier.

Well, I guess now that the book has been published, my secret’s out.

I find you make the point that travel is not about the destination as an inanimate object, but rather the experience you have once your there. Was this a deliberate point, or a serendipitous connection?

One of my favorite quotes is “Life is a journey, not a destination.” It’s a guiding principle that lights the way for most everything I do. So in that sense I’d say it was deliberate.

But, by the same token, I never could have planned all that I saw on my church-hopping adventure. The people I met, the places I went, the experiences I had-it was all serendipity played out right in from of me. It was, perhaps, divine intervention.

Visit the official book site for My Jesus Year to learn more.

Royal Caribbean is looking for volunteers for ‘simulated cruises’
Little-known places to get the most breathtaking views in Kauai
A time capsule from the north pole just washed up in Ireland
This new, glass-domed train will take you on an epic journey through the Rocky Mountains
The truth about artificial vanilla extract (and why you should always splurge for pure)