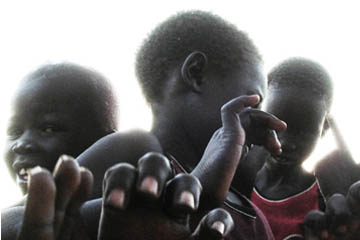 For years, aid to Africa has been a staple of many western nations’ foreign policy, and more than a few famous actors and musicians.

Most of us assume that this aid in necessary for the survival of the African people, especially in the devastatingly war-torn countries, places that experience extreme drought, and the areas most affected by AIDS.

She relates a shocking statistic:

Moyo, who has worked for the World Bank and Goldman Sachs, describes how foreign aid actually hinders self-sustainability and innovation by African people. One example she gave was when a Hollywood star donates a large batch of mosquito nets to be given out for free, it disposes the local business selling these same nets.

Worse, she says, is that much of this aid breeds corruption in African governments, as “pity” from western nations puts money in the hands of corrupt and tyrannical leaders while turning a blind eye to their actions.

She also says that the world’s view of Africa plays a major role in the issue of aid:

The largely unspoken and insidious view that the problem with Africa is Africans – that culturally, mentally and physically Africans are innately different. That, somehow, deeply embedded in their psyche is an inability to embrace development and improve their own lot in life without guidance and help.

What African nations should do instead, Moyo says, is invest in bonds and the sale of African food and goods on the world market, and work more closely with China, who at least gives the impression of business between equal partners.

She adds that current aid could be funneled toward microfinance.

Yet critics say that her focus on market investments as the answer to Africa’s problems falls flat in the current economic crisis. There is also the issue of China’s not-so-impressive-stance on human rights.

What do you think of Moyo’s take on aid to Africa? Share your thoughts in the comments!