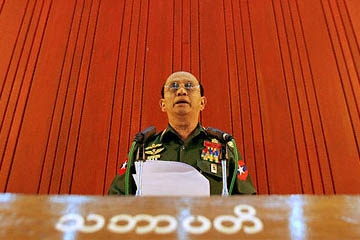 The reason for the inclusion?

Thanks to their majority stake in Lonely Planet, BBC Worldwide are now responsible for the Lonely Planet guide to Burma, undermining the democracy movement’s calls for a tourist boycott.

But do the BBC, and the 30 other tourism groups listed, deserve to be thrown in alongside nefarious oil and gas companies?

London-based pressure group Burma Campaign UK, believes so, “Our reviews represent the views of the Burmese democracy movement,” says, Campaign Officer Johnny Chatterton. “By going to Burma on holiday tourists are paying for the military machine that keeps the regime in power.”

Since 1962 Burma has been controlled by a military dominated government. Current leader Senior General Than Shwe identified tourism as a vital income source and, having used forced labour to build tourist facilities, now profits from many hotels and airports.

“Burma will be here for many years,” Suu Kyi said. “So tell your friends to visit us later. Visiting now is tantamount to condoning the regime.”

Half this money is spent maintaining military strength, not educating or caring for Burma’s people.

In response, the leader of the democratically elected National League for Democracy Aung San Suu Kyi, now under house arrest without trial for over 12 years, requested tourists avoid visiting the country.

“Burma will be here for many years,” Suu Kyi said. “So tell your friends to visit us later. Visiting now is tantamount to condoning the regime.”

Currently, thanks to this unsettled political landscape, only 750,000 tourists visit Burma annually, compared to the millions who flock to neighbouring Thailand.

BBC Worldwide have stressed that their decision to publish a guide to Burma does not represent support for the current regime. It, they say, provides information and lets readers decide for themselves.

Lonely Planet guides pride themselves in being independently written, offering impartial advice without any political affiliations. In the Burma guide they choose not to specifically state which hotels are regime owned, (no comprehensive list is currently available), but they do advise that such establishments are easily identified

“The first chapter of the guide presents all the issues and includes the views of Aung San Suu Kyi and the Burma Campaign UK,” says BBC Worldwide Director of Corporate Affairs Jennie Allen.

“For travelers who decide to visit Burma, it provides information which, if followed, will help maximise support for the local population and minimise the prospect of money going to the military regime.”

There is no arguing the regime is indeed brutal and shouldn’t be supported.

In September 2007 Buddhist monks protesting against government were fired upon by security forces resulting in many deaths. More recently, obstruction of aid relief following Cyclone Nargis undoubtedly resulted in additional suffering to the country’s people.

But is discouraging independent travel the correct course of action? 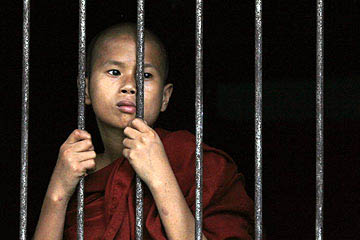 Isolation, they claim, will only make the military government stronger and the people poorer.

Hannah James, editor of Real Travel magazine, agrees, “Independent travelers return with tales of locals desperate for visitors to come and an understanding of a country that the dictatorship just won’t allow to escape otherwise.

“If we stop going, are we turning our back on the military dictatorship or on the Burmese people themselves?”

Johnny Chatterton disagrees, “I would say that the people of Burma – represented by their politicians and trade unions – are the best qualified to judge whether tourists can play a positive role in their country.”

Some argue that the Burmese regime is no more brutal than those of other tourist destinations. But the reality is that Burma is different. Human right breaches can be directly connected to the tourism industry and the resulting revenue is helping the regime continue.

BBC Worldwide’s guide, which they say will continue to be published, simply presents the information, leaving the decision its readers.

Even Rough Guide, in supporting the request for a tourist boycott, stresses it is a personal choice for individual travelers to make.

“We’re here to inspire and encourage travel, but we try to do so in as responsible a way as possible,” says Hannah James.

“The independent traveler will go to Burma if they want to, and it’s our job to best equip them to deal with the experience in a suitable manner rather than ignore them, and therefore the Burmese people, entirely.”

Readers of Lonely Planet are generally knowledgeable of political situations and fully aware of ethical travel. Their journeys tends to benefit local communities and small businesses first and foremost.

Ultimately, in publishing the Lonely Planet guide to Burma it is difficult to argue that the BBC Worldwide is supporting the Than Shwe’s regime.

Travelers will decide on their own merit the ethical issues of traveling to this controversial but no doubt beautiful country. And hopefully they will help by either spreading knowledge or financial support.

What is your stance on the controversy? Share your thoughts in the comments!