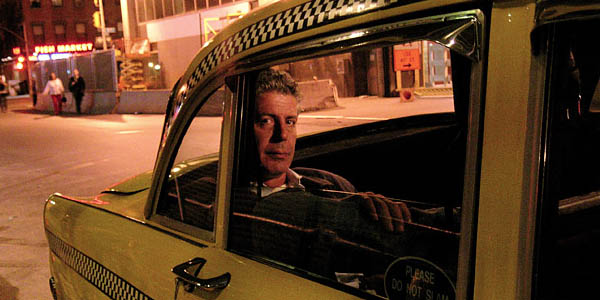 Anthony Bourdain is TV’s top travel chef – but what does his wit represent about Americans’ attitudes toward the rest of the world?

Most TV travel hosts have their own unique gimmicks – some are chefs, some are anthropologists and some are ex-TV commercial actors.

They generally resemble a breed of explorers who are defined by virtually nothing other than their gigs.

Travel hosts range from men who don’t know any foreign languages but understand the international language of the palate, to middle-aged housewives who just really like shopping.

Naturally, networks are sending out adventurers that match certain audience demographics, but how much consideration goes into what worldviews these shows are exporting to the rest of the world?

If America had to get together and consider exactly what type of attitude a person should adopt to react to foreign customs tactfully and also emit an aura of “Americanness,” who would be the best choice?

Anatomy Of A Host

Bourdain is the host of Anthony Bourdain: No Reservations and also a well-known chef who frequently terrifies competitors on “Top Chef” with his glib critiques of their dishes.

In addition, he excels as a writer, and has written cookbooks, both non-fiction and fiction books and maintains a blog on the Travel Channel’s website. He writes with detail, verve and wit, as can be seen in this passage from his blog:

I discovered today that she [his one-and-a-half-year-old daughter, Ariane] adores polenta–served with the hot, rendered fat of roasted game birds. And that she goes absolutely bat shit over risotto made with wild nettles. And when her Mom dips a finger in the local red wine, she greatly prefers it to juice. This makes me very proud.

Bourdain is tall to an awkward extent, towering over everyone in Vietnam as his long torso proves to never fatten despite the constant stream of food and alcohol he ingests.

He is racially ambiguous, with gray hair and dark, sun-burnt-looking red skin, but his last name is French. He often seems insecure, and his constant smoking and drinking would suggest that he’s done a lot to overcome an intelligent, nervous introversion. 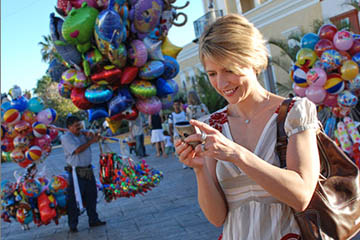 The advantage of Bourdain’s particular demeanor is best explained by his contrast to fellow network star Samantha Brown.

Brown is petite and blonde, bubbly and overeager to the point of being patronizing. She could easily be in your Bible study or leading your niece’s Girl Scout troop.

Bourdain traffics in the self-deprecating cynicism of Hemingway-reading Americans who know what “post-modern” means, and Brown works in what should be called “trinketism,” a lens that views foreign things as first and foremost “neat” in order to get over a sheltered xenophobia.

The difference between the two is easy to see when both shows demand of them a similar experience: doing drugs.

Bourdain was sent to a forest in Peru where he drank a tree bark tea said to be sacred for the hallucinations it causes. Brown was given the task of visiting a marijuana-vending café in Amsterdam.

Bourdain eagerly drank the tea and then passed out on the ground of a wooden hut after a few moments of poking fun at the network’s restrictions on showing much about his “trip.”

Brown talked chipperly to the barista about how “cozy” the café was, ordered a mango tea, and then later went out to dinner with friends, trying very hard to prove that she had overcome her old notion that Amsterdam was a city full of sex and drugs.

Friendly For The Masses 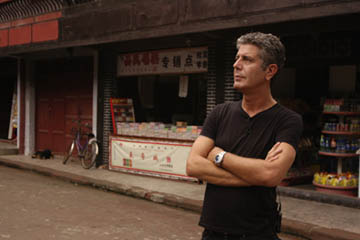 Bourdain’s show is an acquired taste because it displays somewhat of a battle between his New Jersey-grown less-than-sentimental ego and the demands of starring in a commercialized show.

“No Reservations” is edited in an inconsistent way that lets the bulk of the show be Anthony being Anthony, while packaging his persona in a more mass-audience friendly box.

The intro song features a strange rock lick that seems like it was made entirely on a computer and features a fruit-punch bowl of editing that tries to make Anthony look both 19 and far cooler than he probably feels comfortable looking.

The meat of the show is Anthony embarking on odd adventures that his producer seems to mandate, and the editing becomes much more intricate.

Anthony details on his blog the way in which his editors attempt to research the artistic history of every nation that he visits in order to mimic particular styles of aesthetics.

Then, the end is forced to tie things up cutely to get watchers back in a buying mood, and Anthony attempts to come up with an all-encompassing conclusion about the heart of the featured country. He always looks less-than-enthusiastic during that part, probably because he’s only been in the country for a few days, and spent a lot of it eating.

An interesting note about Bourdain is that, over his years on “No Reservations,” his cynicism has morphed.

Now, when he talks to people in other countries, he tries to say things about “long histories of appreciating cultural heritage” and he seems like he genuinely means that, no scoffing about the vagueness/cuteness of such statements whatsoever.

The final realization of the host seems to be that not every other nation is breeding a ground of mass-cynicism and that a lot of people actually are proud of the countries they were born in.

What makes Bourdain’s cynicism superb is that it is wise and un-stubborn. He has finally gained the ability to know when to sit back, let a bit of sincerity out and just eat the hog’s anus that the nice tribal leader is offering.

Puzzled Americans who think he’s putting on a polite face can turn to his blog to see what he’s really thinking, because making other countries seem weird and anachronistic is the territory of far too many other travel programs.

What do you think of Anthony Bourdain? Share your thoughts in the comments!