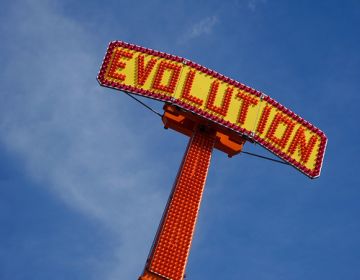 Uh oh, here we go. Seems a new film on Charles Darwin can’t find distribution in the US, despite opening the Toronto Film Festival and being sold to most other countries in the world.

And guess why they can’t seem to find a distributor in the States?

Because Darwin’s “theories on human evolution are too controversial for religious American audiences,” at least according to the film’s producer.

Ok, I know that there are a good amount of people in the US that don’t necessarily concur with what Darwin had to say. But Hollywood isn’t necessarily known for its conservative ways. Didn’t Bill Maher just do a scathing movie about religion not too long ago?

And I’m not quite sure I agree with this comment:

…US distributors have turned down the film that could cause uproar in a country that, on the whole, dismisses scientific theories of the way we evolved.

Really, “on the whole”? But, this is the Daily Mail, and they certainly enjoy making inflammatory remarks.

Then again, with basic health coverage for all US citizens continuing to be labeled as “Socialism,” and that word being worse that the Devil here on Earth, maybe they’re right.

Do you think that on the whole, the US does not believe in evolution, or is this just a media ploy? Share your thoughts below.