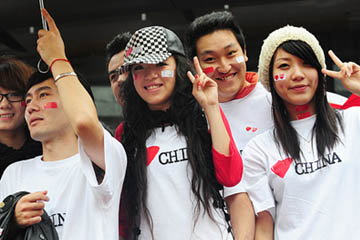 “I see you are travelling in China at the moment. So what about the ethics of that? :-)” read the cheeky comment on my previous article.

Despite my initial belief that it was raised only to diminish the article’s argument, the comment preyed on my mind.

As an online journalist I accept comment and opinion, some fair, some disapproving, and often, as it seemed here, both. I consider myself a responsible traveler so I panicked. Perhaps it was true.

Was I committing a heinous crime simply by visiting a culture that has fascinated me for years?

Not that I’m oblivious to China’s crimes against humanity and the world but I wanted to see for myself. That’s the beauty of travel; you can discover these things in situ. I wanted to read about the politics having been there, and experienced Chinese lives up close, in order to fully understand.

To neglect the people of China over the crimes of their country would be to commit a crime of misguided punishment and ultimately hypocrisy.

I decided that as a Westerner, to neglect the people of China (all billion of them) over the crimes of their country would be to commit a crime of misguided punishment and ultimately hypocrisy.

And as I travelled through China, reading about their problems and criticisms, I realised that despite China’s human rights and environmental crimes being vast and various, none of them are new or even unique to the world’s newest superpower.

What follows is certainly not an exhaustive list of China’s crimes; I have merely skimmed the surface. And although it may appear that I am singling out the US for much criticism, this is not the case; much like China I have simply found them an easy target.

China’s human rights records are reportedly improving thanks to greater transparency in the country but there major issues remain. 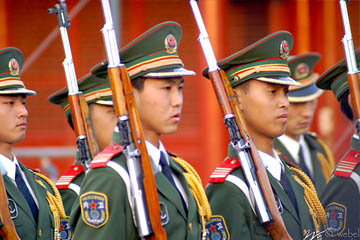 There are still reports of untried prisoners from the Tiananmen Square massacre in detention.

Also a “Re-education Through Labour” policy has seen the detention of possibly hundreds of thousands of people, each one at a high risk of torture or ill-treatment. But China is not alone.

The US is currently fielding similar criticisms resulting from the suspected torture and ill-treatment of long-term detainees without trial or charge in GuantÃ¡namo Bay, Cuba.

And of course there is the Bush administration’s current rendition policy of illegal apprehension and transfer for unlawful detention and torture, which many of their western allies in European states are suspected of supporting.

China is also believed to be the world leader in the use of the death penalty with an unknown number of executions each year, although they have committed to a goal of complete abolition. Meanwhile the US currently has 3,264 prisoners on death row. 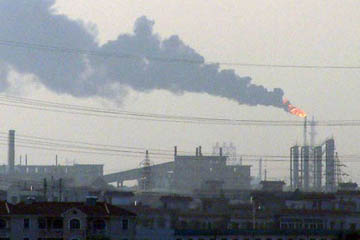 China is ushering in a new wave of modernity thanks to huge investments from western businesses keen to take advantage of cheap labour and tax cuts. This has resulted in environmental issues and questions of western morality.

China now produces huge amounts of pollution. And the residents, now financially better off, seek luxuries like cars and cheap airfares in huge quantities. This behaviour has angered the Western world. But is this not a case of the pot and the kettle?

We have exported to China our most polluting industries, financially exploiting them, and then complain when they pollute as we have guilt free for the past century.

Further, Western businesses are bending over backwards to accommodate the Chinese government’s requests in order to trade, effectively helping them achieve the government’s controversial means.

“Some, like Google, have argued that despite having to limit access to the internet, they are contributing to an overall increase of freedom in China,” Naomi Klein commented in a recent article.

And it isn’t just Google; consider also Cisco, Microsoft and Yahoo, who have all assisted in creating the “Great Firewall of China”.

China’s treatment of Tibet has seen condemnation throughout the world.

Most recently the Chinese authorities used extreme force to squash protesting Tibetan monks resulting in an unknown death toll, although many suspect it reached 250.

But also this year, exiled spiritual leader the Dalai Lama extended the olive branch, insisting his people did not want to break away entirely from China. He also said China was changing through “wider contact with outside world.”

Wider contact that can be encouraged and supported through travel.

I’m not exonerating China of their crimes and I’m certainly not trying to belittle worthy causes and battles against tyranny.

I have simply tried to illustrate that the actions of governments, politicians and companies are not necessarily crimes of the people, and they should not be punished as such.

It would be unfair to deny the country’s people, the real sufferers, the opportunities afforded from the positive Western investment of travelers feeding into and taking away from the country stories and experiences.

The Chinese people, much like us, are simply enjoying the opportunities afforded to them in the 21st century. So just as we continue to travel to Europe and the US, and use Microsoft and Google, why should we not travel to China?

Dispense with our self-righteous standpoint and witness for ourselves this evolving and fascinating land.

What are your thoughts of traveling to China? Share in the comments!