View all travel news
Top Destinations
Top CitiesView All Destinations
Trending Regions
Trending Cities
Load More
An estimated 1 billion people will celebrate Earth Day in ways as diverse and creative as the places where they live. 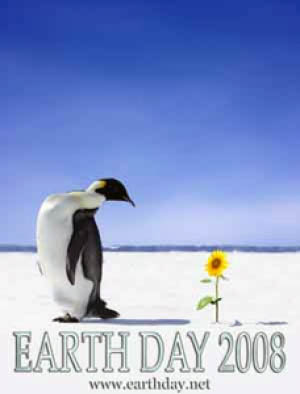 Earth Day 2008 is just around the corner. Join the global celebration for a healthy planet!

On April 22, 1970, 20 million people celebrated the first Earth Day, the brainchild of Senator Gaylord Nelson, one of the most environmentally aware men to ever grace the United States Senate floor.

Senator Nelson observed “teach-ins” on college campuses against the Vietnam War, and believed the same approach could work to bring environmental concerns to the forefront of American politics. He announced his idea during a speech in Seattle, Washington in 1969.

Over the coming months, with help of good advance press from the New York Times, Earth Day became one of the best examples of grassroots activism ever conceived.

How to Observe A Global Holiday

Fast forward 38 years. An estimated 1 billion people will celebrate this global holiday in ways as diverse and creative as the places where they live.

This year’s Earth Day theme is “Call for Climate,” focused on how to abate global warming. But the range of ecological topics is unlimited, presenting a vast array of actions to encourage sustainable living.

Earth Day is a time to recognize and celebrate our collective responsibility as residents of the third rock from the sun.

Here are some examples of Earth Day events around the globe.

The Community Broom Bash is not what most people think. Scotch broom, a nasty invasive plant, is taking over the Mayen Island Conservancy in British Columbia. Volunteers will work to limit its invasion in the reserve from April 19th to Earth Day proper.

Clean up a beach, then watch a dolphin show on Itaparica Island, Brazil. (If I were anywhere near South America, that’s where I’d be).

Expats in China are encouraged to purchase “environmentally friendly light bulbs and showerheads” in coordination with Shanghai’s International School at the Shanghai Zoo on April 19th.

The Green Festival of Israel at the Big Caramiel Centre runs concurrently with the High Holy days of Passover. 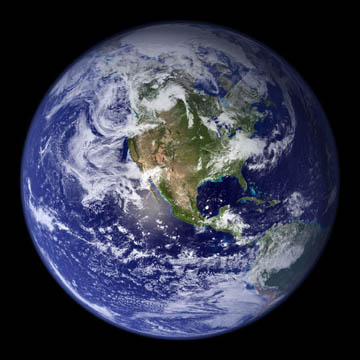 Polar Palooza, Rowdy Dogz Earth Day, No I’m Not a Plastic Bag. These innovative celebrations are testimony to the worldwide recognition Earth Day now receives. Find one close to you on the Earth Day Network.

If you’re unable to attend a formal celebration, there are intimate ways to help lower your human footprint.

For shopping enthusiasts in the States, go to the closest Buffalo Exchange Saturday, April 19th. This very hip second hand clothing store chain will donate 100% of their Earth Day receipts to ensure the continued presence of tortoises on Pinta Island in the Galapagos Islands.

So fire up that solar oven. Buy and eat organic. Pick up plastic water bottles on the side of the road, and then recycle them. Dance to the percussive rhythms of a band from another part of the world.

Earth Day is a time to recognize and celebrate our collective responsibility as residents of the third rock from the sun.

Frogs appear to be a recurring theme for the Matador community this Earth Day. Tim Patterson plans to camp with peeper frogs back home in Vermont.

Lauren Lim will help the amphibians and their toad cousins safely cross the road in Bialovieza, Poland. It’s warming up here in Northern Idaho, so I may encounter a few frogs myself while cleaning up Rathdrum Creek.