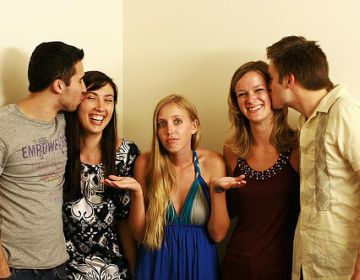 Have to admit, I thought polyamory was a San Francisco Bay Area (specifically, Marin County) original.

Ok, ok, I knew it was probably happening in a few other enclaves throughout the world, like Paris, or Salt Lake City.

But whoa, nelly. Newsweek just did a spread on this type of extreme loving. For those who don’t know, polyamory means having a relationship with more than one person at a time.

What differentiates it from Mormonism is the fact that women also have multiple partners, and marriage isn’t necessarily involved. Newsweek also refers to it as “ethical nonmonogamy,” and estimates that the number of polyamorous couples in the US alone is over a half million.

Naturally, this growing movement has brought out commentary from the religious right. But they are taking a bit of a leap, with some leaders believing that if gay marriage becomes legal, polyamory will become “normalized.” Glenn Stanton, the director of family studies for Focus on the Family, had this to say:

This group is really rising up from the underground, emboldened by the success of the gay-marriage movement.

At the same time, some gay-rights activists are distancing themselves from the polyamory movement. Andrew Sullivan of the Atlantic recently wrote, “I believe that someone’s sexual orientation is a deeper issue than the number of people they want to express that orientation with.” 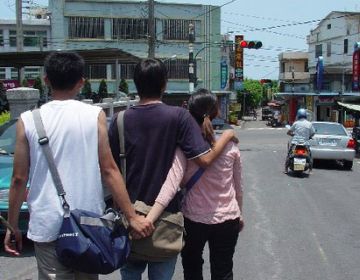 Looks like not all Christians are against this lifestyle choice, though.

In my research, I came across the Liberated Christians site.

Promoting positive intimacy and sexuality including responsible nonmonogamy or polyamory as a legitimate CHOICE for Christians and others/Exposing false traditions of sexual repression that have no biblical basis.

They believe that polyamory is simply the expression of the “God-given natural desire to connect emotionally and sexually with more than one person.” They say that cheating, so common in today’s society, comes from our repressed culture and the stigma that comes with expressing our true desires.

So, contrary to what both the religious right and the gay movements proclaim, maybe polyamory is the natural way. Or is it just an excuse to do whatever our heart desires?

Do you think that polyamory can be ethical and spiritual? Share your thoughts below.

The Hunt for Beyondland: The Great American Family Road Trip
I moved to Mexico for a better life during COVID-19. It’s the best decision I’ve made.
This visualization shows the world’s tallest buildings over the past 100 years
This map shows the most popular film in every country
11 of the most spectacular waterfalls to visit in the US this fall