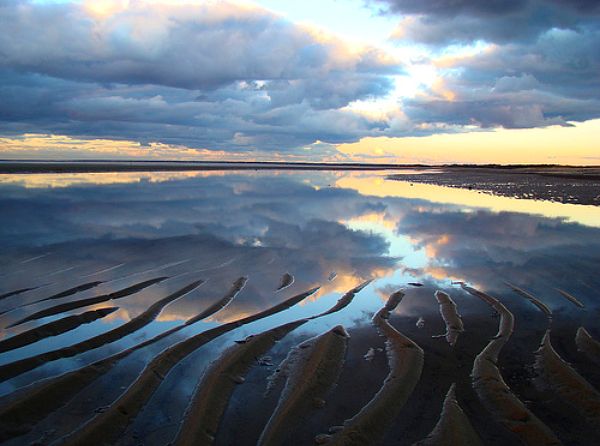 Having faith means being able to sometimes sit with the uncomfortable questions.

The whole of history of philosophy, religion, science, mathematics, has the same root, the same mind – the same itch. You may scratch yourself one way, somebody else may do it differently, but the itch has to be understood. The itch is the belief that existence is not a mystery. – Osho

BNT editor Ian MacKenzie offered me this quote recently, and ever since I heard it, the words have been marinating in my mind.

At first, it seemed to me that Osho was dismissing all endeavors of discovery as pointless, saying that no matter what we do we will never understand life. Ian explained it in a different way: that while we can know some things, many of the pursuits in life are simply a means to wash our minds from the uncertainty that comes with not knowing or understanding something.

Since the conversation was concerning faith, I naturally tried to understand the quote in light of my Christian perspective. What if Christianity (or every other faith) is, more than anything, a search for comfort? A search for a sense of assuredness. Something to hold on to.

Some people would even go so far as to say it’s a crutch.

There are many that take their “faith” at face value without exploring the deeper contexts, and ignoring the hard questions. However, the more I thought about it, the more I became convinced that this isn’t entirely true for the Christian faith.

A Question Of Doubt 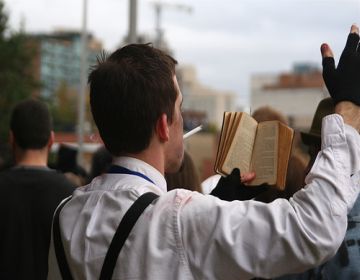 While faith assures us of many things, it also opens up a whole new world of questions, uncertainty, and doubt. Having faith requires a level of comfort with being uncomfortable. It requires knowing that you don’t know everything.

From what is typically seen in today’s world, this may seem counter-intuitive. There are many people who seem remarkably comfortable in their faith. In fact, they are so confident, they feel compelled to tell you and everyone else how right they are.

They’re the ones that end any actual topic of spiritual conversation by becoming angry and asserting their argument with, “Well, God told me so, so I’m right.” How do you argue with that?

Donald Miller has a great quote about humility and faith in “Searching for God Knows What”:

If you ask me, the way to tell if a person knows God for real, I mean knows the real God, is that they will fear Him. They wouldn’t go around making absurd political assertions and drop God’s name like an ace card, and they wouldn’t’ be making absurd statements about how God wants you to be rich and how if you send in some money to the ministry God will bless you.

Too many times people use religion to justify themselves in areas of doubt. Instead of admitting they don’t know all the answers they put up a facade, and refuse to be honest with themselves and others.

The Mystery of Faith

I’ll be honest. When I read the Bible I don’t understand everything in it all the time. There are some confusing parts: 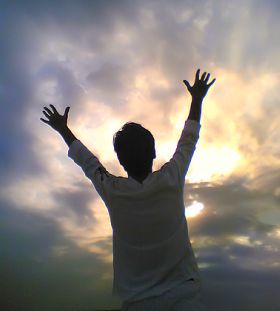 There are areas that are simply hard for me to wrap my mind around. You know what? That’s okay. The Bible actually states that we “cannot understand the activity of God, who does all things.”

That’s not to say I think God is completely mysterious and there’s no way we can ever know anything about Him. I do believe there are some characteristics of God that we can know through his revelation in the Bible and his creation.

I’ve become aware that honestly I don’t know some things and I’m okay with not knowing some things. I’m simply coming to terms with some of my human limitations.

How does a finite mind comprehend something infinite? I have problems comprehending numbers when they get too big. If I can’t understand the concept of 1 trillion (12 zeros by the way), how am I supposed to understand how big “infinite” is?

Perhaps an even bigger question: if we COULD know everything about God and completely understand all of his facets, WOULD that God even be one worthy of worship?

The Unpredictable Is Divine

Part of faith is learning to be comfortable with the uncertainty that comes with life. If life were predictable, it wouldn’t just be boring, but pointless. 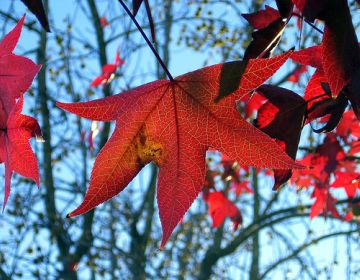 The Divine as seen in nature / Photo: moonjazz

There would be no surprises and nobody would ever pick a bad stock on Wall Street. In John Ortberg book “Faith & Doubt,” he recalls a musician friend telling him “If I refuse to sing a word or play a note until I’m certain of perfection, there will never be music.”

The same is true in faith. If you wait until you know everything about life and spirituality, you miss out on the great journey that faith is. It’s dirty and messy. You fall down. You screw up. But you learn. That’s part of faith. That’s part of life. It’s a discovery.

The truth is that I can make a very good case why I believe there is a God. I’m not sure I can logically prove Him beyond a shadow of a doubt, and sometimes I’m not even sure he’s there, but that’s where faith comes in.

In our Age of Reason, this isn’t a popular stance. Everything has to be testable. Everything has to have a concrete, logical reason or some sort of rationale behind it. I’m not against reason, I just wonder sometimes if we’ve fallen in love with the concept of reason and logic.

We judge so much by reason even though we’re not completely rational beings. Most of the decisions we make are not rational. We’re emotional human beings, not simply logic machines.

We judge so much by reason even though we’re not completely rational beings.

As Osho says, life is incredibly mysterious. God and faith are infinitely more complex than we can comprehend, and to think that we can understand the universe, its complexity and meaning in its entirety seems arrogant at best.

Like most things in life, it comes down to balance. Some things in life can be explained. Others can’t. The secret is learning to be at ease with that which can’t be known while simultaneously searching for an understanding of what can be.

What do you think about faith versus reason? Share your thoughts below.