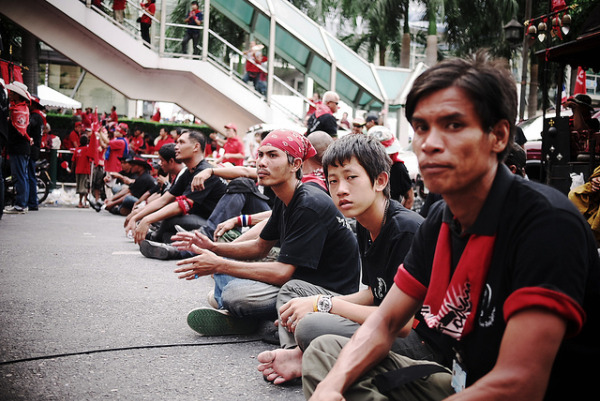 An author’s room in an upscale hotel in Bangkok is the setting for lessons on escape, liberation, and constraint.

For travelers like me, it is not enough to stand back and take snapshots of tall buildings. I want to meet the elevator operator, hear his thoughts on politics, get an inside opinion on the best unknown restaurants in the city.

Turned off by tourism’s oily artifice, I prefer to immerse myself in local life. But as the vacation pendulum swings toward authenticity, might it meanwhile swing away from fantasy? Can a thoughtful traveler still take a vacation devoid of depth, an uncomplicated getaway?

This question hovers like a specter over those venturing, suitcase in hand, into tumultuous political climates, such as Bangkok experienced in March and April of this year. During those months, the city where I live and work was persistently on the brink of violence.

Tourists watched as authenticity encroached on the fantasy worlds of hotels and shopping malls, and they responded by fleeing the city in droves – while razor wire and weapons lined the streets, their decision was obvious. But in the aftermath of conflict, a gray area emerged: is it generous or just morally wrong to be a tourist in a city so recently devastated? 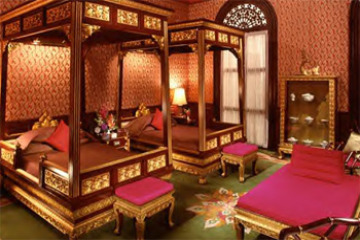 My stay in Bangkok’s most famous hotel, the Mandarin Oriental, came just eight weeks after a tense standoff downtown that ended in bloodshed. (And while the burning tires have been put out, political passions still smolder, threatening to reignite).

The visit was equally tremendous and surreal. Adding to the paradox was the room’s theme, which commemorates Somerset Maugham, a closeted orphan/spy/author whose biography is shot through with double meanings.

The Maugham suite is one of the Oriental’s celebrated author rooms, housed in an exclusive wing on the original site of the hotel. Maugham is one of a number of writers – a distinguished group that also includes Joseph Conrad, Noel Coward, James Michener, and Graham Greene – whose past visits to the hotel have inspired the creation of specially-designed suites.

Maugham’s room touts the brassy luxury of 1920s Europe draped in motifs of Siamese silk. Mid-afternoon light pours through giant picture windows that frame the river from the living room, like a patrician’s view of the Thames.

A brass bowl of Thai fruit, surreptitiously topped off by the butler each time you step out, sits on the breakfast table, as in a painting. By contrast, the bedroom is a scarlet-red inner sanctum with towering ceilings that feature gold stars in the Ayuthayan style.

The visit was equally tremendous and surreal.

The entire suite draws you in from the first, plies you with aura, and really never stops impressing. Beyond the room, a private hallway lined with vases and tapestries leads toward the author’s lounge, where afternoon tea is served every day in a warm, white room amidst skylit tropical plants and photographs of mid-Chakri Dynasty Siamese royals.

There is an airtight continuity between the atmosphere of the Maugham suite and the rest of the hotel. 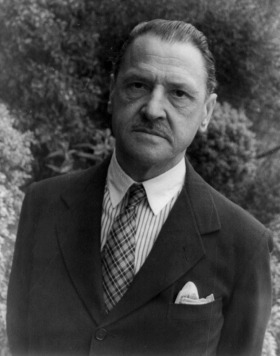 The man behind the room

Maugham’s actual time in Asia was a bit less fantastical. He nearly succumbed to malaria while staying in Bangkok, for one thing, and penned some pretty bitter words about the city, calling the food “insipid” and the heat “overwhelming.”

But even while healthy, the Englishman was engaged in a purposefully difficult process of self-discovery – modeling, forty years before the Beatles, how many Western travelers regard Asia today.

In “The Gentleman in the Parlour,” an account of Maugham’s journey through the erstwhile kingdoms and states that now make up Southeast Asia, he wrote that “the most awe-inspiring monument of antiquity is neither temple, nor citadel, nor great wall, but man.”

His travels were not just a search for aesthetic beauty, but an exploration of the human condition via Eastern mysticism. He was looking, surely, for something authentic in himself.

Introspection justly suited an author whose books often read like therapy sessions for his own traumas. Maugham was gay in a time and place where he could not be open about his orientation. Reading him with the benefit of hindsight, he seems everywhere to hint at inexpressible passions, describing beautiful boys as the objects of his male protagonists’ insane love and jealousy.

But just as friends, of course.

Contradictions of Liberation and Constraint

These passages are among his most tragic. Meanwhile, the probably autobiographical bildungsroman “Of Human Bondage” follows a young man named Philip who, like Maugham, was orphaned at a young age, and spent a lifetime trying in vain to compensate for the loss of his mother.

Philip continually discovers, through his tears, that painful breaks are actually the best source of emotional development. It is certainly no coincidence that “Of Human Bondage” was written smack dab in the middle of the career of Sigmund Freud. And as I think about the violence that took place just a few months ago on streets not far from here, I wonder of the development of this city.

Maugham seemed always to be wrestling with a single contradiction: that escape is equal parts liberation and constraint.

Maugham seemed always to be wrestling with a single contradiction: that escape is equal parts liberation and constraint. Standing in this room, the lessons are driven home: this hotel contradicts the experience of the people of Bangkok. Tourists came here to escape, and then experienced the constraint of real bloodshed. Liberation arrives in small doses.

When traveling – that is to say, when escaping for a while – fantasy vacation worlds are forever being invaded by reminders of the complexity outside. And the real world, in turn, is beholden to our fantasies.

Do you think travel can ever really provide an escape from reality? Share your thoughts below.