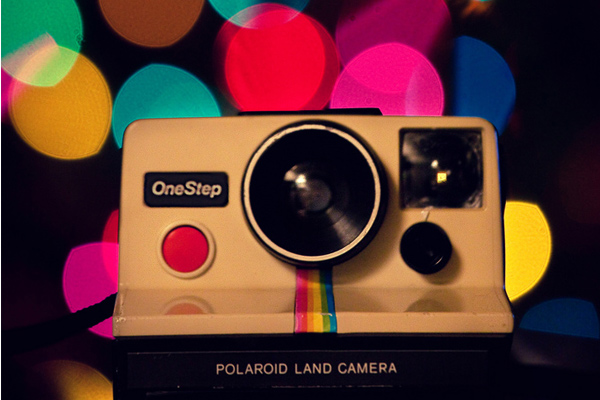 Ever tried to capture the moment, only to have it slip through your fingers because they’re full of gadgets? Ever returned home from a trip with a full memory-card, but an empty heart?

IF SO, YOU MIGHT BE suffering from Gadget Block – a terrible modern affliction of the geographically minded. You’re so obsessed with recording your experiences that the recording itself is your focus. You’re trying to recapture experiences with the aid of images, notes, tweets and texts – but you can’t recapture something you didn’t have in the first place.

If you think you might be afflicted, that’s not surprising – because we all are. We’re children of the Information Revolution, and there’s never been a generation so buried under “experience-enhancing” technology. We’re so surrounded by shiny things that we can barely see daylight.

There is a cure, but it’s not for the faint-hearted.

Cameras can’t make memories. A photograph is only a two-dimensional image and even the best photo can’t capture the richness of what our eyes actually see.

Let’s try an experiment. Look out your window for ten seconds, then quickly write down what you saw. Chances are that you’ll jot down a more complicatedly biased story than any camera in the world is capable of telling. You’ll care about some elements more and your gaze will favor them over less ‘interesting’ stuff. Half the view is sky? Who cares – look at that plane!

This explains that special disappointment that comes from looking at a photo you took and marveling at how surprisingly small the subject looks. Seen in person, your mind’s eye inflated it, made it solid and whole. The camera hasn’t – and the result is tiny and flat.

The way around this is to see first and record later. Make a conscious effort to first take in a scene yourself, to forget digital posterity for a minute (or two, or three) and really look, hear, smell, and touch.

Use your non-biological technology as a backup, nothing more. Delay the moment you reach for your gadget as long you feel comfortable – and then just a little bit longer. And keep doing that. Bit by bit, you’ll (re)learn to rely on your own senses first.

Remember: if you’re seeing something for the first time through the lens of your camera, you haven’t truly seen it yet.

Sip The World Through A Straw

But what if those delaying tactics aren’t working? Maybe the problem is overconsumption.

When you get back from trotting the globe and you sift through your mixed media in search of those golden nuggets to treasure, how much do you truly use? How much is wheat and how much chaff?

See if you can work out a daily average: numbers of words used, number of photos taken. Got that? Now double it. That number is your new upper limit. So let’s say you’ve decided your average is 20 usable photos a day. Doubled, that’s 40 photographs, no more, that you’re allowing yourself every day of your next travel adventure. (No, you can’t give yourself extra by deleting unwanted photos on the fly – that’s cheating. It’s 40 clicks of the shutter, period).

What will this painful, maddening exercise do? It’ll make your photos a limited resource. You’ve nullified one of the main reasons to switch to digital – deliberately! Yes, you’re nuts, but you’re also forcing yourself to photograph only the most important things, and to do that, you have to know what they are. You have to see them first.

Think the last suggestion sounds like torture? Maybe it’s time for a hardcore intervention. The extreme cure for Gadget Block is simple: you leave everything behind. No camera, no notebook, and no sneakily using your iPhone. Absolutely…nothing.

It’s easy to see why this is an appalling idea. No reminders, no aids, nothing to show the folks at Christmas when everyone’s too full of food to escape your slideshows. But there is a way to keep those memories fresh in your mind – and it’s the oldest one in the book.

Congratulations! You’re about to become an oral historian, following in Homer’s footsteps (the Greek one, of course) – and it’s in the recital of your adventures that you’ll be recording them, lodging them deep into your memory and into the imaginations of others.

See it, remember it, perform it to others – keeping your experiences alive in the telling of them. It’s not just epic poets that advocate such an approach to learning – as part of his 7 Habits of Highly Effective People, Dr Stephen Covey recommends teaching skills to others to truly master them yourself.

For the sake of your memories, would you leave all your gadgets behind?