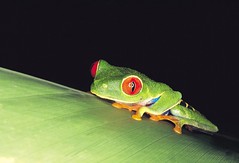 Tourism is the world’s largest export, yet it is ephemeral, produced within an encounter, usually fleeting, between host and guest. It has enormous growth potential; almost every country desires an expansion in this sector.

Yet whether and how to grow is not nearly as straightforward as one might hope.

Because each tourist and each native brings along a unique jumble of expectations, knowledge, power, and aspirations, multiplying tourist encounters transforms the tourist and the native, and can permanently alter the social and political contexts in which they live.

When people, who believe they are so different brush up against each other, they exchange more than cash. Tourism always contains a message: this is what we value, this is what we don’t.

Tourists come to see some things and not others; they vote with their money but also with their feet and their eyes and ears. Local people look back, and change as a result. Natural sites and ceremonies change in response to the presence of tourists.

International tourism presents itself as straightforward, passive and benign, yet it is complex, interesting and important, full of contradictions and depths.

Here are nine of tourism’s most conflicting paradoxes:

1. Only through artifice can locals meet the tourist demand for authenticity.

By definition, tourists travel to encounter the different, the original, the authentic. In this globalizing world, what they want is regional and unique. Only through display and packaging are they confident about what is worthy of attention.

As Dean MacCannell explains in The Tourist, there must be an obvious front to an attraction; only by going through it into the ‘back’ do tourists know themselves to be in the zone of the authentic.

Natural sites, too, need to be framed. Gates, permits, and interpretive texts set them apart from the mundane. Complicated staging allows tourists to recognize, by sight, the actual thing.

Of course, living culture and the natural world are characterized by being integral, not at all separated.

2. To capitalize on what you already have, you must borrow. 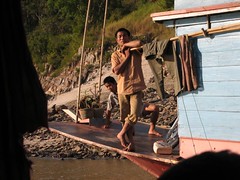 Tourism can provide the ideal export for developing countries, which avoid debt by capitalizing on what they already have: a unique culture, a singular natural environment, and a definite place in world history.

The government faces a choice: it could build them itself. The financing would come from foreign lenders, placing the country in debt, or come from local tax revenue, making local people pay for major infrastructure and services that will only be used by outsiders.

Or the government could allow others to build. With foreign investment, the country relieves itself of providing capital, but forgoes profits.

3. What is environmentally sustainable is often unprofitable and insulting.

Environmental degradation results from tourism as well as from general human activity. Ecotourism developed as a way to prevent and reverse this damage.

Ecotourists distance themselves from mainstream hotel tourists; they pay to sleep in tents on platforms in tropical rainforests, to swim along reefs, to walk over a tree canopy on a net bridge.

They value the ecosystem as it is and are willing to pay for its preservation. In this way, they create an incentive for local people to refrain from using natural resources for short-term gain.

What is fortunate for the birds is not always so fortunate for the local people. In order to be environmentally sustainable, eco-tourists have to be few in number. The economies of scale that allow tourism to be profitable cannot operate in a small bush camp.

Ecotourism proves that tourism does not have to be in conflict with environmental preservation. Unfortunately, it also proves that the realm in which the environment and the economy can be mutually supporting is tiny. 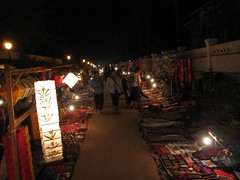 Tourism favors the visible parts of a culture (handicrafts, costume, and architecture), and slides over those that are not, like the rules governing seating on a bus, assumptions about clergy, or bases for legitimate authority. In this way, tourism favors what can be commodified.

One way to preserve traditional crafts and folkways is to market tradition, using the production process and ethnic-heritage connection as a brand name that increases the value of an otherwise uncompetitive item.

Because souvenir stores sell baskets, weavings, carvings and preserved foods, all typically produced by women, the result of exposure to the market can raise the position of women relative to men, and the position of the household economy relative to that of the formal economy.

But it also alienates the producer from what is being produced, as mass production eschews meaning. When non-commodities, such as religious objects, go up for sale, not only does their status fall, but their price tags give a clear sense of the worth powerful people accord them.

Tourists of every stripe give most of their money to corporations headquartered in and owned by the wealthy countries.

New hotel chains bring blueprints and contractors of their own, marketing departments and managers who come with the hotel. When tourists buy combination package deals their spending is contained, literally, within the corporate fortress, whose goal is to contain leakage.

6. Governments pursue tourism to benefit the local people, but become oriented toward outsiders.

This natural external quality combines with international lending conditions to orient the government to foreign, rather than domestic, interests. To obtain loans and ultimately create revenue, a government (of whatever size) has to please outside investors and potential travelers.

Once an airport is built, there are advantages to economy of scale, yet that prevents economic diversification, making the entire economy more dependent on a single, outward-oriented sector. Tourism lends itself to politics with an authoritarian cast.

7. Attempts to present living nature or culture to tourists have the effect of deadening them.

Cultural idiosyncracies and natural spectacles change over time. Tourists can’t be attracted, however, to an unstable and ambiguous culture, nor to a natural site that is in the process of transforming itself. 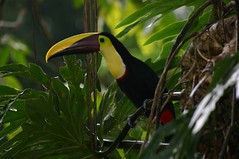 As a consequence, efforts are made to fix and standardize: folk dances, tortilla-making, and peace pipes, bird habitats and the course of the Amazon have all been bounded and defined. Real life proceeds around them. Had they not been fixed, however, they would not be accessible.

Much of the real cultural change comes from tourism itself. Tourists look, but locals look back. They see bikinis, independent women, wasted food. They see Westerners wanting to have their pictures taken with locals, but not to pay them or offer a favor in exchange.

Insofar as culture involves subtle valuations, etiquette, and meanings, tourists at a minimum present an alternative to local culture, and at maximum a critique of it.

8. Tourism is the best possible development sector and the most treacherous.

Whoever owns and runs the main tourist industries profits. Visitors to and employees of hotels and museums, corporate shareholders and state officials, all can benefit.

The tourist enjoys a luxurious holiday, and in exchange local employees, shareholders, and the state all benefit directly. Many more benefit indirectly as dollars multiply through the regional economy.

Tourism is, however, a risky investment. Owners have to be careful not to price themselves out of the market. Even unique sites compete with others.

Beach or jungle countries are interchangeable in tourists’ eyes. Investments can’t be guaranteed. Small islands and remote provinces have to maintain airports capable of handling international jumbo jets, have to create roads used mainly by tourists and to provide fresh water for hotels. 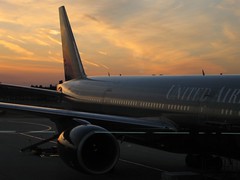 Yet volume can be cut to less than half in one day with a single hurricane or a terrorist attack; or it can peter out more slowly as a resort becomes less desirable. Empty hotels, wildlife sanctuaries, and jet-skis can’t then be turned into anything that local people need.

When successful, countries and localities are faced with a dilemma: allow it to remain an enclave sector, limited in benefits, or force it to grow roots, extending benefits but also deepening dependence on a single, fickle industry.

When unsuccessful, tourism investment is an economic loss like any other, with an added twist. Governments cannot declare bankruptcy, but are stuck with their losses.

9. Tourism pretends to be apolitical

When tourists encounter local people, they bring with them the weight of their expectations, their leisure and their power. Locals see this, and respond: they react against it, make a counter offer, or adapt to expectations.

This seemingly trivial exchange can have profound economic, environmental, cultural and political effects, not only on individuals but on the global political economy.

The exchange it pretends to be passive, yet it is produced by an encounter between host and guest in which anything is possible.

A longer version of this article was originally published in ReVista. Reprinted with permission.

Cheryl Shanks is an associate professor of political science at Williams College. She is the author of Immigration and the Politics of American Sovereignty, 1890-1990, and articles on international organization. Her current research focuses on territoriality. She teaches on the politics of global tourism at Williams College.

Do you agree/disagree with these paradoxes of tourism? Have you noticed how tourism affects local populations?