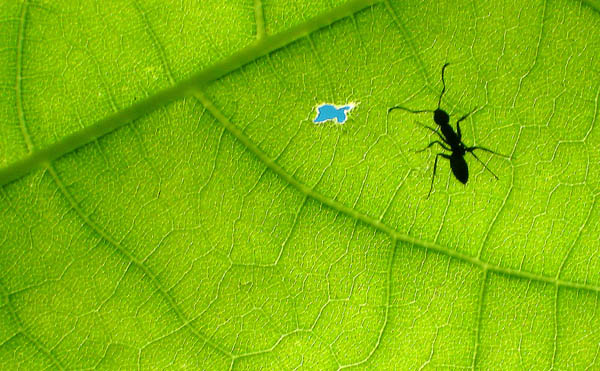 Marc Latham finds philosophical inspiration in a colony of ants in Africa, culminating in an ‘Ant Theory’ of humanity’s place in the universe.

Traveling offers us the chance to let our minds roam – probably more than at any time in our lives.

Not only do we have ample time to think, we also continually encounter new and exciting features of the world: amazing animals, diverse human cultures and awesome structures.

While I’ve certainly enjoyed the experiences for their aesthetic value and brilliance, I’ve found my thoughts turning to theories and philosophy. After all, Sir Isaac Newton’s groundbreaking theory of gravity was supposed to have been inspired by the chance witnessing of a falling apple.

One particular event stuck with me:

I was walking along a track near the Kibale Forest in Uganda, where I witnessed our closest evolutionary relatives: chimpanzees. Yet it was not my encounter with the chimps that inspired my thoughts, but a column of ants crossing a path.

As I watched the ants I thought how they resembled a column of human travelers seen from above. Looking closer, I saw ants guarding the flanks, as human soldiers might for a civilian convoy. The ants were oblivious to me and the potential threat I posed: they were focused on their immediate surroundings in the insect world.

Maybe we are a part of something much bigger and intelligent than we can even comprehend.

While some ant species have managed to travel the world, as we and our machines are exploring our universe, ants don’t have the ability to comprehend Planet Earth as we do.

This inspired me to think how it may be the same for humanity in the great scheme of things. As ants are part of our existence but have no concept of humanity; maybe we are a part of something much bigger and intelligent than we can even comprehend.

It’s not the ants’ fault they cannot grasp this greater truth – just as we are limited by our own intellectual range. We may never have the intelligence to know the true meaning of our universe and existence.

The limits of our understanding were highlighted by a recent BBC Horizon television documentary on black holes: Who’s Afraid of a Big Black Hole?

The show included Professor Michio Kaku and Professor Max Tegmark explaining how growing evidence of black holes in space has cast doubt on Einstein’s theory of general relativity, which was the accepted theory of nature for much of the twentieth century. 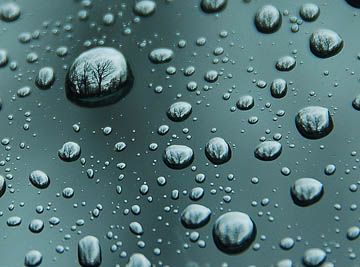 The scientists don’t think we have even created the equations for working out a theory of everything, let alone solved them.

Although the obvious limitations of scientific theory seem to open the door to religion, our growing understanding of the immensity of the universe also brings religious texts that focus on Planet Earth into question.

If we accept current astronomical discoveries as factual, why would a God spend so much time creating a massive universe, with ‘biblical’ sized events such as polar lights, tsunamis and volcanic eruptions on trillions of unmanned planets and stars for billions of years before humanity acquired the technology to observe a little of it?

We Don’t Know What’s Out There

I believe humanity’s ability to explain our cosmic role is limited today because we have hardly left our planet. We have not seen the ends of our universe.

In reality, humanity has only been physically exploring the cosmos for the last fifty years; a minuscule amount of time in the great scheme of things.

The concluding sentence from one of the scientists on the Horizon documentary admitted: “We don’t know what’s out there. People might give you an answer, but they’d probably be wrong.”

Relatively speaking, I believe we may know as much as those ants in Kibale knew about the planet we share. Our place at the moment is somewhere between ants and the unknown – offering plenty of terrain left to explore.

What do you think of the “ant theory” of the universe? Share your thoughts in the comments!