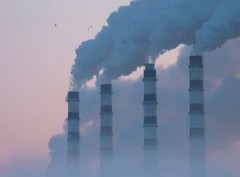 You may have heard of the recently announced collaboration between the University of California and BP in a big-money deal to research biofuels and thus address sustainability, tackle the energy crisis, etc.

BP PLC, the green-minded oil producer, in February chose the University of California at Berkeley to help lead low carbon research, starting with biofuels. BP plans to spend $500-million over a decade.

This is perhaps the biggest collaboration between the corporate sector and academia in history, all in the name of developing alternative fuels to handle the growing energy shortage. Or is it?

The real energy crisis is that we have too much energy. The way politicians, the media, corporations, economists, make it sound you’d think we don’t have enough now, and that we’re heading for greater demand because of population growth and economic expansion.

This is a good test for my rule of thumb about reality: whatever they’re saying on the TV news – on Fox, on CNN, – is probably just about the opposite. If you watch the news and play a game of “opposite day,” like we did in third grade, then you’ll have a better idea of the truth.

So we’re supposed to get excited that BP and UC are going to spend a lot of money (mostly public subsidies) on high-tech research and development to discover or invent technologies to solve the environmental and economic problems.

They will be able to (finally) apply technology to solve the problems created by technology. Talk about fighting fire with fire! 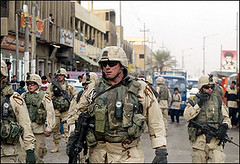 What this is really meant to do is allow us to continue conducting business-as-usual. The fundamental tenets of the faith of modern economics aren’t being questioned.

This UC-BP collaboration is just the latest and most ostentatious denial and refusal to address the only two rational questions regarding the so-called energy crisis:

To address the first question, I’ll offer a few examples.

For one, a ton of energy goes into the military. The military is fighting in Iraq and elsewhere to get more energy (such as oil). If we just stopped fighting so much we wouldn’t need so much energy. Fewer people would be hurt and killed and there would be less incentive for terrorism.

That solves many problems at once. But the military contractors, engineering outfits and weapons corporations don’t like this solution.

Also, a huge amount of our energy goes towards pumping water to service industrial agriculture, along with scads of energy for fertilizers, pesticides, farm machinery and food processing and transport. In general, an all-around nightmare.

If we reformed our agriculture system and embraced small-scale, self-reliant permaculture and organic agriculture systems, we could use way less energy. But the big agribusiness corporations don’t like this solution either.

Where else do we use a lot of energy? We drive a lot. People in cities like Atlanta commute, on average, over an hour to work, one way. That’s a lot of driving time, a lot of gas burned. 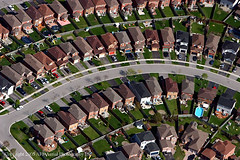 Some very silly people, like me, use a lot of energy flying all around the world in airplanes to learn about and work for ecological sustainability. (I plead no contest. So it goes).

And we use a lot of electricity. In the average American home, the TV is on almost eight hours per day. And it’s a double wammy since what’s on TV is advertisements that cajole people to go out (in their car) and shop, shop, shop.

People going out to buy tons of crap they don’t need, because commercials have made them feel inferior.

You get the point. The energy we have now is used for destructive, wasteful, and/or unnecessary purposes. None of the stuff I listed makes our lives any better.

In fact, it makes our lives worse. Three hours round-trip commuting in Atlanta traffic sucks. I don’t care if you do it in an air-conditioned Lexus SUV.

The medium of television could make our lives better but it doesn’t. Most of what’s on there is garbage. The rest is advertisement – advertisement for garbage.

Sometimes people ask me, “Josh, what’s the one thing I can do to really make a difference in my life and the world?” First I give them a hard time for wanting the easy way out, for looking for the one thing, the conscience-cleansing “silver bullet” they can do for a better world.

Once I’ve dressed them down I tell them the best thing they can do is to stop watching TV. “It’s mind poison. Literally. Stop poisoning yourself.”

Once I’ve dressed them down I tell them the best thing they can do is to stop watching TV. “It’s mind poison. Literally. Stop poisoning yourself.”

If I could do one massive experiment on the whole US I would take away TV for a month. Once a chunk of the population survived the mind-poison withdrawal I bet great things would start to happen.

People would shop less, exercise more, talk to their neighbors, maybe even, dare I say, read a book or plant a garden. You can bet the social and political landscape of the US would look mighty different.

Accessing new energy sources will certainly exacerbate this problem, not ameliorate it.

As an example in support of my argument I offer myself – I spent the winter living fantastically abundantly with a very small Ecological Footprint in a locally self-reliant organic farming community in northern Thailand.

I can attest that the quality of life is very high, despite the relatively low (material and energetic) standard of living.

You can also see why the proponents of the big-money, high-tech R&D deals like the UC-BP collaboration will never get this. Because it’s hard-wired into their paradigm that quality of life and standard of living are positively correlated, even that they’re synonymous. 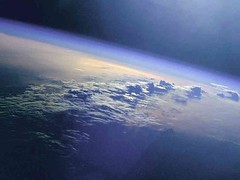 That’s how they can be so tremendously irrational in assuming that continually pursuing more and better technology will solve the problems created by technological expansion. You try to tell them that quality of life and standard of living for many people in the developing world (and almost everyone in the West), are inversely related and see how far you get.

It’s like trying to tell conventional economists that economic growth is making us worse off instead of better off. They just won’t get it, just can’t get it.

It means calling into serious question fundamental axioms of the whole modern paradigm. If they did they’d be out of a job and replaced with people who would more assiduously keep the dogma.

Over the past century, modern civilization has behaved like a ten-year-old with a fire hose when it comes to our energy use. We need to ask ourselves what really makes for quality of life.

Our rampant pursuit and use of energy for transport and to power all sorts of new techno-gizmos, not to mention the out-and-out destruction caused by militarism, economic globalization and industrial agriculture, is killing us and the ecosystems we depend on.

The win-win solution of embracing high-quality, low energy and small footprint lifestyles is there, it just requires a bit of swimming upstream in the current cultural milieu. You can start by turning off the TV.

This article was originally published on Josh’s blog. Reprinted with permission.

Update: No Impact Man wrote a powerful post on this topic as well. Be sure to check out “Can capitalism survive environmentalism?”

What do you think about the crisis of too much energy?