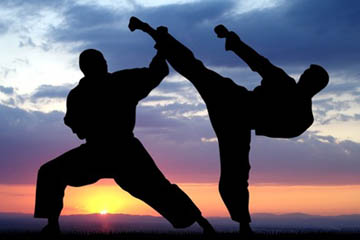 Logic is about staying awake – paying attention to detail to avoid being gulled into false conclusions.

Traveling out of your element raises the risk of erroneous judgment. Though mistakes may take many forms, being aware of proper logic will allow you to learn the concept behind the flaw, and keep alert to when they pop up.

In Part I of the Kung Fu Warrior’s Guide, I discussed foils to a few typical formal fallacies – logical arguments with flawed construction.

Now we turn to informal fallacies.

To illustrate, consider this sketch from Monty Python: a pet store owner tries to distract a customer, who demands refund for the recent purchase of his pet bird. When the owner claims the Norwegian Blue has beautiful plumage, the customer insists the point is irrelevant, as the bird is stone-cold dead and had been nailed to the perch to appear alive.

Informal fallacies are essentially distractions, addressing points having little or nothing to do with the issue at hand.

More varied than formal fallacies, they are perhaps more common – especially in bickering Internet forums, hokey salesmanship and shady politics. Like the uncle who made quarters appear from your ear, informal fallacies misdirect you into thinking something’s true when it isn’t.

Here are 3 types of informal fallacies:

Ad hominem (“against the man”) is a biggie. These fallacies are committed by attacking not the statement, but the person making the statement.

Ad hominem attacks try to render a statement invalid by discrediting the speaker.

“Otto insists travel can be done for practically nothing. That makes him a bum/communist/thief/spoiled rich kid/mooch/all of the above/etc.”

The one has nothing to do with the other. While a conclusion may be inferred by other sources – such as Otto’s fondness for Marxist literature and naming his dog Che – nothing can be deduced from the original statement.

He could just easily be a successful capitalist who’s written a book on budget travel, or a poor kid who’s learned how to get around with less. None of this can be confirmed.

Ad hominem attacks try to render a statement invalid by discrediting the speaker, and are often abusive as well as unsubstantiated.

Author and antitheist Christopher Hitchens welcomes ad hominem attack as a sign he’s winning, due to lack of reasoned argument. Unfortunately, though, appeal usurps reason in many areas of life, including shooting messengers who correct mistakes.

For example, Al Gore’s correctness about global warming has nothing to do with his politics. While his political leanings may draw his interest to the issue, the argument cannot be undone based solely on his affiliations – only the legitimacy of the scientific data. Period.

EEEEE-yaaa… (Remember, it’s an informal fallacy, so take it easy.)

Witness a fallacy of ambiguity. What, precisely, is meant by “greatest?” Greatest selling, longest on the charts, most widely recognized, most “mind-blowing”?

In this case, “greatest” isn’t defined, and can only be taken as subjective opinion. Nothing wrong with that – but there’s no ground for argument because taste isn’t something you can prove as true or false. “I like the Beatles” or “Thailand rawwwks!” are preferences, not propositions.

But the issue isn’t in taste – it’s in the uncertain term “greatest.”

A: I rewrote my list. Now, truly, it’s the greatest songs of the seventies.
B: But you forgot The Carpenters. The. Carpenters. You. Dolt.

Still ambiguous (and partially refuted by ad hominem). Note that ambiguity can work to your advantage; some politicians are magicians of double meaning:

“I did not have sexual relations with that woman.” – Bill “Slick Willy” Clinton. 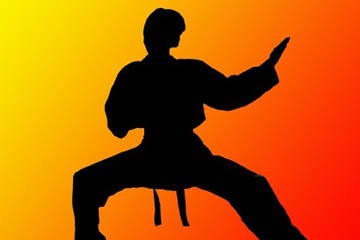 John Q. Public sits down to read the morning paper. “Living in Sydney: Expat Tells All.” “Humph,” snorts John Q., “no American would want to leave the greatest country on earth.”

He continues reading about how much the expat enjoys her life abroad as a proud American, and clarifies his statement: “No true American…”

No True Scotsman fallacies are like moving the goalpost. A concept is set up; in this case, all Americans value being in America. Then the boundary is made fuzzy, and “American” is defined by display of patriotism.

It’s easy to see how “being American” or “patriotism” become unreliable criteria when someone refuses to stick to a definition. They both become exclusive ideas with shifting borders, usually for private gain.

In other areas, like the Tourist/Traveler Distinction, being a traveler becomes a tough-guy contest, while people who just want to take it easy for a while are made out to be ignorant and materialistic.

The problem is that the real matter of travel – meaningful experience – gets muddled by cliquish behavior. It’s easy to see how communities, even whole countries, can become polarized by a No True Scotsman fallacy.

Informal fallacies can be subtle or glaringly obvious. But because there are so many of them, appearing so frequently, they are regularly accepted without much insight.

The key to avoiding logical trap is open-mindedness: acknowledging your preference, but allowing for another point of view. Only this will permit the pupil of logic to become enlightened to the ways of deception and move to a higher plane.

From a clear mind, the pupil becomes serene and wise; faced with human failings and logical pitfalls, the student rises from meditation, studies the peril calmly, and

What do you think of informal fallacies? Share your thoughts in the comments!

Skip Marfa for These True Small Town Texas Experiences
The 6 Best Great Smoky Mountains Waterfalls and Swimming Holes
The Truth About Artificial Vanilla Extract (and Why You Should Always Splurge for Pure)
Watch: Here’s Why Campfire Smoke Always Blows in Your Face
The 6 Most Underrated Caribbean Beach Towns You Need To Visit