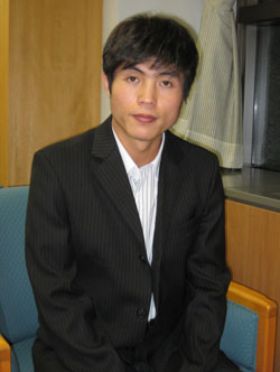 Few of us think that concentration camps could exist in our world today.

But with the recent decision by the North Korean court to sentence two American journalists to 12 years hard labor, the stories of escapees and former guards hitting the media show these camps are very much alive.

Shin Dong Hyuk was born inside of North Korea’s “total” control prison No. 14, where he was forced to watch the execution of his mother and older brother because of their attempted escapes.

His mother was hanged and his brother shot nine times.

Falling under the state’s guilt-by-association law, Hyuk was set to be in the camp for life. Due to his family’s attempt to escape, he suffered particularly badly by the hands of the guards.

This included being severely burned all over his back when he was 13 and having his middle finger chopped off for accidentally dropping a sewing machine.

He decided to try escaping himself when he was 22, only after hearing stories of the “outside world” from a new inmate. He has scars on his ankles to always remind him of that day, when his feet got tangled in the electric fence that took the life of his fellow escapee.

Breadth Of The “Work” Camps

An ABC News article says that according to US State Department estimates, there are somewhere between 150,000 to 200,000 political prisoners in the camps, some of which have been depicted to be 200 miles wide.

The same article notes, “North Koreans have been sent to work camps for watching DVDs of South Korean soap operas and sitting on a newspaper that contained photographs of President Kim Jong-Il.”

At least one of the camps had a gas chamber where chemical experiments were conducted on the prisoners.

Worst of all, several years ago it was determined that at least one of the camps had a gas chamber where chemical experiments were conducted on the prisoners, including babies.

As I read through the articles, I couldn’t help but wonder how? How do these camps exist at this point in time?

And yet the accounts of both Shin Dong Hyuk, and Kwon Hyuk, a former military attaché who revealed details about the gas chamber, both believed for many years that the treatment of the prisoners was justified.

For Shin Dong, he felt no pity for his parents because “they tried to escape. Naturally, death was the price they had to pay.” Kwon believed that all bad things that were happening in North Korea were the fault of these prisoners – that is what they were “led to believe.” He explains:

It would be a total lie for me to say I feel sympathetic about the children dying such a painful death. Under the society and the regime I was in at the time, I only felt that they were the enemies. So I felt no sympathy or pity for them at all.

The Psychology Of Oppression

I then realized that once again, it was all about psychology. 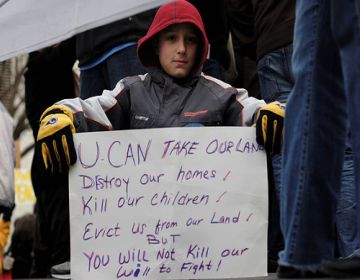 Even the young are ready to fight / Photo: ^Berd

Many of us who live in the West often wonder how in the 21st century, the continued bloodshed in Darfur is possible, and why China continues its crackdown on Tibet.

When we look back in history, how could the Nazis ever gain the power to exterminate over six million Jews?

But yet there were few (mainstream) dissenting voices in America of invading Iraq in 2003 and even less of going into Afghanistan after 9/11.

I’m not here to say the latter was right or wrong, but rather to say the psychology behind those actions – threaten what we stand for and we will band together to retaliate, no questions asked – is the same psychology used in all forms and on all sides of oppression, including in the Germany of the past and the Darfur, China, and North Korea of the present.

Sometimes the truly oppressed will use this mindset to creatively gain ground. Other times, instilling beliefs around who is a threat, and who is the enemy, is a way to make people do things we can’t imagine a “normal” human being doing, such as feeling no pity for the death of one’s parents or having no sympathy for a baby who is being killed.

The most important question is, how do we use psychology to free people from beliefs around threat and retaliation? Share your thoughts below.