MY ENGLISH TEACHER once told me that good short stories were the ones that spoke to universal truths.

These were the stories that go beyond mere characters and their antics through an imaginary universe. They offer an insight into the human condition: what is life? what is truth? what is reality?

The same could be said for memorable films. Only films convey their meaning in a more sensory way – using both audio and visual elements to enter the mind of the viewer. And perhaps even shift your perspective.

The following 10 films are chosen because they shed light on the forces at work within our lives, this very moment. They use satire and metaphor to approach the truths that would otherwise be too difficult to understand, or too terrifying to comprehend.

Most of all, these films challenge you to wake up. 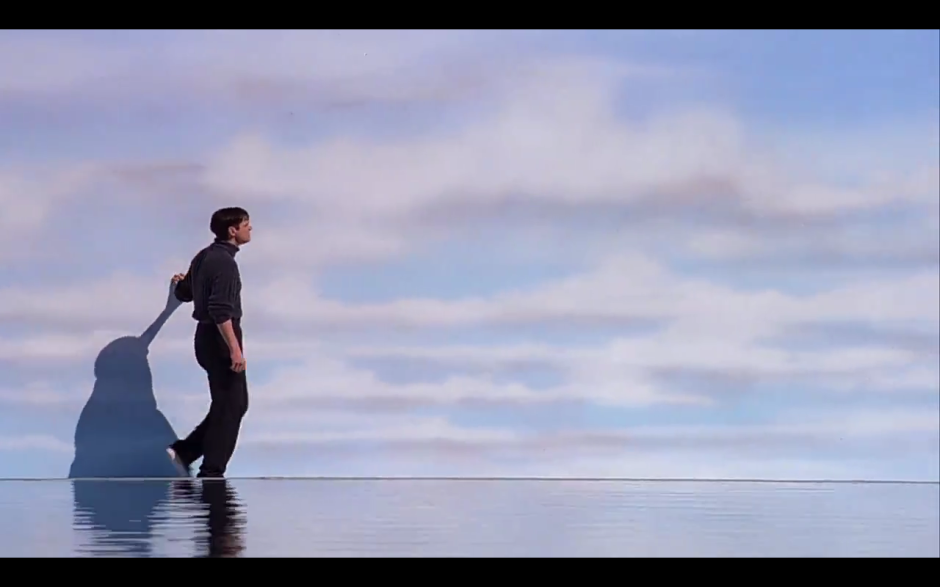 Jim Carrey plays Truman Burbank, the first child ever legally adopted by a corporation. His entire life is constructed inside a gigantic set, encompassing the picturesque town of SeaHaven. Everything is artificial — from the buildings, to the people, to the very sun above his head.

It’s too easy to call the film a satirical extension of “reality television.” Instead, Peter Weir deftly uses the motif of reality TV to present the “un-realities” of our own world. How the majority of us are psychologically controlled, through fear and comfort to, as Cristof says, “accept the reality of the world that we’re given.”

Read more: The Meaning Of The Truman Show 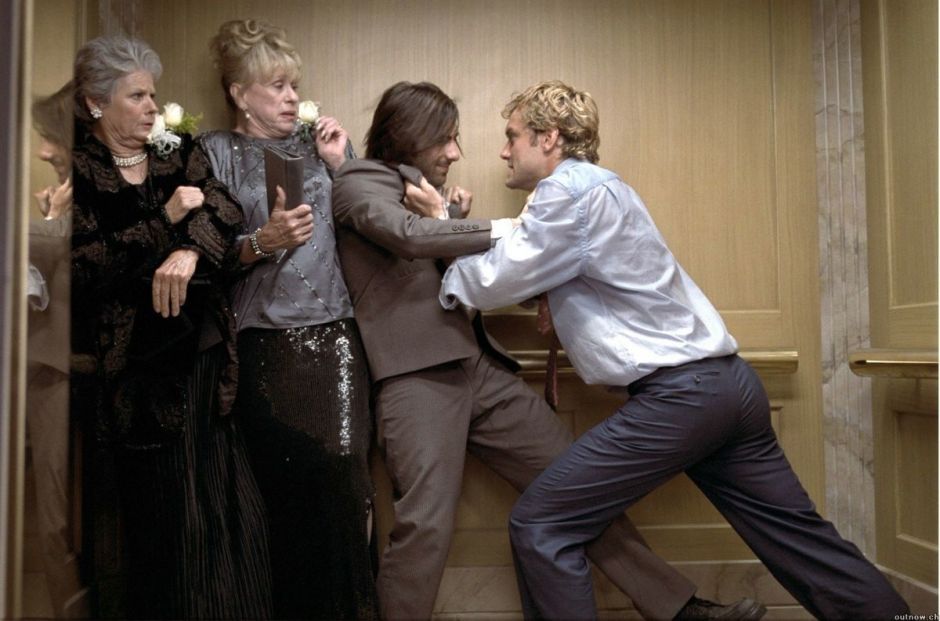 Imagine you were experiencing an existential crisis. But rather than work through it yourself, you hire existential detectives to help you track down the source of your suffering. Imagine one of those detectives is Dustin Hoffman with a bad haircut.

I Heart Huckabees is a quirky, rabbit hole of a film. Many of the characters, from the smarmy marketing executive (Jude Law), to the angry nihlistic firefighter (Mark Walberg) act out the various philosophies of the past thousand years.

What if you were chained in a dimly-lit cave your whole life where you saw only shadows of real things reflected on its back wall?

Suddenly you’re free and come into the sunlight. Would you recognize this new world as more real than your cave world? Would you be able to wake up?

Talk about a mind trip. Richard Linklater’s film Waking Life, is both visually beautiful and intellectually stimulating. The filmmakers use a ground-breaking technique (at the time) called ‘rotoscoping’ to colour over the images to create a dream-like animation.

Just a few of the ideas covered in unbroken dialogues: dreaming versus reality, existentialism, buddhism, situationism, post-modernism, the list goes on.

For obvious reasons, this was a paradigm-shifting film in the world of movies. But it also introduced a whole generation (myself included) to question the nature of reality. What is real? And how do you know it’s real?

The film’s other great contribution to mass society was the possibility that an unseen force is controlling our destiny. Morpheus reveals the ultimate truth that Neo’s mind can barely process: the Matrix is control. And the only way to break free? Open your mind.

Read more: Collection of essays on The Matrix 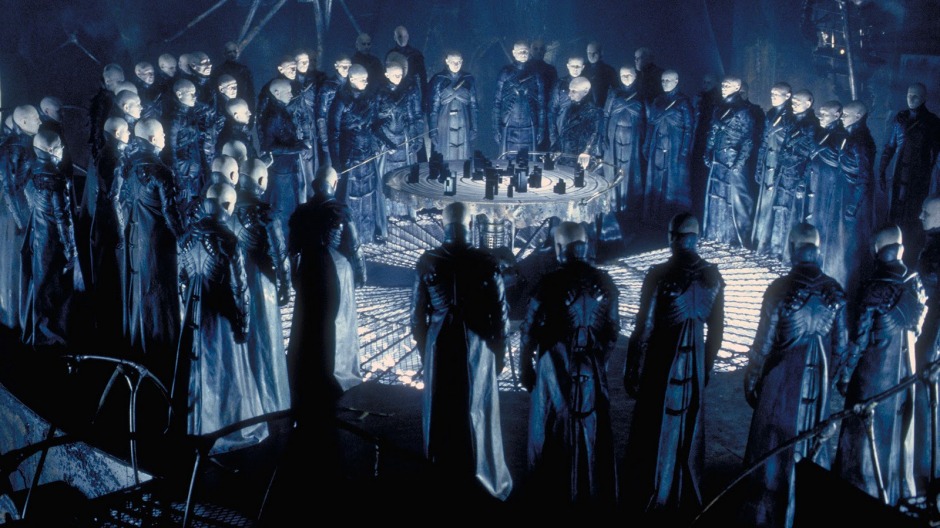 Do you ever feel like you’re playing a role? Released 1 year before The Matrix, another film introduced the concept of a hidden beings controlling the destiny of humanity.

Dark City follows Rufus Sewell, a man framed for murder, as he’s pursued by faceless super beings that can manipulate time. Unfortunately for the beings, the protagonist is unwittingly gifted with their own powers of psychokinesis, and a challenge for domination ensues. 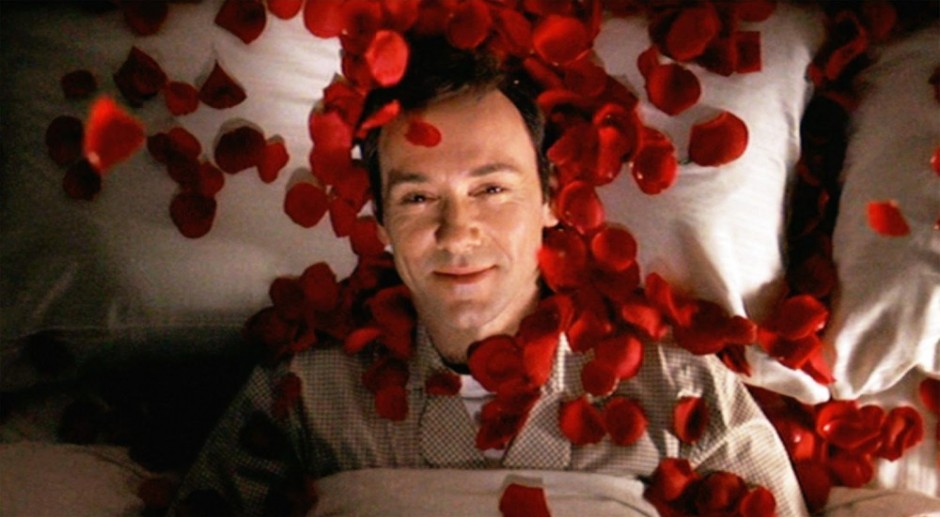 Notable elements of this award-winning film include the dehumanizing effects of consumerism, the repressed sexuality of a gay military man, and the pot smoking defiance of Ricky Fitts, who sees the beauty of the entire universe in a single, swaying plastic bag.

Read more: American Beauty and the Idea Of Freedom 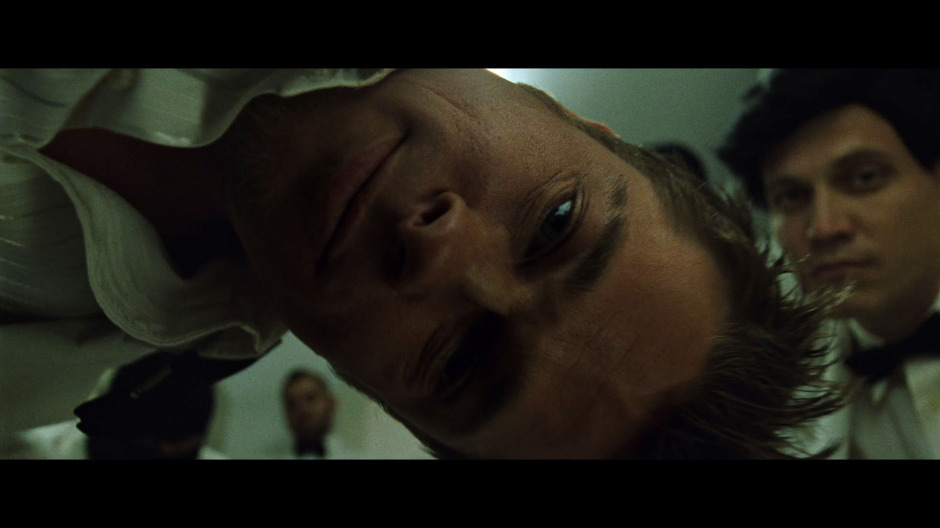 “Advertising has us chasing cars and clothes, working jobs we hate so we can buy shit we don’t need. We’re the middle children of history, man. No purpose or place. We have no Great War. No Great Depression. Our Great War’s a spiritual war… our Great Depression is our lives.”

Tyler Durden’s words ring true in this dark, angry look at young people’s failures to interact with the value system they’re expected to uphold. Far from being a manifesto for violence, the film is rumination on the lengths we will go to experience real emotion, even if it means (metaphorically) bashing someone’s head in.

Sometimes, to make something better, you’ve got to burn it all down and start over. Such is the relationship between Graham Greene’s The Destructors, and the cult classic Donnie Darko.

The film seamlessly weaves together notions of God, the non-linear nature of time, mind-control, and the freakiest bunny mask you’ve ever seen. It may take multiple viewings to discern a few messages from this multi-layered flick, but each time around will be just as rewarding. 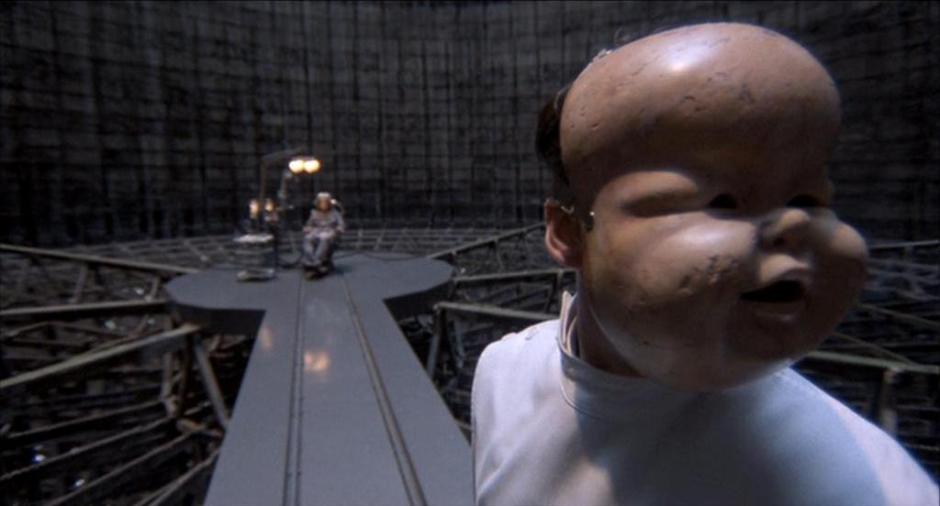 A dystopian, black comedy, Brazil reveals the terrifying indifference of bureaucracy in a totalitarian state. Although director Terry Gilliam claims never to have read 1984, the themes are too similar to dismiss.

Sam Lowry, a government cog in their machine, habitually escapes his dead-end job by imagining a fantasy world of romantic struggles.

Unfortunately, the system roots out dissidents with fervour. The villains in the film are neither malicious nor sadistic, they are merely doing their jobs. 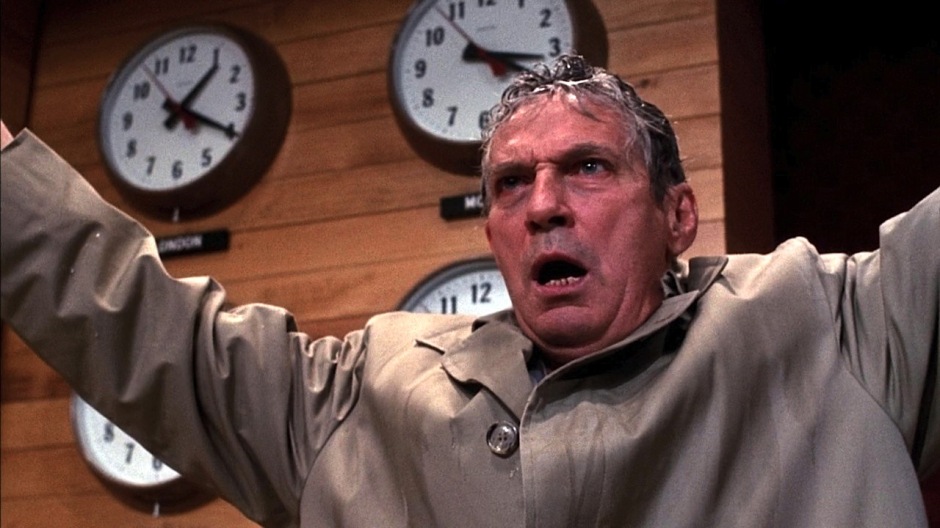 The news stopped being about enlightening the masses a long time ago.

Instead, news attempts to portray a world view that allows those in power to stay in power. This is never more true than 30 years after the film Network was released, when Howard Beale proclaimed “I’m mad as hell, and I’m not going to take it anymore!”

He called for viewers everywhere to stand up, and demand democratic control over their lives once again. The irony is even more biting when it’s revealed democracy, along with nations, peoples, and countries, no longer exists. The only thing left: the global system of finance.

Read more: The Rise of the Superclass 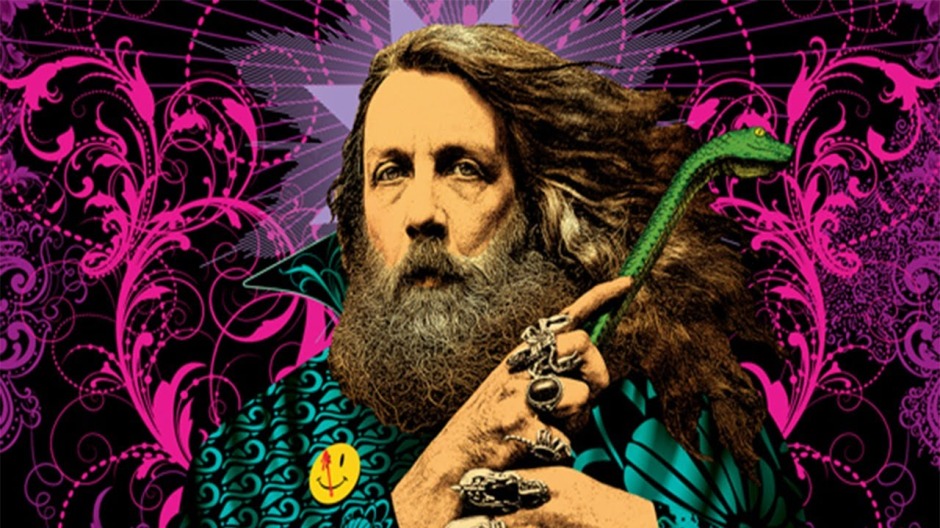 Even if you’ve never heard of him, you’re intimately familiar with comic book writer Alan Moore. He is the creator of the seminal comics Watchmen, From Hell, The League of Extraordinary Gentlemen, and V for Vendetta, whose main character has become the main symbol of the Occupy and Anonymous movements.

Moore as a person is somehow more fascinating than the staggeringly brilliant work he’s created: he’s an anarchist, a magician, and he looks like Hagrid’s evil doppelganger. In this low-budget documentary, Moore explains how language is actually a form of magic, how our culture is changing so fast that it may be “turning to steam,” and how the imaginary world is, in a sense, just as real as the real world. Sound hokey? It won’t. Give it a watch. And read all of his books.

Watch The Mindscape of Alan Moore for free on Hulu. 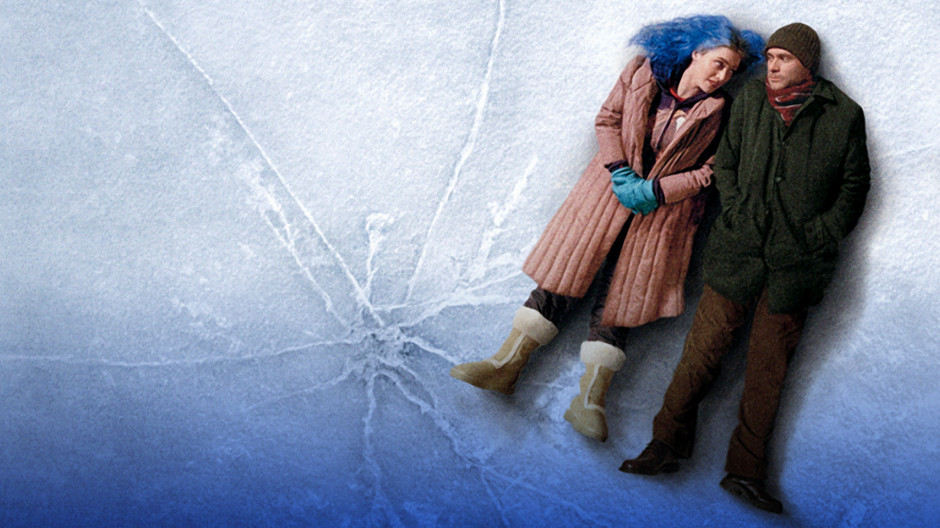 Eternal Sunshine of the Spotless Mind (2004)

Who would have thought Jim Carrey would have made this list twice? Charlie Kaufman and Michel Gondry’s masterpiece starts as a couple (Carrey and Kate Winslet) are breaking up. Hurting from the split, they both rashly decide to hire a cut-rate company that provides a service: it deletes all memories of the other from their mind.

Most of the movie takes place inside Carrey’s mind as the brain-erasers are pulling Winslet from his memories. As Carrey travels back through their relationship, he begins to have second thoughts about having the procedure.

Aside from being an incredibly good romance, the movie plays with the concept of memory in ways you’ve probably never thought of before, and will have you thinking: would you delete anything from your mind?

Read more: The Neuroscience of Eternal Sunshine of the Spotless Mind 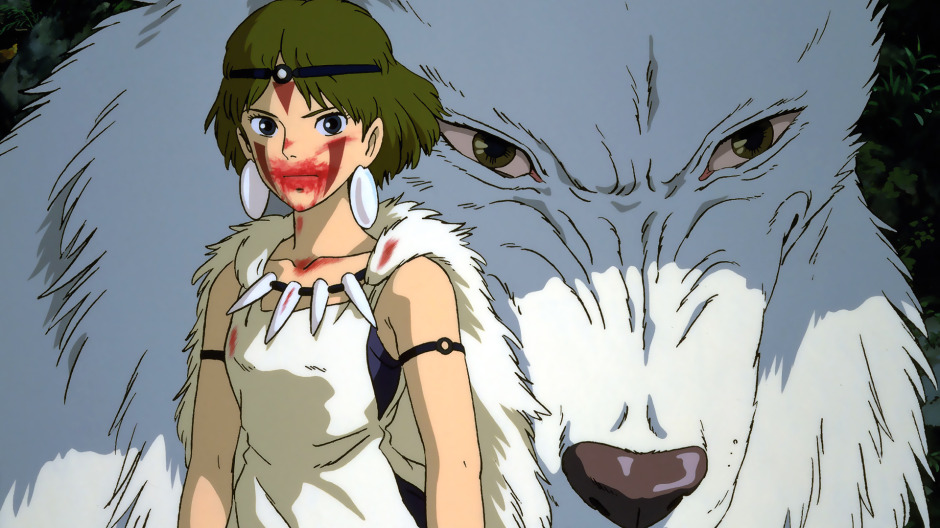 All of Hayao Miyazaki’s movies should be required viewing (check out Nausicaa of the Valley of the Wind, too), but Mononoke is best. The movie is about a cursed young man who gets involved in a war between industrialized villagers and the creatures and spirits of the forest.

While the movie has strong environmentalist undertones, it’s also notable in that Miyazaki refuses to make his polluting “villains” purely evil — he paints them as fully fleshed-out, complex human beings. It’s a movie that will last with you for a good long while. 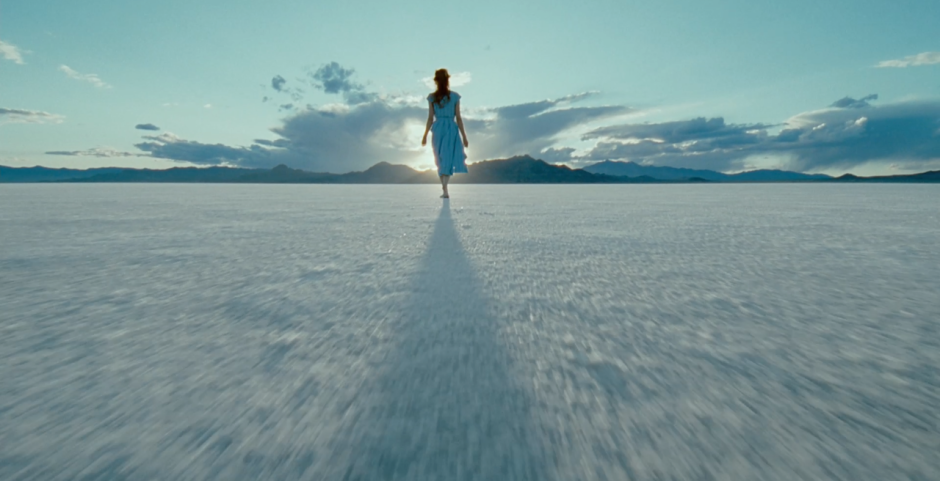 You may hate it. You may find it impossible to follow. But you will not finish this movie and be in the same state of mind when you started it.

Terrence Malick’s fantastically ambitious Tree of Life focuses on a small family in Texas back in the 50’s, but it also manages to look at the Big Bang, the creation of the solar system, and the dinosaurs. The film is staggeringly complex, floating its own ideas about the existence of God, and about man’s fundamental choice between pursuing the state of nature or the state of grace. It’s a movie that could change your life.

Read More: The Tree of Life: Need we choose between grace and nature?

Interstellar isn’t even in Christopher Nolan’s top five best movies (two of his better ones, Memento and Inception are similarly mind-blowing), but Nolan deserves credit for taking blockbuster money and doing something truly ambitious with it, and for refusing to show contempt for his audience’s intelligence.

Set a few decades in the future, Interstellar features a dying world. When a wormhole appears near Saturn, a pilot, Matthew McConaughey, agrees to take on the mission to discover a new habitable world for humankind. The movie isn’t perfect, plot wise, but its science is better than that of most sci-fi films, and it takes a rare optimistic stance on humankind’s fate: should we resign ourselves to the apocalypse? Or should we transcend our world and travel into the stars?

A shorter version of this article was first published on May 27, 2008.