BRUCE KICKED ASS. He could take on a dozen buffoons single-handedly in an alley full of wooden crates and stinking garbage. He even beat the crap out of Chuck Norris and Kareem-Abdul Jabbar. But he was more than what you see in his movies. He was an innovator and a philosopher as well.

A second take on Bruce Lee

What got me thinking about Mr. Lee again was Dragon: The Bruce Lee Story, which I watched recently for the first time since its 1993 release. I’ve changed a lot since then; his messages resonate with me now. As a kid watching Fists of Fury and Enter the Dragon, I would never have thought of the man as a deep thinker and teacher of life.

Now, at 33 and with my own life views, I can’t help but relate many of his teachings to one of my favourite activities: travel.

So I dug up a few of his choice quotes and, though he was mostly speaking specifically about his martial arts techniques, extracted some lessons that might help to make us all better travelers: 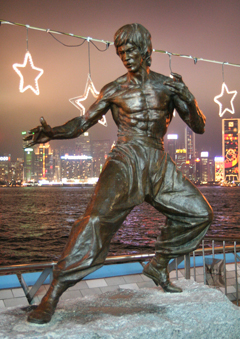 “The great mistake is to anticipate the outcome of the engagement; you ought not to be thinking of whether it ends in victory or defeat. Let nature take its course, and your tools will strike at the right moment.”

Expectations lead to disappointment. Maybe you had an idea — the perfect ending to an excursion — that you viewed as a victory but which didn’t pan out.

At the other extreme, maybe you were so convinced of a horrible outcome that it became a self-fulfilling prophecy.

What should we learn from Master Lee’s words here? Let go. Let go and let whatever happens, happen. Your “tools” — your resourcefulness and wits — will work for you in actualizing a desirable outcome.

“Do not pray for an easy life; pray for the strength to endure a difficult one.”

Substitute “trip” for “life.” It’s fruitless hoping that your travels go flawlessly. They don’t. Instead, build up the strength to deal with problems when they arise. Sometimes things get so rotten that enduring is all we can do. These events are usually character-building and make for killer stories.

If you insist on rigid plans, they will snap and break like dry branches under your feet in the forest. Flexibility is proportional to enjoyment while traveling. Let your instincts guide you. Feel like dipping down that interesting side street? Or investigating the music and laughter coming from behind that obscure door? Go for it. Flow, my friend.

“A wise man can learn more from a foolish question than a fool can learn from a wise answer.”

So you tried something which, in hindsight, seems pretty stupid. You’re probably saying, “What was I thinking?” but you learned a valuable lesson and you learned it first-hand. Too often, we rely on guidebooks to do the thinking for us, blindly following the text without thought. Ask that “foolish question” and find the answer yourself.

“It is not a daily increase, but a daily decrease. Hack away at the inessentials.” 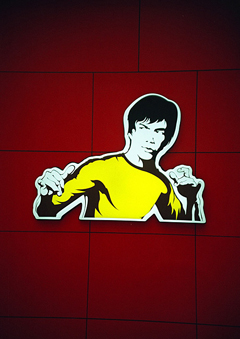 It’s too easy to get caught up in the consumerist lifestyle. So many dazzling items out there that do all sorts of wonderful things. Hardly any of it matters, and this is no more true than when on the road. Backpackers bringing too much, and shedding the weight as they go, is a common theme.

This “hacking away at the inessentials” brings us closer to ourselves. Who am I? I’m certainly not the $250 pair of jeans that I’m wearing or the 63″ plasma screen hanging on my wall.

Embrace the Yin and Yang

So how would Bruce Lee want you to travel? I would think something like this: be at one with your environment and move in conjunction with your surroundings.

Rather than fight against negativity, become its compliment and make any situation work in your favour. Every Yin has its Yang, every black its white, and every problem its solution.

Your experiences, both positive and negative, are wrapped together tightly and comprise your journey. One just wouldn’t be the same without the other.

[Editor’s note: This republishing is in honour of Bruce Lee’s birthday today. He would have been 72 this year.]