14:22 Mar 7, 2018
Top Countries
Top CitiesView All Destinations
Trending Countries
Trending Cities
Load More
Finding vegan food on the road can be a challenge. But it’s not impossible…with these tips. 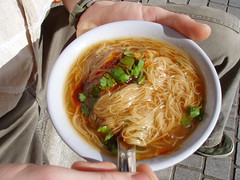 “You’re vegan? What do you eat? Can you eat rice?”

I try to imagine a universe where rice isn’t grown, but hunted – the wild rice beast, a dangerous prey…

“And ketchup? Can you eat ketchup?”

There are people who think you’re a lunatic hell-bent on starving yourself to death.

It can be difficult to be vegan on your own turf, but at least at home you know the ropes-where you can shop, which ingredients to watch out for, and which restaurants can accommodate you.

But when you travel to another country, being vegan is suddenly a lot more complicated. You have to scout out new restaurants. When you explain to impatient waiters that you don’t eat chicken or fish, you have to do so in another language.

This is an intimidating challenge, but it’s not impossible. Here are some tips for finding your food on the road:

There are literally hundreds of vegan and vegetarian hotel and restaurant guides on the web. Cozy up with Google for a night or two and search for websites and blogs specific to your destination.

A good place to start is happycow.net, where you’ll find hundreds of veggie-friendly restaurant listings from all over the world. If you discover a new place on your journey, you can add it to their archive.

Get the Right Guidebook

These days, most commercial guidebooks mention whether or not their restaurant listings include vegetarian options. If this isn’t enough, vegetarianguides.co.uk puts out a line of exclusively vegetarian guidebooks. They don’t cover any exotic destinations, but they do have a few standard locations available.

It’s easy to forget that a staple food you eat every day isn’t necessarily the norm elsewhere, and may not even be available. Think about your diet and ask yourself how it will translate to a foreign setting.

Think about your diet and ask yourself how it will translate to a foreign setting.

Call your hotel or hostel and find out if there will be anything you can eat at the continental breakfast. If you are heading somewhere where the prospect of finding a veggie-friendly restaurant is low, find out if your accommodation includes a common kitchen area.

If you are staying with a host family, warn them of your dietary restrictions in advance, and be specific.

In most major cities, finding something to eat won’t be a problem. All of the same ethnic cuisine that caters to vegetarians at home-Chinese and Indian, for example-tend to be available. And in major European cities, you are never far from falafel.

Organic food stores are becoming more and more popular in Europe, where you’ll find everything from vegan Nutella to faux Wurst.

Ingredient lists on packaged foods are hard to decipher overseas, and without a thorough understanding of the language, you could easily miss something.

If you’re planning on doing some serious grocery shopping while away, try to shop with a native speaker or contact a local animal rights organization for an animal ingredients list in the language of your destination.

The further into the countryside you go-and this is true worldwide-the harder it becomes to find vegetarian options. But there isn’t a single country in the world that doesn’t have a market with a few grains and vegetables that you can prepare. 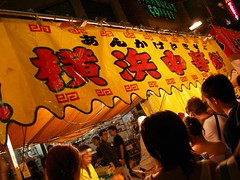 There are a lot of people in the world who speak English, but it’s not smart, or particularly polite, to rely on it exclusively – especially when doing so could mean the difference between eating a delicious vegan pasta sauce and losing your appetite because a piece of chicken flesh found its way to your mouth.

What people understand as vegetarian and vegan varies from person to person and from culture to culture. Some people will know all about it, and some people will say “OK, no problem!” and serve you beef.

Look up a few phrases before you venture abroad. “I have a dairy allergy” and “I don’t eat meat, chicken, fish, cheese or eggs,” are good phrases to master for starters. Perhaps advanced learners can supplement their vocabulary with “No, I don’t eat any f$%$ing cheese.”

The International Vegetarian Union has a pretty extensive phrase list to get you started.

There’s one last detail to consider: your in-flight meal. Most airlines have several veggie options, but ordering a vegetarian meal when you book your flight is often not enough.

Call the airline 72 hours in advance to confirm that you will in fact require a vegan meal. Shortly after boarding, a steward or stewardess should come around to confirm your meal choice one last time.

If this doesn’t happen, find someone and make sure everything is still in order. In any case, bring snacks – lots and lots of snacks – because vegan or not, airplane food is never particularly appetizing.

There’s no country in the world that doesn’t have some kind of vegetarian options-whether it’s a handful of restaurants, a farmer’s market, or a corner falafel stand.

With enough planning and a little flexibility you won’t go hungry anywhere. Just remember to tuck a few protein bars into your suitcase in case the locals have had trouble hunting the wild rice beast this season.

Nicolette Stewart lit her computer on fire in 2005, ran screaming out of an office building, and has been marauding around Europe ever since. She specializes in vegetarian travel, underground tunnels, buried treasure, and dark, narrow alleys. You can read about her further misadventures at www.clickclackgorilla.com
Tagged
Travel
What did you think of this story?
Meh
Good
Awesome