View all travel news
Top Countries
Top CitiesView All Destinations
Trending Regions
Trending Cities
Load More
Understanding the suffering of the “other side” may just give peace a chance. 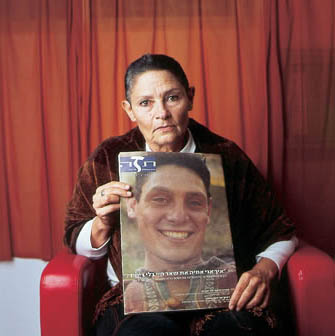 This past weekend, BNT’s Best of the Week roundup included a link to Deepak Chopra’s article Seven Spiritual Practices for Peace.

The piece begins with the following idea:

The approach of personal transformation is the idea of the future for ending war…If enough people in the world transformed themselves into peacemakers, war could end.

So I was inspired when I came across an article about an unlikely pair trying to wage piece in the Middle East: a former Palestinian fighter, and a Jewish mother whose son fought in the Israeli army.

Personal transformation occurred for both of these individuals due to something that will touch each of us at some point in our lives: death.

Robi Damelin, the Israeli mother, lost her son to a Palestinian sniper seven years ago; Ali Abu Awwad’s brother Youssef was killed by an Israeli soldier two years before that.

They met five years ago through Parents Circle, an organization that brings together the families of Israelis and Palestinians who have lost close relatives in the conflict.

Awwad says of his relationship to Robi:

If someone had said to me when I was 15 that I would have someone like Robi as a friend, in my wildest dream I would not have imagined it. But when I met her she began to tell me about her relationship to her sons and how the killing of David affected her relationship with her other son. I felt this very deeply because my mother didn’t pay much attention to me after the death of my brother, because she was closer to him than me. We made a connection.

They stress that their relationship is not one of no disagreements, but one of understanding. After all, reconciliation is rooted in understanding the suffering of the person on the other side. 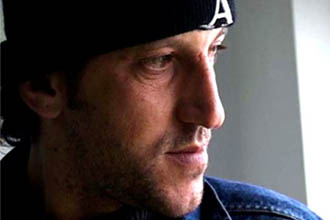 And they are taking this message to as many parts of the world that they can: speaking together at mosques, synagogues, parliaments and public meetings throughout the Middle East, and most recently at an Amnesty International event in Britain.

To me, this story signifies that we are all allowed to maintain our own beliefs, ideals, and points-of-view when working toward peace.

Conflict occurs when any beliefs are taken too far, or when they’re pushed on another who doesn’t agree.

When we travel, we often come up against points-of-view that are completely different than our own. But I believe that most travelers see these different approaches as the diversity that makes our world beautiful, and can make each of us a better person in some way (even if we completely disagree with the belief).

And maybe those disagreements simply give us a chance to practice waging peace within ourselves.

To learn more: check out Encounter Point, a doc featuring the story of Ali and Robi.

What do you think about peace through personal transformation? Share your thoughts below.