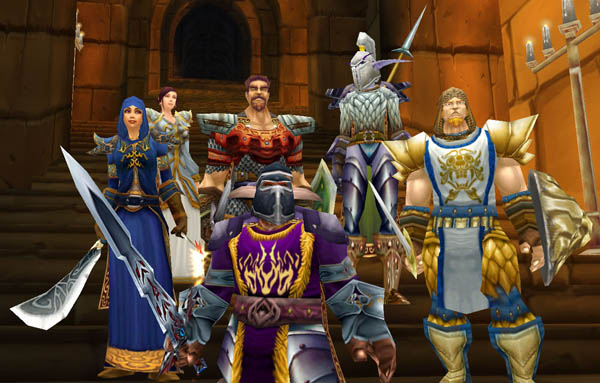 Both travelers and gamers like to escape. Take The Bartle Test to find what else travelers can learn from online role playing games.

WHENEVER MY LATEST backpacking escapade comes to an end, video games are one of the few activities that, as strange as it sounds, have the capacity to render my adventure-fix.

In particular, I’m talking about games like Warcraft (or more appropriately, Warcrack).

Upwards of 11 million Warcraft subscribers – and that’s not including the rest of the MMORPG (Massively Multiplayer Online Role Playing Game) community – make this an epochal ingredient to our cyberculture casserole, whether we like it or not.

People become gamers for many of the same reasons people become travelers (read: escapism). Thus, gamers and travelers already have something in common.

I enjoy meeting new friends and using teamwork to execute a series of clear-cut tasks. Plus, firing a pixelated bow and arrow is oddly therapeutic. Is that weird?

In the late 1970’s, a young Englishman by the name of Richard Bartle co-created the first MUD, or Multi-User Dungeon (the great-great-grand-uncle of today’s MMORPGs). It was overwhelmingly simple, of course, but the gist was there. 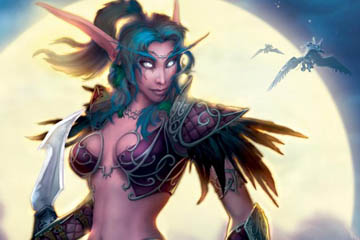 Years later, Professor Bartle wrote a fascinating and detailed essay on gamer psychology which was later adapted into a test bearing his name: The Bartle Test. For today’s standards, the multiple-choice questions seem meager, problematic, and outdated, but this in no way detracts from the insight (and amusement) to be had over the results.

The four categories with which you are graded are achiever, explorer, socializer, and killer.

Achievers find pleasure in completing objectives, explorers bask in the general environment and atmosphere of an alternative world, socializers enjoy the interaction and teamwork, and killers play to feed their competitive streak.

In his essay, Bartle associates them with card suits: diamonds (a valuable unit of measurement for an achiever), spades (a digging tool for an explorer), hearts (to be worn on a socializer’s sleeve) and clubs (a killer’s weapon).

After taking the test myself – incidentally, I’m a S.E.A.K. (mostly Explorer and Socializer) – I realized that almost every traveler can be said to be composed of these four personalities too.

Just like traveling, it’s nice to have a multitude of skills around – whether it’s decoding Russian railway timetables or getting an edible meal out of pocket change.

Some want to put checkmarks down the famous list of UNESCO sites, some just want to get away and find themselves, some want to meet new and exotic people and cultures, and some just want to feel like they’ve seen more of the world than the other schmucks on the subway.

For me, The Bartle Test reemphasizes that my favorite thing about online gaming is the camaraderie. I love that everyone, fighter or healer, has a different job to do and role to play in the group.

Just like traveling, it’s nice to have a multitude of skills around – whether it’s decoding Russian railway timetables or getting an edible meal out of pocket change.

Frankly, it’s nice to tune the responsibilities of the world out for awhile.

With political and economic pressure harping on us day after day to invest and insure, it’s important to remember that whatever makes you happy is really all that counts. Who better to demonstrate this than some guy I saw dancing in a pond. 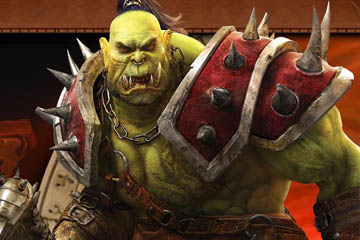 Seriously. That’s the whole story. I was playing Aion (better than Warcrack, if you ask me), and as I ran past a waterfall I caught sight of this anime beefcake standing amidst the fish and gettin’ his groove on for no one in particular, except himself.

I don’t know who the person behind the character was – he could have been a Korean high schooler, a middle-aged father in London or a girl just down the street from me. But I liked his style.

I’m not saying that clicking your mouse up a pixelated blue hill is in any way better than climbing the Himalayas with your own two feet. I’m only saying that you don’t always need rainforests, tea houses, and Greek islands to feel fulfilled.

You can get snippets of that feeling – whatever it is that moves you to travel – in hilariously random places and people.

Are you an explorer? If you’re curious and are willing to take the questions as metaphors, try the Bartle Test and maybe you’ll discover the source of your travel mojo.

And don’t miss this now infamous Warcraft video, where Leeroy Jenkins takes up his proverbial spades and clubs and charges into battle, disregarding his geeky teammates’ strategizing.

Decide for yourself whether Leeroy blatantly disregarded MMORPG etiquette or if he is a hero for doing what he wanted and not taking the game as seriously as his friends.

What do you think of how MMORPG’s relate to travelers? Share your thoughts in the comments!