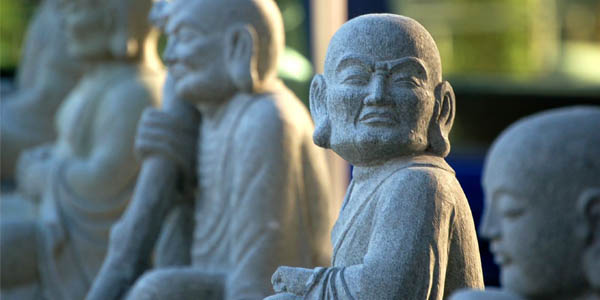 What would Buddha drink? It’s a question with an easy answer, at least according to Fifth Precept of a practicing Buddhist: Do not take intoxicants.

The precept does not cast alcohol as a sin. It stems more from the problems caused by a clouded mind. (Basically, you’re more likely to do something stupid when boozed).

Recently, Ted Rose of the Shambhala Mountain Center wrote a controversial article that believes it is possible to practice “mindful drinking.”

Here’s the basic idea: Once a meditator has developed basic Buddhist discipline (known as Hinayana training) and adopted the intention to dedicate his or her life to benefit others (the Mahayana view) the practitioner is ready to incorporate Vajrayana teachings, where the simple prohibitions outlined in the Sutras are re-evaluated.

When a meditator reaches this point, which often takes a number years in the Shambhala tradition, a dangerous substance like alcohol is viewed as a potential aide for the practitioner.

Within the context of strong discipline and clear intention, alcohol holds the possibility of no longer acting as a conventional escape, but instead being a tool for loosening the subtle clinging of ego.

I can see the value of bending the rules. The key is to also apply the other Buddhist concept of the Middle Way.

When traveling, it’s tempting to fall into a pattern of binge drinking around the city every night, then sleeping it off in the hostel bunks. But that lifestyle leads to numerous problems: loss of money, health, and messy relationships that find you with a new conquest every evening.

The flipside is to practice mindful drinking. Be aware of how the alchohol affects your body and mind.

You’ll notice when your mood has been enhanced, and when you’re on the cusp of ending up with your shirt off, doing Jagerbombs on the bar, and wondering what happened to the last four hours.

For further drinking tips, check out The Gutsy Girl’s Guide To Drinking Alone, Tripping Out on the Road, and 5 Survival Tips for How To Travel Hungover.

What do you think – is mindful drinking an oxymoron? Share your thoughts in the comments!