10:41 Feb 11, 2020
Top Countries
Top CitiesView All Destinations
Trending Countries
Trending Cities
Load More
While China certainly needs to improve its human rights, boycotting the Olympics will not get them to do so. 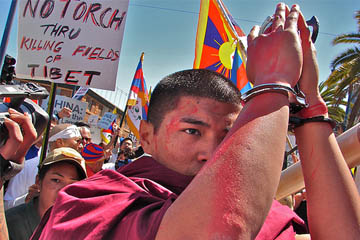 Amid the violence of Tibet, a debate has emerged in the west: Should we boycott the Beijing Olympic Games?

Protesters in Paris disrupted the torch relay forcing officials to extinguish the torch 5 times. Similar incidents happened when they lit the Olympic torch in Greece and London.

There is talk in the United States of boycotting the opening ceremonies, Germany is talking about boycotting the whole event, and many groups are calling for the general populace and for athletes to boycott the event altogether.

All of this is designed to “shame” China on their human rights record and thereby cause enough embarrassment that China will be forced to change their ways in order to seem credible on the world stage.

Will this be successful? Should we politicize this sporting event? Will we really push China in a new direction?

The answer, I believe, is a resounding NO.

While China certainly needs to improve its human rights, boycotting the Olympics will not get them to do so. Those who believe it will lack a complete understanding of Chinese psychology and history.

The Prism Of History

Chinese history is filled with incidents in which the West has subjugated China, and they still harbor a lot of resentment about this past.

China strongly maintains a policy of staying out of people’s affairs. They believe it’s no one’s place to tell them how to live their life and thereby take great offense when people tell them what to do.

Nationalist pride is at stake and they won’t be seen as bowing to foreign pressure.

Over the years, the Chinese government has stoked nationalism as a way to legitimatize itself amid a diminishing communist system. That is why in recent years there have been severe Chinese protests in response to what the Chinese people see as foreign pressure.

To them, the Olympics are a matter of honor. It is a matter of national pride, and they view western calls for a boycott as just another example of Western interference in China.

Chinese history is filled with incidents in which the West has subjugated China, and they still harbor a lot of resentment about this past.

Issues like Tibet and Taiwan are seen through the prism of historical events like the Opium Wars and partitioning of places like Hong Kong and Macau.

Any talk of what “China must do” only increases their resistance and hardens their position. Chinese youth have been educated in this system and, watching the news, one understands why they are behind the furor.

The Chinese government has raised a generation on nationalism. To them, this is just another example of Western interference and hypocrisy. 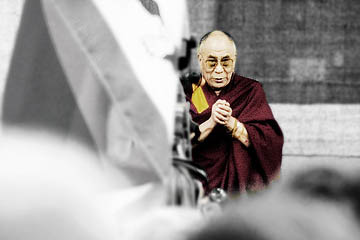 China entered the world through engagement in the 1970s and will only reform through further engagement.

The most effective action is to go, talk, and get the Chinese people involved. If there is both internal and external pressure, you might get some change.

The Chinese government is always more willing to work a deal when it is done behind closed doors. Saving face and avoiding shame is a must for a government who legitimizes itself through nationalistic pride.

If the people feel they caved, they lose all credibility making maintaining stability even harder to achieve. The government will never risk such an outcome.

If the Olympics are a disaster and China views the debacle as the West once again trying to control their affairs, China will only become more resistant to working with the West on other global issues.

We can’t let that happen. China is too important – we need them on climate change, Darfur, and Iran.

A Slap In The Face

Saving face and avoiding shame is a must for a government that legitimizes itself through nationalistic pride.

Looking at Chinese history will show you how they will act now. Chinese leaders are pragmatic. They need to be perceived as a global player and have done things in the past to change, albeit slowly.

However, they also know they have a population of 1.4 billion that wakes up each day and needs to be fed and cared for. Their first goal is stability – and they won’t risk stability for global recognition.

I don’t agree with many of China’s policies. I think they should do more on Darfur, talk to the Dalai Lama, and reduce abuses within their borders.

But the Chinese want to be taken seriously. They have come a long way from the China of Mao and one can’t expect a democracy that took Western civilization a thousand years to appear in thirty. We have prodded them this far and this is their way of showing the world they have arrived.

Boycotting the Olympics, an event the Chinese see as their coming out party, will only be viewed as a slap in the face.

So don’t boycott the Olympics. Go and spread ideas. Interact with the people. Dispel myths about westerners, show them they are respected, that we can work together.

Then you’ll begin change China. From the bottom up.

Should the international community boycott China? Share your thoughts in the comments!