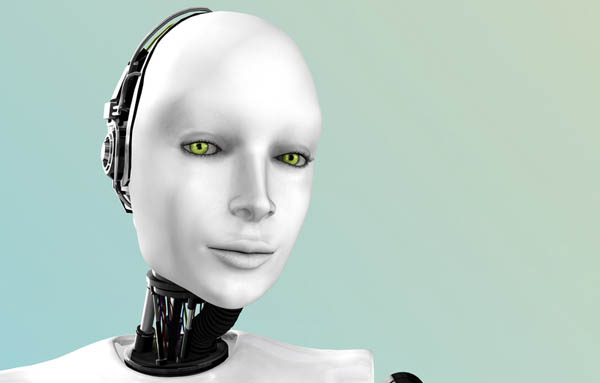 The following is adapted from a speech Jason Silva delivered at the Humanity Plus Summit this weekend in Irvine, CA.

“A new, wide eyed and freshly minted vision surfaces: as a species we are just now in the process of being reborn. Insights abound, awareness rebounds, and shackles are being untangled, we might, if all goes well, be free. Free of our genetic heritage and free of our biological roots, free to soar into a promisingly magnificent future, the future of commingled information, of interweaved sensation, of co-opted dreams.” – WildCat, SpaceCollective.org

My name is Jason Silva. I host and produce a show on Current TV, the Emmy-winning international cable network co-founded by Al Gore.

I’ve tried to use the opportunity as a platform to celebrate big ideas – to harness the power of the information technology revolution and use television, social media and beyond, to share my enthusiasm for human technological ingenuity: to celebrate our ability to find creative ways to overcome problems, go beyond our limitations, and extend our reach.

In surveying my peers and trying to gauge the level of enthusiasm for science and technology, what I have found is that there is very little excitement about the scientific breakthroughs that are occurring every day.

Not too many people in cocktail parties are aware of Bioprinting and growing organs, or the coming technological singularity; I’ve seen very little philosophical speculation about how far we can go, how much we could achieve.

I shared my disappointment with a close friend of mine; someone who shared a passionate and optimistic outlook about the future.

We decided that the problem was lack of art-direction. For whatever reason, the scientific community was failing to elicit a sense of awe and wonder out of people… you can’t win the hearts and minds of the masses unless you inspire them.

You must lift their spirits and enliven their hearts. We have to give people emotional experiences. Science can always use better art-direction: scientific progress and discovery must be presented to the world in a way that excites and titillates people’s sense of what is possible!

I recently read a Newsweek article about the space program that I think was right on the money. The article, titled ‘Rocket Men‘, written by Jeremy McCarter, spoke of the importance of artists in the effort to re-ignite excitement about space exploration.

It mentioned an idea by Buzz Aldrin, from his memoir Magnificent Desolation, in which he made an “intriguing suggestion: Send an artist into space.” The author of the Newsweek piece goes on to say that what is needed is a true “Romantic hero for our 21st-century space adventure” …and that we “might need a little star power to make it out to the stars.”

The point here is the same: big ideas need to be packed in a thrilling, sexy, emotionally-appealing way.

In the case of space exploration, the author eloquently puts it like this: “NASA itself needs to help the public grasp that sending human consciousness 40 million miles into space can be its own mesmerizing reward….”

I think this very same challenge applies to those working in other areas of cutting edge scientific exploration: Synthetic biology, genetic engineering, stem-cell research and beyond. We need to help the public grasp that enhancing humanity, merging with our technology, extending our lifespan, reaching for the infinite, really, is it’s own reward. It is the most magnificent of undertakings.

In the same article, I also learned about Richard Holmes’ fascinating book titled “The Age Of Wonder“, about the late 18th century, or as the author refers to it, “the romantic age of science” – a time when the scientists were poets and the poets knew about science… What scientists and artists shared then, and what we need to regain now, is a fascination and love affair with what Holmes calls “the exploratory voyage.”

My friend’s production company, Transcendental Media, uses the slogan “To agitate the sleep of mankind.”

I’d like to borrow this line as a mission statement for all of us who believe in reason, science and technology as the tools to help us overcome our limitations. Lets agitate the sleep of mankind and then find better ways to inspire people to embrace our next evolutionary leap.

Let’s all become what Alan Harrington calls “Un-comprimising Child-Voyagers”…. and let us retain a child’s-eye-view of what might be.

One of the best examples of the marriage between scientific speculation and brilliant, emotional aesthetic design, is www.SpaceCollective.org. Started by Rene Daalder and Folkert Gorter, this wonderful enterprise excites, inspires and thrills the mind. I recommend it to anyone in need of a little inspiration.

John Maeda, from MIT, quoted in an inspiring essay titled ‘The Universe will Fly like a Bird‘, said this:

“Amidst the attention given to the sciences and how they can lead to the cure of all diseases and daily problems of mankind, I believe that the biggest breakthrough will be the realization that the arts, which are conventionally considered ‘useless,’ will be recognized as the whole reason why we ever tried to live longer or live more prosperously.”

What do you think about science’s need to inspire wonder? Share in the comments!

Want more Jason Silva? Read BNT’s interview on How Science Will Make You Live Forever, and The End of Death: Further Conversations With Jason Silva.