14:22 Mar 7, 2018
Top Countries
Top CitiesView All Destinations
Trending Countries
Trending Cities
Load More
Is the possible French ban on the burqa really about women’s rights, or is it just another political move? 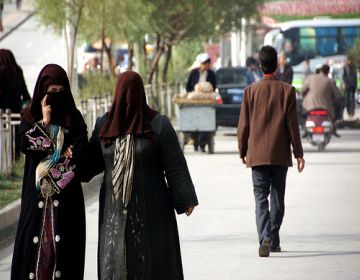 A few days ago, French President Nicolas Sarkozy gave a speech about the possibility of banning burqas in public.

As many know, France banned headscarves (well, the Islamic ones anyway), the burka, turbans and other “religious symbols” in schools in 2004.

According to the government, the purpose was to completely separate religion and state.

But this time around, they are claiming the possible ban is about women’s rights. Sarkozy stated he believes the burqa “reduced [women] to servitude and undermined their dignity.”

Similar to five years ago, there are people who say that the possible ban, at this point only a proposed parliamentary commission to discuss the issue, is discriminatory against Muslims. Many also blame France for becoming completely homogenized.

Or it could be simply politically-motivated. In an article on The First Post, Neil Clark argues this is a calculated move by Sarkozy, who “knows how to spot a vote winner.”

Clark continues his piece by voicing the dilemma that is occurring not only in France, but other parts of Europe as well:

For some leftists, civil liberties, a strong belief in multiculturalism and a determination to fight the rising tide of Islamophobia come first. For others, defending Enlightenment values and the rights of women are paramount.

What this possible ban once again brings to the surface is the debate over whether or not the burqa is actually seen as oppressive by Muslim women.

The Times of India ran a story saying many Muslim Indian women are “disgusted” with Sarkozy’s comments. They believe the burqa “is an article of faith, a pillar of support…in a world where sexual-crime is rampant, the burqa denotes comfort, security and allows a woman her dignity.” 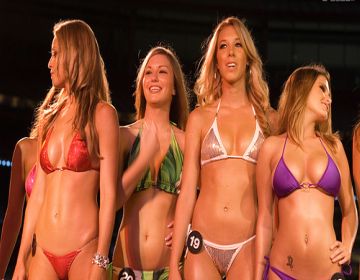 I also found an interesting take on what Afghan Muslim women vs. American (non-Muslim women) must face.

In The Choice Between Burqa and Bikini, written by Abid Ullah Jan, he argues that it is, in fact, western women who must face a culture that wishes to control their bodies. He noted:

From the hair removal products that hit the marketplace in the 1920s to today’s diet control measures that seek to eliminate even healthy fat from the female form, American girls and women have been stripped bare by a sexually expressive culture whose beauty dictates have exerted a major toll on their physical and emotional health.

Of course, on the other side is the argument that the burqa represents the ownership of women by their male family members, no personal freedom whatsoever, and complete sexual repression. And, in reality, nowhere in the Qur’an does it explicitly state that Muslim women must wear one.

Sarkozy ended his speech saying “the burka is not a sign of religion, it is a sign of subservience. It will not be welcome on the territory of the French republic.”

Is France fighting for women’s rights or taking away Muslim’s rights? Share your thoughts below.

A bit southeast of France, the opposite is happening as Western women search for veils in Baxter Jackson’s piece, Veil Shopping In Cairo. Also, delve deeper into the debate around religious and cultural norms at Where To Draw the Line When Defending Cultural Norms and Put Some Damn Clothes On!

Get lost in the epic landscape of Nova Scotia, Canada