THE G PROJECT is a campaign sponsored by G Adventures and the Planeterra Foundation which will give one lucky visionary the chance to receive $25,000 to make their world-changing idea become a reality. The top 16 projects, as scored by a crowdsourced, public voting system, will be whittled down to four finalists (one from each category: Freedom, Community, Knowledge, and Beauty) by a panel of influential global leaders and sent to Costa Rica to present their ideas at the Summit in the Jungle conference. From there, one project will be chosen to receive the grand prize, and connect with visionaries from around the world to put their plan into practice. 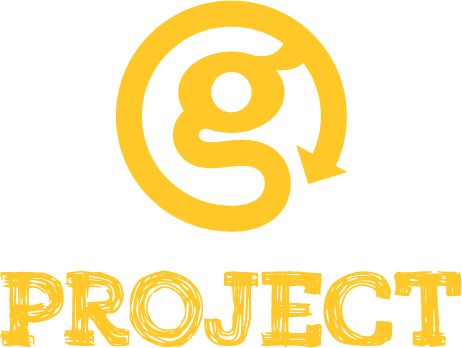 This post proudly produced in partnership with The G Project. Submit your world changing idea.

Over 200 submissions have been posted on the site so far, and you can vote every day until June 3rd for the ones you believe in the most. What’s also cool is how connected the comments section of each project is — there are some really great collaborations and thought-provoking discussions happening between people from around the world.

Check out some of the top projects that are going to make some serious global change:

1. The Heart of Gold Project

Submitted by: David Robinson, Canada
Your morning brew may have come from a coffee farm in Los Santos, located within the jungles of central Costa Rica. However, without the implementation of a sustainable farming network, small-scale farms cannot compete with corporations. The Heart of Gold Project is a collaboration between Canadian universities and citizens of Costa Rica, and the project is mutually beneficial: So far, the communities of Los Santos have created several eco- and agro-businesses, while Canadian university students have put their entrepreneurial skills into practice.
Number of votes so far: 998
Cool Comments: “Looks like a great project based on mutual experience sharing / learning! Fantastic! It definitely serves a need in creating more opportunities for local small scale farmers and their families, which, as the project states, is definitely an issue in Costa Rica and throughout Central America. The best of luck!” — Michael Martin, Costa Rica

Submitted by: Lynda McCallum, Canada
Located in the tropical Andes, an area of Ecuador rich in natural resources, Pucará is a rural community suffering from threats caused by international copper and gold mining companies. McCallum’s plan will support reforestation, protect the natural habitat, create job opportunities within the community, and form a land trust between farmers and the reserve. McCallum also anticipates a surge of “life stories” resulting from the project that will be broadcast by local and foreign journalists, resulting in global support for this initiative.
Number of votes so far: 1065
Cool comments: “This is such a wonderful pitch! Having been to Pucara myself, I know this would be an amazing opportunity for all of the region. Imagine! All those children could stop leaving their families for a city in order to make much needed profit. Instead, they could do so right from within their community all while conserving the beautiful land! Team Intag!” — Kiele Phillips, USA

Submitted by: Mieke Deschodt, Belgium
School doesn’t have to be boring — in fact, it can even help you change the world. That’s the aim of the Reserva Playa Tortuga project, which will connect younger generations in Costa Rica to their environment, and help them learn about global responsibility. By implementing a new school curriculum based on environmental awareness and education, the RPT project will inform the next generation of adults about how they can utilize their resources wisely and protect the world they live in.
Number of votes so far: 615
Cool comments: “It’s all about bringing the right people at the right place at the right moment so that they can do the right things! I know that Mieke with the team will make sure that this project will be sustainable on the long term. I really believe in the benefits it will bring. Good luck!”– Liesbet Vandermarcke, Belgium

Submitted by: Kim Kennett, Canada
In rural parts of Nigeria, some adults blame health, poverty, and environmental issues on child “witchcraft.” This scapegoat phenomenon results in the abuse, neglect, and sometimes death of innocent children who have no connection to the original problems. Kennett has designed workshops and wants to teach children to educate their communities. Through theatrical plays and informal instruction about concepts like HIV/AIDS awareness, Actors 4 Action hopes to decrease the cruel practice of child witch hunts.
Number of votes so far: 551
Cool comments: “This is a wonderful idea Kim! Raising a voice for the voiceless African Child. This idea is what is needed in the rural areas of Nigeria.” — Chollom Bot, Nigeria

Submitted by: Tracey Friley, USA
According to the US Department of State, less than 40% of Americans own a passport. The Passport Party Project’s goal is to outfit at least 100 underprivileged girls with their very first passport, and help facilitate trips to get their passports stamped. Through online global awareness workshops, these girls will learn about using their passports, respecting the cultures they come into contact with, and passing this knowledge on to future generations of young travelers.
Number of votes so far: 800
Cool comments: “Any project that encourages young minds to travel and supports making it a reality to for them — has my vote!” — Amylee Silva, UK

Submitted by: Rita Rayman, Canada
This brilliantly titled campaign centers around the idea that a little shit can go a long way. Subsistence farmers in Africa will receive sheep and goats, which will eventually expel compostable manure. The farm becomes a self-sustaining community and builds its capital by using this fertilizer to yield more crops, or farmers can sell the fertilizer and excess livestock. The cycle has proven results — this program has already helped 22,000 co-operative farmers become self-sustaining.
Number of votes so far: 671
Cool comments: “A love story that is full of shit….but DO believe in it. It has a proven track record!” — SB, Canada

Submitted by: Lisa Vitaris, Australia
On your travels, you can pick up and properly dispose of 10 pieces of trash for the same amount of time and effort it takes to choose 10 postcards — that’s the basis behind Vitaris’ 10 Pieces project. Imagine if everyone who traveled to a new place found at least 10 pieces of garbage and took care of the rubbish removal responsibly? It’s a simple idea with a huge impact, and a step towards sustainable tourism.
Number of votes so far: 405
Cool comments: “Easy to implement, anywhere, any time, hugely worthwhile idea. The rubber gloves and bag are essential, everyone should have them in their pocket. Go Lisa!” — Lois Baillie, New Zealand

Submitted by: Dave Price, Canada
Almost 80% of dogs in the world are strays, and are not domesticated as pets. Price hopes to increase awareness about how to take care of living creatures responsibly and draw attention to the enjoyment dogs can bring to people around the world. His campaign begins in Costa Rica, where he will develop dog therapy programs and create pet shelters across the country.
Number of votes so far: 615
Cool comments: “Dave, I think you have laid out an excellent case for the benefits you can bring to the area that will both save and improve animal and human lives. You’ve clearly done your research and your plan appears well thought out. Best of luck, you have my vote.” — Ezra Goldschlager, Canada

Submitted by: Tim Staffeld, USA
I support giving donations to NGOs and charitable organizations, but sometimes I worry that my money isn’t being used in the way I intended. On the Ground wants to change that by limiting the channels through which donations are often funneled. Donors provide their funds to On the Ground ambassadors, who bring the funds directly to the sources of need. It’s a simple network that will change the way NGOs are structured, and create a relationship of donor-to-need trust.
Number of votes so far: 556
Cool comments: “As someone who has been living out of a backpack for almost 3 years, I see this idea has a lot of potential and I’m really excited for you!” — Jessi St John, Thailand

Submitted by: Cara Besomo, Tunisia
Activism is multifaceted — the same amount of passion and strength fueling one cause should be just as evident in other aspects of life as well. Such is the inspiration behind the Arab Spring Clean, an effort designed to take the energy of the people who sparked the Tunisian Jasmine Revolution of 2010 and use it to create a countrywide cleanup of litter and debris. Besomo wants to harness the power of an entire generation of individuals who will come together to change the world, politically and physically.
Number of votes so far: 433
Cool comments: “I love that this project takes people back to basics, it’s the people themselves who need to be proactive and keep their environment clean, it also teaches our future generation to take care of Mother Earth, and if we take proper care of our Earth, it will also take care of us! I truly hope that this will go through.” — Naseem Mkandawire, Australia

This post proudly produced in partnership with The G Project. Submit your world changing idea.