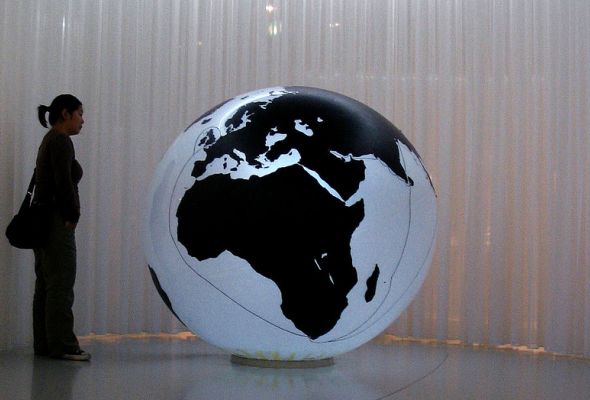 Utne Reader magazine has just published their list of 50 visionaries, and I’ve only heard of the Dalai Lama.

I passed by the latest issue of the Utne Reader several times, even flipped through it once before I actually bought it.  It was the story, 50 Visionaries Who Are Changing Your World that caught my attention.

With the Dalai Lama on the cover, I figured the usual suspects would be on the list – Bill Gates, Archbishop Desmond Tutu, and Oprah- but was surprised (and a bit disappointed in myself) to find that I didn’t recognize any of the names.

I chose to highlight a few of them here, and you can find the full list at Utne.com.

Will Allen – Founder and CEO of Growing Power

Growing Power is a national non-profit whose vision is to “inspire communities to build sustainable food systems.”  The organization creates Community Food Centers in the city, then provides training, demonstration, and outreach to get it going and get people involved.

The Tree Project takes seeds from trees that are still alive from the time period of the Hiroshima bombing and gives the seeds to people who then plant them across the world.  In December 2009, the seedlings will be exhibited at the Horticultural Society of New York.

World Access for the Blind (WAFTB) is a non-profit organization that approaches blindness as non-limiting, promoting public awareness and advocating for people with blindness to follow their goals, from biking to hiking mountains.

Bacon is a photographer and journalist who tells the underreported stories of average yet inspiring people, mainly focusing on the forces behind migration and poverty.  He has written books, including Illegal People: How Globalization Creates Migration and Criminalizes Immigrants, Communities Without Borders: Images and Voices from the World of Migration, and The Children of NAFTA: Labor Wars on the US/Mexico Border (also in Spanish).

International Legal Alliances (ILA) Microjustice for all is a network of lawyers and activists that help people who are unable to fight for their basic social and economic rights, based on the structure of microfinancing.  The organization has also developed a handbook to assist communities in setting up their own microjustice services.

Some of our very own Matadorians are changing your world! Read about JoAnna Haugen, who co-founded a fund for Machu Picchu porters, or Anna Brones, who launched a social media start-up.