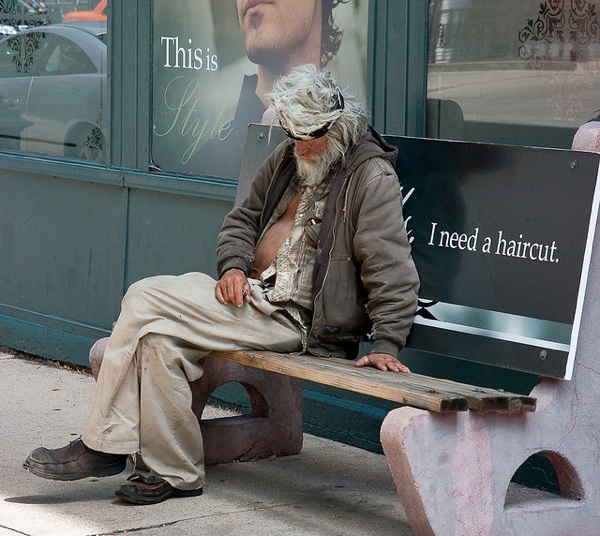 Imagine it’s 9 PM on a winter night, and you don’t have a place to stay.

Cold? Think twice before bundling up in a blanket or sleeping bag, as doing so just may result in a warrant for your arrest.

At least it could in Boulder, Colorado.

How and why does the city of Boulder–especially known for its laid back vibe–appear to be criminalizing its homeless population?

The answer–though somewhat baffling–has to do with an anti-camping ordinance, which outlaws sleeping outside with any sort of shelter besides clothing. The law has resulted in Boulder police issuing over 1,600 tickets in the past year, reported The Boulder Weekly reported recently.

Sticking Up for Shelter

Boulder’s only homeless shelter shuts down during summer months, and can only accommodate 160 individuals in the winter–less than 25% of the city’s individuals living on the streets.

Last November, it was this lack of space that led David Madison to be turned away from the Boulder County Shelter. That night, Madison returned to the streets with a sleeping bag to shield himself from the bite of the 11 degree Colorado air.

When the police found Madison, they deemed him guilty of camping. The only reason? His frost-covered sleeping bag.

Should America’s homeless population be left to choose between hypothermia and jail?

The American Civil Liberties Union (ACLU) doesn’t think so. On June 28th, the ACLU filed a suit in Boulder, calling the anti-camping ordinance unfair and unconstitutional. In a letter sent to the Boulder City Council, the ACLU wrote:

“The City of Boulder has no legitimate interest in criminalizing its residents who are without a home, forced to sleep outdoors in the cold, and merely want to cover themselves in order to survive.”

The ACLU has suggested that the city amend the ordinance to clarify that using a blanket or sleeping bag “by itself” is not shelter. Furthermore, it explained:

“While we continue to believe that the arrest and prosecution of Boulder’s homeless residents under these circumstances violates the Eighth Amendment’s prohibition on cruel and unusual punishment, it is not necessary to wait for a court ruling in order to conclude that these arrests and prosecutions are senseless, and bad public policy.”

Homelessness by the Numbers

The National Law Center on Homelessness and Poverty estimates that approximately 3.5 million people, 1.35 million of them children, are likely to experience homelessness in any given year. The number of families in homeless shelters even jumped 7% from 2008-2009.

With those statistics, the Obama administration–along with the support of volunteers throughout local communities–has taken on several initiatives to help to those without shelter.

On June 22nd, Obama issued a statement vowing to end homelessness within 10 years. The plan, called “Opening Doors,” grew out of a federal law signed in 2009, requiring the U.S. Interagency Council on Homelessness to develop a plan of action. Though their ideas have only recently been defined on paper, many remain optimistic about the administration’s commitment to this cause.

How Can I Help?

The National Coalition on Homelessness outlines four ways you can help America’s homeless: Contribute, Advocate, Reach out, and Educate, or “CARE.” For more information on each of these activities, visit the organization’s website.

If you’d like to support the ACLU’s efforts to decriminalize homelessness in Boulder, please sign this petition put together by Change.org.

Want to work hands-on with people affected by homelessness? Check out our Urban Volunteering series, a guide to volunteer opportunities in cities around the world.

Tagged
News Activism United States
What did you think of this story?
Meh
Good
Awesome

Hawaii will open to tourists who test negative for COVID-19