Belfast
Mexico City
Denver
Barcelona
Miami
Vancouver
Load More
Trending Countries
Thailand
Canada
Italy
Jordan
Argentina
Japan
Turkey
South Africa
Costa Rica
Slovenia
Trending Cities
Belfast
Mexico City
Denver
Barcelona
Miami
Vancouver
Buenos Aires
Dallas-Fort Worth
Berlin
São Paulo
What if you had a goal to deliver aid to millions of people politically and geographically isolated from the rest of the world? What if governments actively discouraged you and created numerous obstacles? Then, what if you just went ahead and did it anyway? 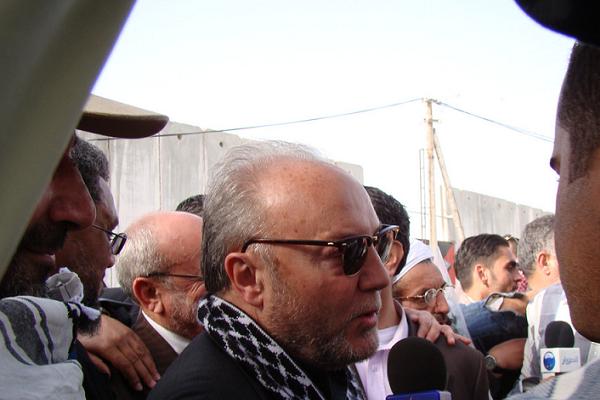 That is George Galloway’s goal–to organize a 500 vehicle convoy with as many people to deliver $10 million dollars in aid and medical supplies for the people of Gaza through the Egyptian border.

George Galloway, controversial member of the UK Parliament and founder of the Viva Palestina campaign, is on a whirlwind tour of major U.S. cities to raise awareness about the situation in Gaza.

Viva Palestina: A Lifeline from the United States to Gaza, is the second round of a remarkable feat that Galloway and hundreds of concerned global citizens pulled off this spring. 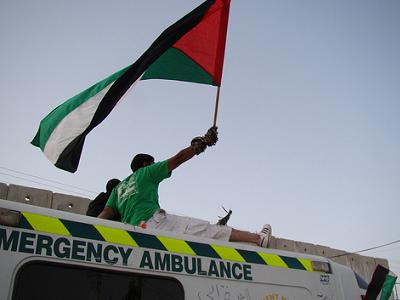 Starting from Britain, volunteers drove a mile-long convoy of over 100 vehicles through Belgium, France, and Spain, ferried across the Strait of Gibraltar to Morocco, then drove westward across the North African desert. A month later, and over 9,000 miles traveled across nine countries, Viva Palestina arrived in Gaza with 12 ambulances, a fire engine, buses, a boat, and hundreds of trucks full of medicine, food, blankets, clothes, tools, and gifts for children.

This is the material from which epic movies are made.

George Galloway is a leftist MP, elected several times in the British Parliament. The outspoken Galloway is no stranger to taking positions contrary to prevailing political winds. He opposed the Iraq sanctions in the 1990s and campaigned to prevent the invasion of Iraq in 2003. He is optimistic and determined about his new campaign. “There’s a new atmosphere in the US over Palestine,” he says; “the phenomenal response to this tour demonstrates that.”

At a speaking event hosted by MECA (Middle Eastern Children’s Alliance) in Berkeley, California on May 20, Galloway told the audience about the stumbling blocks along the way, including the arrest of nine volunteers detained under British Anti-Terrorism laws even before the caravan got underway. 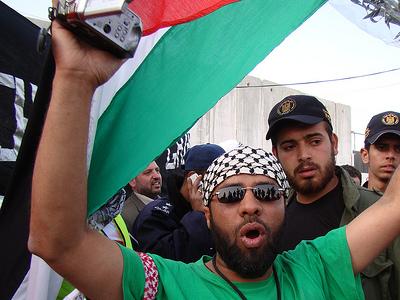 Crossing the borders of North African nations was no simple task either. Galloway was struck by how little support there was–even among Arab governments–for the people in Gaza. Egypt– partly because the U.S. gives it billions of dollars in military aid every year– was not very enthusiastic about the trip. But it was through their border at Rafah that the convoy finally reached Gaza.

Libya was the one Arab country that genuinely supported the effort, giving the campaign free fuel and accommodations. The border between Libya and Algeria was opened for the first time in 15 years, allowing the caravan to go through. Galloway told the audience that Libyan leader Colonel Gaddafi asked him how many vehicles they had in the convoy.

In contrast to their political leaders, the citizens of each country displayed solidarity. Galloway described how people went miles out of their way to bring the convoy supplies to carry to the people of Gaza.

Since Hamas (Islamic Resistance Movement) took control of Gaza in 2007, it has been subject to an international blockade, Israeli restrictions, and a ban on exports, causing a humanitarian crisis for the 1.5 million people who live on that isolated strip of land 25 miles long and six miles wide.

Despite a cease-fire in June 2008, Israel did little to reduce its military blockade. In the context of worsening conditions, the cease-fire began to seriously unravel on November 4, when Israel made an incursion into Gaza and killed six Palestinians, followed by an air strike, calling it a preemptive measure to remove a threat. Hamas fired rockets into Israeli territory. On December 27, 2008, Israel began aerial bombardment on Gaza in response, followed by a ground invasion.

It was the intensification of collective punishment for the people of Gaza. As Karen Koning AbuZayd of the United Nations Relief and Works Agency for Palestine Refugees reported in January, “Gaza is on the threshold of becoming the first territory to be intentionally reduced to a state of abject destitution, with the knowledge, acquiescence and– some would say–encouragement of the international community.”

Organizations ranging from the UN Relief and Works Agency (UNRWA) and UNICEF to the International Committee of the Red Cross have expressed alarm over the ongoing humanitarian crisis in the blockaded Gaza Strip. Tony Blair said in March that Israel must lift the blockade immediately. “I don’t think anybody can come here and not be appalled by what is happening,” Blair declared.

George Galloway and hundreds of others certainly were appalled and are doing something about it. The U.S. convoy is set to depart on July 4, U.S. Independence Day. Co-leading the U.S. campaign is Ron Kovic, long-time peace activist, Vietnam War veteran, and star of the Oliver Stone film, “Born on the Fourth of July,” in which he was portrayed by Tom Cruise. After that, the next convoy is set to depart October 4, traveling via Europe and Asia (about 3,500 miles over 18 days).

The plan: volunteers will fly to Egypt, buy the vehicles and medical supplies in Cairo, and then head for the Egyptian border with Gaza. If things go as planned, the people of Gaza will receive much needed humanitarian aid and international solidarity from the people of the United States.

Talk about travel with a purpose.

For more background information on the situation, visit GazaSiege or ElectronicIntifada. For more information about the humanitarian convoy, visit Viva Palestina.

What did you think of this article?
Meh
Good
Awesome
Bookmark
Posted In
Activism Volunteer

7 sustainable volunteer trips you can actually take the family on

Where to volunteer all over NYC this winter