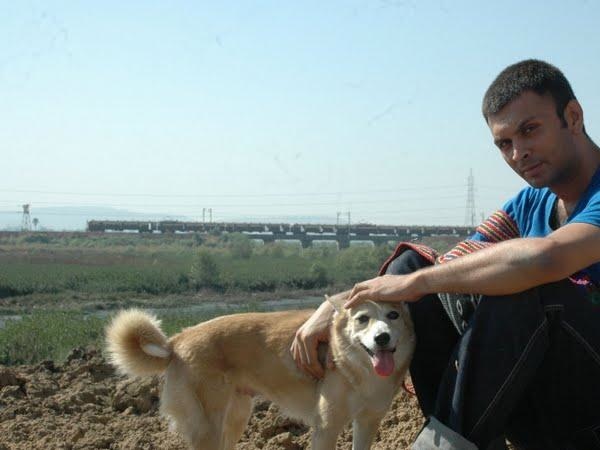 Harish Iyer, 30, is a creative professional in a communications company in India. He is also a survivor of child sexual abuse and a gay rights activist. Harish shares his story with Matador Change contributor, Reeti Roy.

HARISH WAS SEVEN years old when his uncle decided to give him a ‘bath’. After that moment, he would be raped continually over the next seven years, from the age of 11 to the age of 18.

Because of the abuse, sex was never pleasurable for Harish as a young adult. He found he was not attracted to women, and dreaded the sight of men. For a long time, Harish struggled with his sexual identity.

After a few relationships with women that didn’t work out, Harish embraced the fact that he was naturally attracted to men, despite his concerns about fitting into society or even facing criminal charges, since the repeal of Section 377 had not yet occurred. (On July 2, 2009, the New Delhi High Court repealed Section 377 of the Indian Penal Code, decriminalizing consensual sex between members of the same sex, and a huge step forward for the gay rights movement in India.)

“I’d made up my mind to speak out about my sexual orientation because it was important to talk about my life.”

“I’d made up my mind to speak out about my sexual orientation because it was important to talk about my life,” said Harish.

People within the gay community treat him like a hero (Harish recently went on a date with a guy who had asked for his autograph), while other people in the community give him sympathetic glances.

Many people equate Harish’s being gay with the abuse he suffered as a child. Harish recounts an incident in which an unknown person on the train started giving him advice after reading about him in the local newspapers, “Beta (son), don’t worry about the abuse. Just get married and everything will be alright,” the man told him.

“I’m tired of explaining to them that I don’t need their sympathy or their protection,” Harish said, referring to that exchange.

Harish wishes he had a support system, but very few children will tell anyone that a family member molested or raped him or her, so there are not many others who publicly share their experiences. The discussion of sex is a taboo topic in India, and many schools in the states of Maharashtra, Gujarat, and Madhya Pradesh have banned sex education, stating that sex education will “corrupt young minds.”

Sadly, there is little protection for children from sexual predators in India because there are no laws in the country for such an offense. There is also no protection for male victims of rape under the definition of this act by the Indian legal system, which only refers to a man assaulting a woman. Instead of being stopped by this downfall, Harish has made it his mission to raise awareness about incestuous child sexual abuse.

Harish is going to be running the Mumbai Marathon in mid-January in order to raise funds for ARPAN, an organization based in India that works to combat child sexual abuse. To donate, visit the United Way Mumbai donation page. You can find Harish on Twitter, on Facebook, or on his blog.