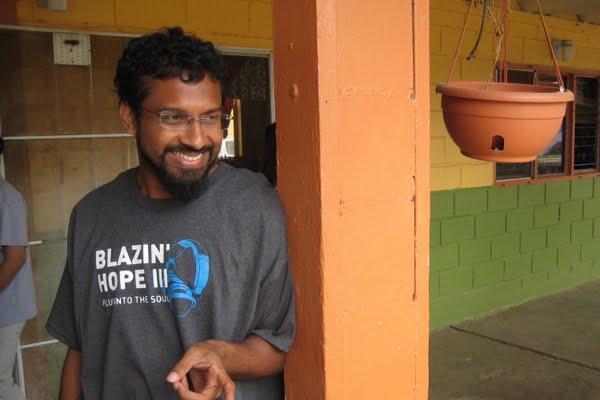 “Are those tears in his eyes?”

We were a Be the Cause volunteer group visiting Casa de Paz, an orphanage just outside of Ensenada, Mexico. During the impromptu welcome tour, the director, Jonatán Lopez Sánchez, had quietly noticed young Jesus drinking from a plastic soda bottle. Later, he let us in on the significance of the moment:

“About two weeks ago I gave Jesus a soda after I returned from the market.“ Jonatán explained how he had forgotten about giving the soda-present until this particular afternoon. Tears building in his (and our) eyes while continuing, “Little things like this show me how much these children value and care for their home here. This is one of the reasons why my wife and I have been at Casa de Paz for the past eight years.”

Jonatán previously worked with a bank and owned his house in Veracruz. But he and his wife were not satisfied with this lifestyle, and felt a calling to give more. They decided to take a two year hiatus at Casa de Paz in Ensenada. It is apparent that this hiatus has turned into a lifelong project for the couple.

After this group-tear session, meeting other employees, and spending time with children, we had found another family, just as we had with the Door of Faith Orphanage (DOFO). At DOFO we had seen an amazingly organized operation that contested the dreary picture normally associated with an orphanage. But while Casa de Paz is well constructed and planned, it’s not the polished environment achieved by the Door of Faith Orphanage.

“This hiatus has turned into a lifelong project for the couple.”

What it lacks in polish, however, it makes up with its structure, vision, and character:

Casa de Paz houses 48 children between the ages of four and 18. Like other orphanages, Casa de Paz has a casa de niños (boys’ house) and a casa de niñas (girls’ house). But there is also a casa verde (green house) housing special needs children. They require 24-hour care and attention, provided by a rotating staff, including a psychiatrist.

When the special needs children arrived at Casa de Paz, they were not accustomed to sleeping on beds or eating on tables. They promptly destroyed all the beds in the house and tore apart the living room tables. Over time, and with love and care, Casa de Paz was able to show the children a better way to live. Not only do they sleep on their beds now, but the orphanage focuses on giving them contact with the other children. They all eat dinner together. They spend free time on the playground with each other. They are being taught they are not different. 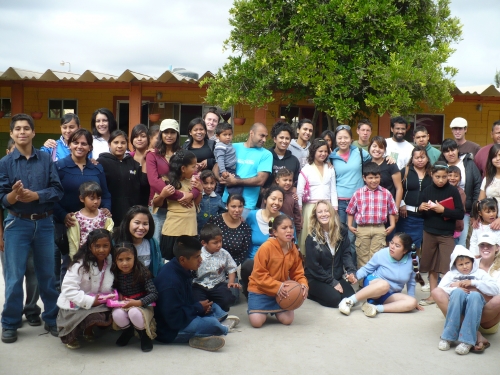 An Infants’ Home:
A newly-built home is ready to accept infants, but funds for operation are lacking. Due to the constant care needed for this age group, Jonatán has estimated it will cost the orphanage $300-$400 dollars a month to hire an adequate staff.

Jonatán explained the need for urgency. In Mexico, many orphaned infants are kept in shelters managed by “D.I.F.” (Mexico’s National System of Family Development). He had the chance to visit one of these establishments and painted a picture of 35 babies incessantly crying in a small room with minimal supervision. Casa de Paz pushed to finish the building; now, they seek funding to make this care a reality.

Plans for Kids’ Futures:
Jonatán was asked about the rule requiring that kids 18 years old and over need to be enrolled in school to stay at orphanages. His answer revealed the Casa de Paz spirit: 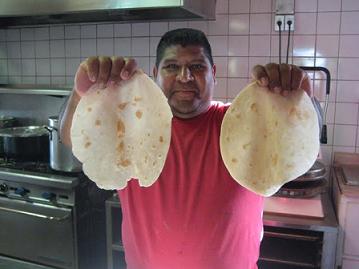 Jonatán and his wife Marisol sit on an outside bench contentedly watching the kids play on the basketball court and run on the mini track. Oscar, the chef and father figure for the boys’ home, concocts one of the spiciest, tasty hot sauces of the Americas while his larger than life presence fills a room with his kindness.

Donations can be sent directly to their U.S.A. address:

Plan on documenting the lives of kids during your travels? Check out these tips for approaching children appropriately from Lola Akinmade’s “How to Photograph Children During Your Travels.”

Tagged
Volunteer Narrative
What did you think of this story?
Meh
Good
Awesome

Voluntourism in paradise: 5 incredible opportunities to give back on Maui