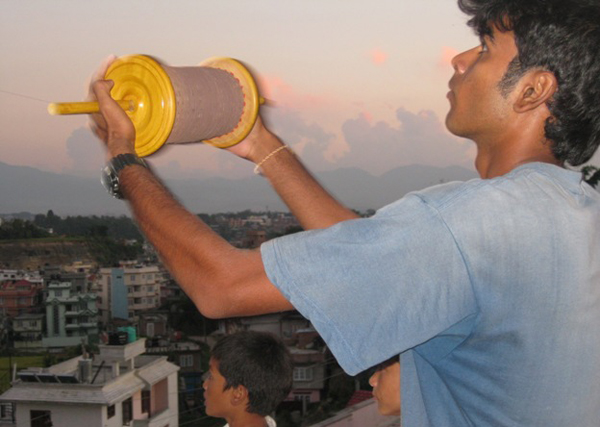 All photos courtesy of the author.
If you’re lucky, just outside of Kathmandu, you might look up on the roof of a terra cotta colored house and find a herd of boys chanting, “Chet! Chet!” Vinod has cut another kite.

It wasn’t long ago that some of these boys had never seen a kite or felt the warmth of a loving adult. But at Nepal Orphans Home (NOH), founder Michael Hess created an environment where 121 children thrive, attending school and karate classes and taking weekend jaunts to the park.

Nepal Orphans’ Home and sister program, Volunteer Nepal, is the fruit of Hess’ labor of love. In March 2005, the carpenter found a disheveled house where children lived in squalor. The well refused to work, the toilet didn’t function, and the family who ran the “orphanage” had abandoned its charge.

“When I was brought to the orphanage in such disrepair…I immediately felt humbled…” Hess writes. “It was easy to improve upon their situation; it simply took money and time for wounds to heal.” 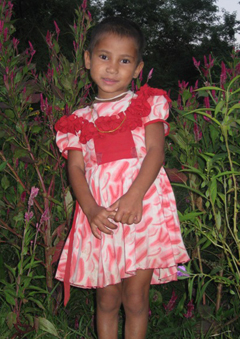 Months later, Hess acquired a building in the city, brought his 12 kids home, and began going by “Papa.”

He looks the part. His eyes gleam, cradled in pockets of wrinkles. When he takes off his baseball cap, fine, silvery hair sweeps across his head.

I notice he wears the same outfit for the third time that week. It reminds me of the rumor I heard that Hess turned down a donated refrigerator for himself because the children didn’t have one of their own.

The children, he says, “bring me joy, purpose and hope for a better tomorrow.”

In three years NOH has soared beyond expectations. The organization boasts three buildings in Kathmandu and a fourth in the Lahami area, each running at capacity.

In 2008, NOH began work with Social Action Welfare Nepal, whose goal is to end the Kamlari [child labor] system in Nepal’s Dang region. The child labor practice dates back to the 1960s, when parents had little choice but to sell their daughters into labor.

“Knowing how many more [Kamlaris] we haven’t saved is always on my mind,” comments Hess. “Finding the funds to continue to house and educate those girls will be a formidable challenge.”

Thanks to Papa, children and volunteers remain equally happy. After several days of language lessons and sightseeing around Kathmandu, volunteers are free to spend their days as they see fit.

One might rise with the children to braid the girls’ hair before school, or teach English to recent arrivals when their tutor doesn’t come. The work could be as simple as what Veronica Acuna provided: a hand to hold on the playground. 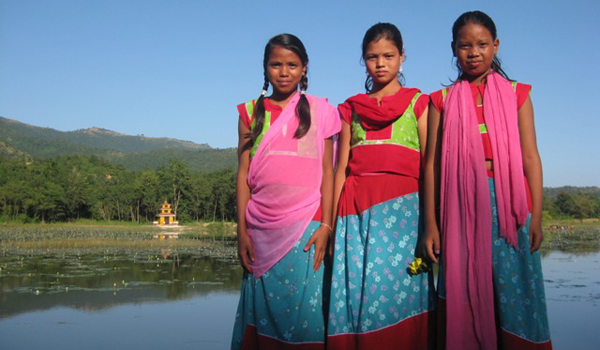 Outside of Kathmandu, the organization will plug you into the pulse of Nepal. For example, volunteers Sandra Krasa and Martin Cassar trekked into what Hess describes as “a lost little village in the shadow of the magnificent and foreboding Himalayas.” The American and the Englishman were the first farangs (white people) the village had ever seen.

My experiences also ventured far off the beaten path, trekking with one of Hess’s girls to her village. This wasn’t Apple Pie Trail or Everest Base Camp—I did not spot another farang the whole time I walked, or once I arrived in the village, Gumda, 13 hours after setting out. Mules, loaded-down Nepalese and my 16 year old guide were my only companions.

At home with Binu, I experienced life just as she did. I slept in a short, mattress-less bed. Ate in a smoky, darkened room. Cut tinva with her mother in the fields. Mornings graced me with clear views of snowy Everest.

There were no houses built or turtles released—it wasn’t traditional volunteering. But one could say that I gave my time and money to immerse myself in another culture. To notice that Nepali village girls’ nose rings sat lower than the one I used to have. To convince a Didi that I admired her walnut color as much as she admired my peach. 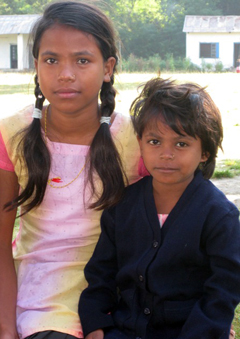 Hess suggests that people seeking volunteer work should bring “compassion, the ability to observe and listen to others, openness to learning from the people of Nepal, and a willingness to live in the same environment, in the same manner as the people they are serving. They should bring a desire to commit and follow through with the commitment.”

Volunteers or not, civil unrest and deplorable conditions for Nepali children may never completely end. It is encouraging, though, to know that one man and many volunteers inch toward a new country. For now, like the boys on the rooftop, Hess and crew will cut down one kite at a time.

Find out more about kamlaris in Nepal (YouTube video)

Inspired by Michael Hess’s project? Read Roll Your Own Peace Corps for more on making the most of your overseas volunteer experience.

Tagged
Volunteer Nepal
What did you think of this story?
Meh
Good
Awesome