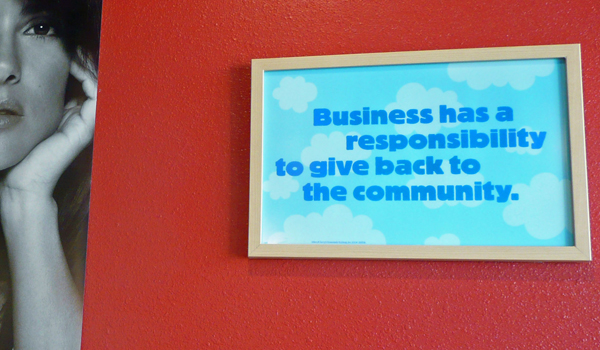 Jake de Grazia founded the start-up Carrot Project in early 2008. After a long entrepreneurial gestation, he currently runs the business from his grandfather’s spare bedroom outside Wilmington, Delaware.

So what is the Carrot Project?

It’s a website that helps people figure out which business are doing the best things for the world, and it encourages people to support those businesses by buying stuff from them as opposed to their less socially and environmentally responsible competitors.

How’d you get this idea?

I wanted to consume purposefully. I wanted to know what businesses were like, which ones did nice things, and which ones did only greedy things. I looked online to try to find out, but it’s a mess out there – disputed info, disagreements, bad info, info only from companies, info from only angry over-the-top haters.

I figured if I wanted something that helped me compare brands on their relative social and environmental responsibility, then there were probably some other people that’d want it, too.

Plus, I was working on a boat, taking tourists to a reef 100 kilometers east of the outer barrier, and I was on a 2 to 6 AM watch with an old hippie/candle entrepreneur. He told me that he’d use the tool, so I was like, “Sweet, I found my market segment.” 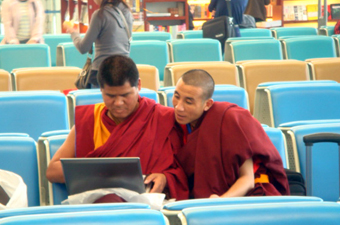 What year was this?

What were you doing over there?

I was a deckhand on Big Mama [his uncle’s tourist boat], scrubbing bathrooms and teaching snorkeling.

When did the idea of the Carrot Project become a real possibility?

The idea started to be a possibility in early 2007. At that point, I’d been in China for a couple years already. A friend of mine told me about a fellowship. Friends of his were looking to pay someone to spend two years studying and writing about social enterprises throughout the world, and he asked if I was interested. Of course, I was. So I went to meet him for dinner to talk about it, and he started interviewing me, which I did not expect.

Eventually, he asked what my “long term orientation” was. I told him I was excited about the idea of harnessing the greed in capitalism to do good, sustainable business. I wanted to see businesses make more money as they made the world a better place. He asked if I had any business ideas of my own. I told him about what I was calling, at the time, choice.com. He asked me why I wasn’t doing it.

I said that I was young and inexperienced and pretty much knew nothing about anything. He said, “So what?” and then told me he had decided not to help me get the fellowship, but instead to help me start the business. 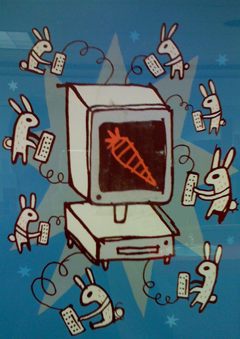 Photo by Rafael Mejia Is Alive

What were you doing at the time?

I was working for a start-up in online language learning in Beijing.

Is Beijing a good place for a young social entrepreneur to be?

I don’t have much to compare it to, but yeah. There are lots of smart, young, adventurous people there to talk ideas with, and people are from all over, so the connections are super diverse. And the fact that BJ is the philanthropic capital of a huge developing country means that it attracts some solid non-profity people, too, who are, in my opinion, essential to social enterprise.

So when do you expect to turn a profit?

Not for a while. The focus now is to deliver something valuable to our users – valuable brand comparisons that are trustworthy, humble, and as accurate as possible. Once we have that, then we can focus on making money. But we’ll be scraping for a while, no question.

What did you think of this article?
Meh
Good
Awesome
Bookmark
Posted In
Volunteer
Destinations
United States

My WWOOFing experience was a nightmare. Here’s why the organization needs to change.

7 things to consider before volunteering abroad