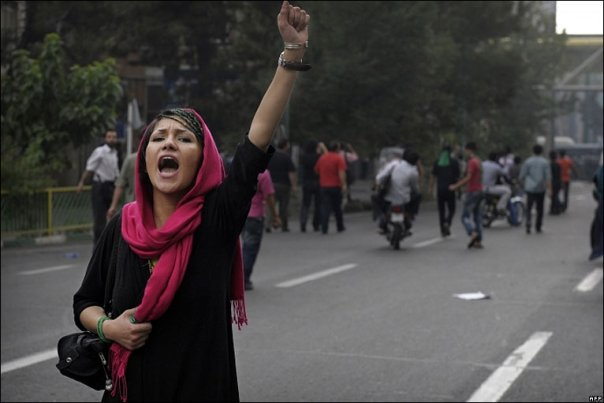 The world is watching as push comes to shove in the streets of Tehran tomorrow afternoon. Defiant men and women, risking their lives, will likely protest again on Saturday. 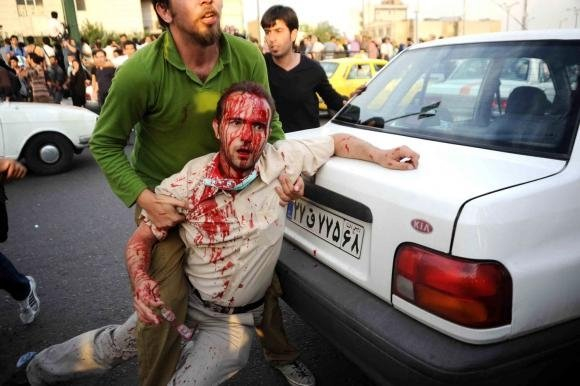 The supreme leader threatened “bloodshed and chaos” to Iranian citizens who defy his ban and take to the streets for Saturday’s anticipated protests.

Despite the threats, Iranians who want a better future are planning to rally on Saturday in the face of serious risk.

The stern warning has echoed fear of a massacre resembling the one that left 2,500 dead and 10,000 wounded in the Beijing’s Tiananmen Square protests in 1989.

Here are five reasons we should support and applaud Iranian protesters on Saturday:

1) The protesters have the momentum.

Iranian activists have already accomplished much with the massive protests over the past week. They have captured the attention of the world, and posed a formidable challenge to their leadership and the rigged election. They have sent a message to Iranian leaders that they will not follow a government they did not choose. 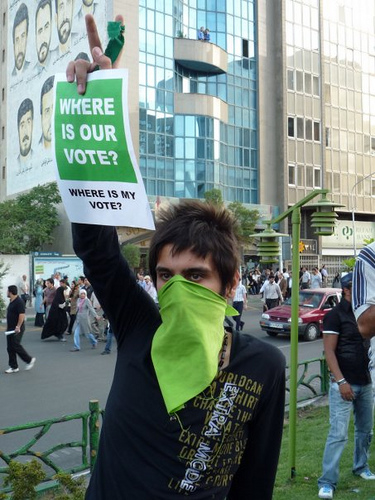 Friday’s harsh threats from the supreme leader are a last resort to quell the unrest and now the ball is in the people’s court.

If they have the courage to call his bluff, risking physical harm to themselves, it will represent a tipping point for the country.

2) The Iranians want our support.

You may have noticed in some of the most prolific photos of the protests this week, many of the signs are in English.

Iranian protesters know that the rest of the world is watching and with English signs, like “Where is my vote?”, they are sending us a message that they are not violent people, they want democracy to succeed and they want the improvements that it will bring to their lives.

3) It’s not about the opposition leaders anymore; it’s about the people.

The supreme leader’s threats are directed at all Iranians, but he specifically said that the responsibility for the chaos and bloodshed come Saturday would be on the hands of opposition leaders.

In other words, he’s ordering the opposition leaders to call off the rallies. Problem is, the time when that was possible has already passed. 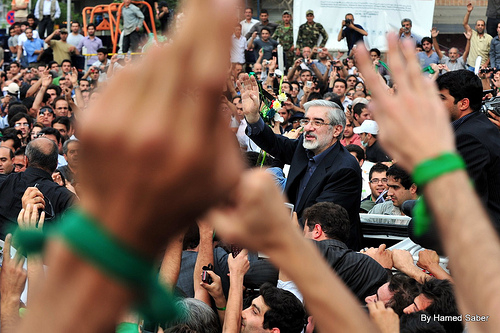 On Tuesday, Mr. Hossein Moussavi, one of the main opposition leaders, urged his own supporters to cancel their plans to rally and it had no effect.

Hundreds of thousands showed up against his intentions and when the numbers neared a million, he joined them.

This shows that it’s ordinary citizens, not high-powered politicians fueling this unrest. It is the people–and a large section of the Iranian establishment– demanding a fair election.

4) Regime change can only come from within.

As much as Western governments would like to replace the totalitarian regime in Iran, real revolution must come from within. Outside governments like the US will never be able to successfully change a sovereign government like Iran through embargoes and political pressure.

More importantly, in Iran, the single biggest subject that unifies the most radical sects of the government is “outside power”, i.e. America vying for influence. In other words, the more western governments attempt to influence politics from the outside, the more we are emboldening politicians like Ahmadinejad and fueling hatred of America at the political level. 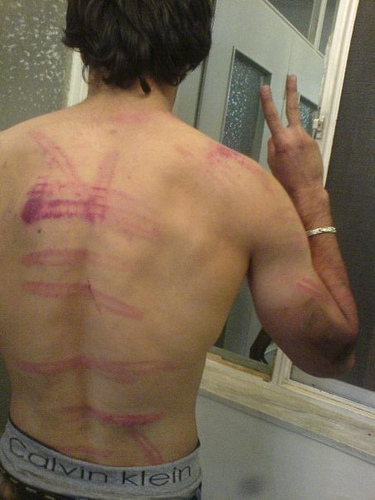 If successful regime change comes to Iran, it will arrive in the hands of Iranians.

5) There is so much future to fight for.

70% of Iranians are under the age of 30. A change in government now could have dramatically positive results for the lives of all young Iranians. Now is their chance.

The people of Iran have been entangled by the oppression of their government and the prejudice of the West for too long.

Just as many Americans cringed at the thought of foreigners perceiving our people by the measures of our government and foreign policy during the W. Bush years, Iranians too are frustrated by the fact that their people are judged by the decisions made by their government. This is an opportunity to change all that.

Just as we in the United States changed our leadership and elected Obama to open people’s minds back up to what we stand for, Iranians could do the same thing if they succeed in bringing new leadership to Iran.

The time is now.

So I urge you, regardless of where you are in the world, or what country you’re from, support the people of Iran on this fateful day. Make sure everyone you care about knows what’s happening and understands how high the stakes are for these people, who so desperately want a real democracy. To begin, here are six ways you can help.