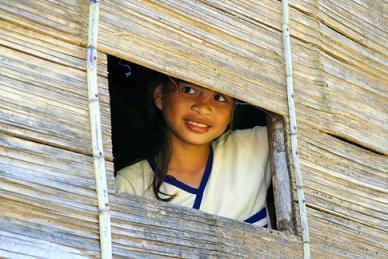 Intrepid travelers for whom no corner of earth is considered off limits often discover much more than they bargained for when visiting new locations. Social problems ranging from poverty to hunger to homelessness rear their ugly heads in many spots around the world.

Sharing experiences via blog postings to friends and family is one way of informing people within our own sphere of influence about some of the day-to-day tragedies of our global neighbors.

Collective Lens is another.

“Collective Lens: Photography for Social Change aims to raise awareness of important issues around the world through photographs provided by the general public,” says director Bryan Tighe. He and his wife, Laurie, founded Collective Lens as a news and educational resource.

“Laurie and I have always been interested in photography as well as social issues and volunteering,” Bryan shares. “We wanted to do something to bring attention to the many important issues that we felt were overlooked by the mainstream media in America. Naturally, being so involved with photography led us to try to find ways that we could get compelling photos in front of viewers, and we also felt it was very important to involve people from around the world.”

Collective Lens recently received its 501(c)3 non-profit status in the United States, so they’re hoping for major growth in 2009. The Tighes are also spending a good part of the year delving into parts of Africa, the Middle East, and Asia to show how people in other parts of the world live and how ordinary people can do something to change their circumstances.

People looking for an easy way to volunteer while traveling will find Collective Lens an excellent organization to partner with.

“The easiest way to get involved would be to submit some photos,” says Bryan. “Other than that, we’re always looking for writers to post articles on a variety of topics…. We’re also looking for people to help with online marketing, as well as someone who would be interested in being an editor/coordinator/recruiter of the articles and blog.”

Shehzad Noorani, a freelance documentary photographer, was recruited by Bryan thanks to her work on Flickr. 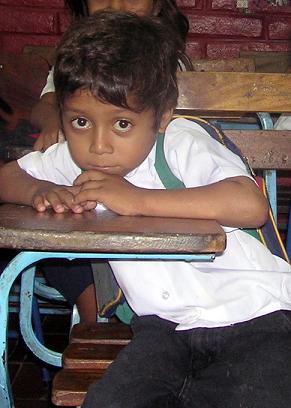 Shehzad recommends working with Collective Lens because it exposes volunteers to meaningful photos and photographers, while bringing people face-to-face around issues that really matter.

Bryan says they have many goals, but realize a new organization also faces many challenges.

“In the short term, we would like to become an online magazine that showcases various issues around the world with regular written articles and associated photography, perhaps on an assignment basis in addition to the user submitted photos that we have now,” he explains. “We also would like to become a source for people to get information about specific nonprofits, NGOs, and charities around the world. We are partially doing this on the site now, where organizations can create a profile for themselves. This area is currently somewhat limited and we’d like to expand it greatly.”

Travel, experience, share. Reveal the world through your photos and words by contributing to Collective Lens.

If you want to improve your photography skills in order to document your travels, check out this recent podcast by Matador contributor and travel photographer, Ryan Libre.

Costa Rica Just Made It Ridiculously Easy To Live There as a Digital Nomad
The Most Romantic Couples Massages in Las Vegas
The 16 Best Bachelorette Party Destinations in the US
The 10 Best LGBTQ-Friendly Small Towns in the US
Dear Straight Allies: Please Don’t Come To Pride Until You Understand These 6 Things