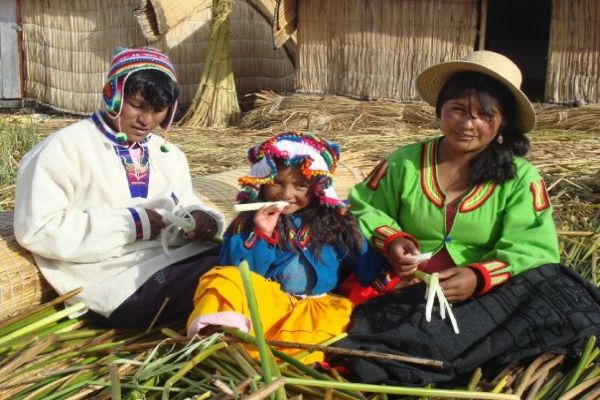 Photos courtesy of Charyn Pfeuffer
What was your resolution for 2010? Did you cancel your subscription to World of Warcraft to save money? Did you trade in that bucket of ice cream for a Jack LaLanne’s power juicer to kickstart a new diet? Whatever it was, why not include an act of kindness toward a global cause?

While everyone else was setting more traditional resolutions this month, Charyn Pfeuffer decided to do something a little different- a one-year sabbatical around the world.

In her blog, globalcitizenproject.blogspot.com, Charyn writes about swapping her BlackBerry for a backpack to run what she calls the Global Citizen Project. Her goal is an interesting one – “12 community projects in 12 countries over 12 months”. You may wonder why this odd but even number so often pops up in her project, and the reason is that January 2010 marks the 12th anniversary of her career as a freelance writer (you can read more about her credits as a professional writer on her blog).

In an exclusive interview, I ended up serendipitously asking Charyn 12 questions. We connected in our interests, and not just for mint chocolate chip ice cream, but also in using our writing to promote change. It was obvious that this writer has a true passion for what she is doing by answering each question as if unintentionally thorough.

“I’ve seen the incredible beauty of these places and people alongside extreme poverty, and although I know I could never give these people back as much as they’ve given me, I’d sure like to try.”-Charyn Pfeuffer

The idea for the Global Citizen Project came to Charyn late one evening after suffering from insomnia and drinking “a glass of cheap Trader Joe’s white wine”.   “When I thought about what it was about travel that really sparked my enthusiasm,” Charyn explained, “it came down to the people and places whom (by our standards) live simply, yet they’re hardly poor. It’s a different reality than what we’re accustomed to and often times, their simple contentment is enviable.”

When asked about the research and preparation for this project, Charyn replied that there was not much done in advance: “I’m very much a follow-your-gut, fly-by-the-seat-of-your-pants and make things happen kinda gal.”

She called Twitter an “Ask and ye shall receive” tool, and explains how social media such as Facebook have been greatly effective and far reaching in both her personal and professional life.

“Honduras was first to hop on board in that regard, coordinating a promotion on their Visit Honduras Facebook Fan Page where fans could suggest volunteer projects and programs for a week. Then, I whittled the list down to the top five projects I’d most like to serve, and the public voted with Building a Future winning with 49% of the votes.”

Finally, she explains her dedication to service as, “I’m kinda of a “Go big or go home” kinda gal and I always tend to take the ambitious route in life. I’m well aware of the fact that it is impossible to save the world with bite sized stints of service, but I think I can make 12 small dents and hopefully raise awareness and create interest for others to follow my lead.”

The 12 volunteer projects are concentrated in Central and South America and include the confirmed Karikuy in Lima, Peru; Building a Future program in Tegucigalpa, Honduras; and GeoVisions of Costa Rica. Currently, she is awaiting confirmation on other projects also involving youth outreach.

Unfortunately, the project will cease to be unless $20K in donations is met by February 22, 2010, the budget that Charyn has set for her trip. She has set up a reward system for donators, including a major motivator – food. Read all about her homemade slow-roasted pork shoulder, chili, and other benefits to donators at her Kickstarter site.

Even if you are unable to donate, you can support Charyn and the Global Citizen Project by spreading the word via social media.