THE FIRST TIME I flew to Costa Rica, it was a direct flight full of surfers and middle-aged couples from Tarzana. That was years ago, before the post-global economic crisis shuffling and consolidation of airlines. Now, the late-night flight from LAX to Costa Rica stops in Guatemala City to ferry Guatemalan Angelenos back to their homeland. Tourists remain aboard as airline food carts are refilled, and an hour later businessmen re-board the flight to attend meetings in San Jose. If the embroidered polo shirts were any indicator, it seemed there was going to be a Central American Papa John’s conference this week. When you fly, you witness the flow of globalized infrastructure. 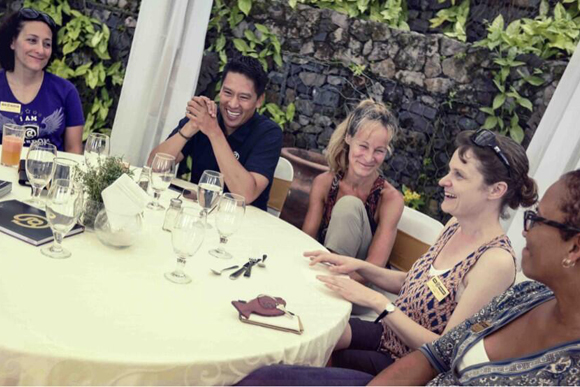 All photos courtesy of The Looptail

I was sent to Costa Rica to cover G Adventures’ Summit in the Jungle. There were so many excited G Adventures employees it felt like I was embedded on a work retreat for a company I didn’t work for. This was the first time many of these people had spent time together this far outside their office.

The company culture at G Adventures seems pretty cool. They appear to be bribed with annual trips to destinations of their choice, plus the Toronto office is supposed to have ice cream available whenever you want it. They talked about G Adventures being a value-driven company, which permeates the company culture, directed by the spirited founder and captain, Bruce Poon Tip.

For Bruce, taking thousands of people on trips annually is a way to connect them to the world. It can also serve as the noblest purpose of travel: to become the greatest form of wealth distribution the world has ever seen. Which sounds more like something someone would say in Occupied Zuccotti Park, not the CEO and thought leader of an industry. G Adventures has been involved in social innovation since before it was a thing. Back when Bruce just called it “helping a brother out.” He assured me all of his best ideas were available in his new book, LOOPTAIL.

G Adventures is able to scale social good with the help of the company’s foundation, Planeterra. There’s a history of multi-million dollar “sustainable tourism” projects that wind up being bridges to nowhere. But Planeterra is in the unique position to mobilize hundreds of clients on tours to destinations on a regular basis. Because tourist destinations are baked into G Adventures itineraries, there exists a steady stream of travelers stimulating local economies. Planeterra has 25 projects in 15 countries. They’re always looking for new opportunities, which was part of the reason for the Summit in the Jungle.

The summit was the culmination of the G Project, which started early in the spring. Participants used social media to promote their world-changing ideas, which were then voted on by the general public. More than 300 people submitted, with over 35,000 votes. The top 16 were brought to a panel of notable judges like Tony Wheeler and Jane Goodall, who whittled the list to four. These four finalists were flown to Costa Rica to present their projects at the Summit in the Jungle. The winner will be given $25,000 to implement their project through Planeterra.

I spent time with the four finalists: 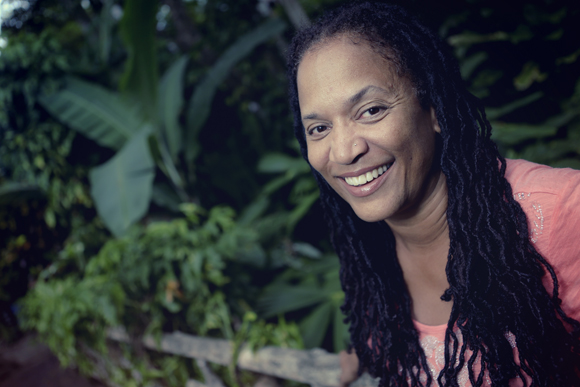 Tracey Friley, from the San Francisco Bay Area, grew up traveling. Her time abroad helped her grow into the person she is today. She found that among her fellow travelers she was often the only brown girl.

Realizing that many young girls were left out of the joys of travel, she started the Passport Party Project, a global awareness initiative that gifts 100 under-served American girls their first passports, as a way to help create responsive and responsible global citizens. 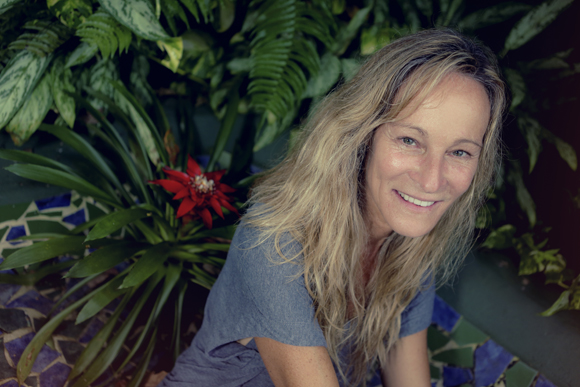 Rita Rayman, from Toronto, has traveled all over the world. Everywhere she goes, she looks for ways to help improve the lives of people.

While visiting Rwanda, she discovered that something as simple as working with local co-ops to purchase sheep and goats could impact the lives of so many. The animals provide high-quality fertilizer that in some cases has already improved crop yields by 300%. As more livestock are born, the community is able to sell the offspring to neighboring villages, paying it forward to another co-op. 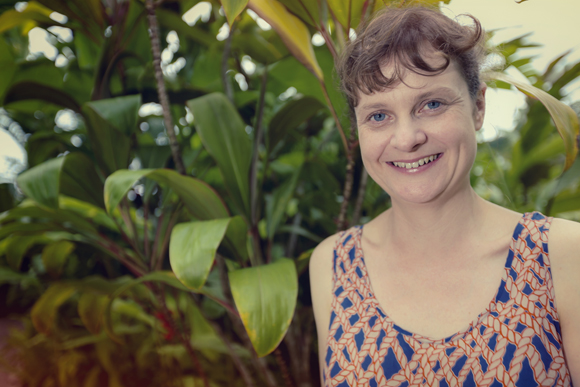 Jodie McQueen, from Melbourne, was on vacation in the Solomon Islands and caught the whiff of burning plastic in paradise. There isn’t infrastructure for recycling, so trash is burnt or thrown out to sea.

With three times as much waste being pumped into the ocean as there are fish taken out, Jodie decided she needed a sustainable solution to solve the recycling needs of remote island tourist destinations. Through small-scale recycling efforts, this refuse can be turned into things the communities can use, like boardwalks and park benches. 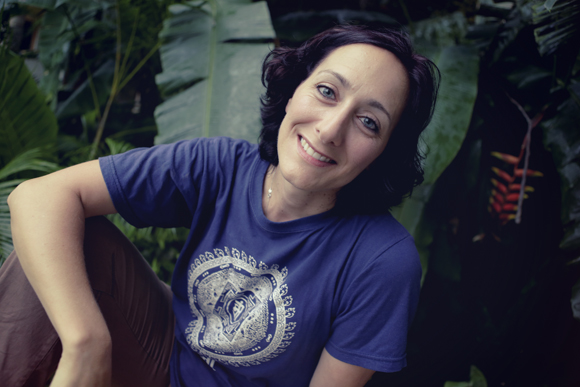 Lee-Ann Gibbs had a job as a corporate lawyer in Toronto, but was “shoulding herself into misery,” so she took off on an around-the-world trip. While in Nepal she volunteered at SASANE, an organization that helps human trafficking survivors to become paralegals.

Lee-Ann became close with the women she met. They’d take her on tours of the city. She realized that with hospitality and language skills, more survivors of human trafficking could lead tours. This will enable the once stigmatized victims of human trafficking to gain the economic benefits of the rapidly growing tourism industry in Nepal.

Each of these projects is incredibly inspiring. Not only that, but the participants are all so dedicated that they’ll continue with their projects, whether or not they win the prize.

During the few days I spent at the Summit in the Jungle, I heard so many great ideas from the participants, panelists, and members of the G Nation. I am completely sold on the idea that if you have the infrastructure to bring people to a place, you can help local communities build economies.

Sometimes I think about the fourth-dimensional aspect of travel. You can be in the same place in a different moment. I’d been to the Guatemala City airport before — last time I was hungover and eating gallo pinto from a Church’s Chicken. This time I was eating a Cinnabon, because I thought it would make for a vaguely funny tweet. I wonder what I’ll be doing next time.

A friend once suggested that real travel is about going back. You go back to see how things have changed, and you hope that things get better. I know each of the G Project finalists are planning to return to their projects. Their return aims to make things better. Truly sustainable tourism insures that when you return to a place, it will always have improved.

Tagged
Expat Life Costa Rica
What did you think of this story?
Meh
Good
Awesome