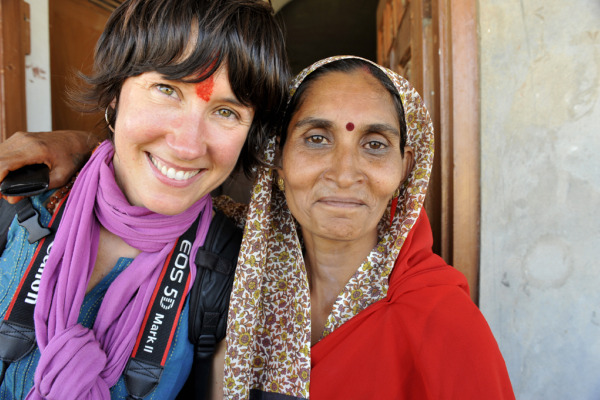 Building teams of professional and amateur writers/journalists, photographers,  and filmmakers, SalaamGarage organizes trips around the world to tell the untold stories of people whose lives have been improved and often saved by the work of partner NGOs.

I took a class with trip designer and leader, Maggie Soladay in 2008, a year after SalaamGarage had begun. On the last day, we went around the room and discussed what we would be doing after the class.  She outlined the premise of SalaamGarage.

I remember my awe and envy; all I had to say for what I was doing next was continuing to teach basic writing to college freshmen. 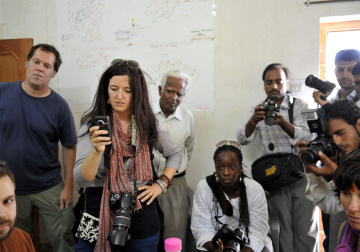 The first Salaam Garage trip was to India in 2007, where writers and photographers toured some of Vatsayla’s programs, including the women’s self-help groups; HIV/AIDS clinics; a health clinic for female sex workers; and the Udayan home for former street children, orphans, and other underprivileged children.

I thought I was there to tell a story about a small boy whose mother had died from TB as she begged outside a hospital with her three kids.  The youngest child was tiny, limp, and nearly dead from TB as well when he was rescued by Udayan.  Instead, this bright girl named Soniya walked up to me after class one day and I knew my photo documentary chose me. Soniya’s story floored me; she and her two sisters had been found living under a bridge, orphaned 5 years earlier. Now they are doing great in school and couldn’t be more sweet, beautiful or safe.

The next trip was three months later to Quang Tri Province in Vietnam, a region devastated by some of the Vietnam War’s fiercest bombing. The land is still littered with unexploded ordnance.

The group traveled from Hanoi to Hoi Anand, and then into villages served by PeaceTrees Vietnam. PeaceTrees Vietnam has cleared over 400 acres of land and planted over 40,000 indigenous trees.  The SalaamGarage team was the first group of American writers and photographers allowed to enter the Quang Tri province through Peace Trees Vietnam.

More recently, Amanda lead a panel at SXSW, “Citizen Journalism and the Little NGO that could”, explaining how travel to the developing world can be support for communities and local organizations and how a tweet or status update can impact people forever. 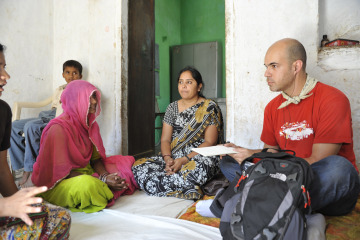 Guatemala and Ethiopia are on the schedule for 2010 with spots open for both trips.  There is a $500 deposit for the spot and fees for all trips; however, scholarship opportunities are available along with fund raising advice from the founders.

In Guatemala, the group will be working with Agros International,  a group dedicated to giving indigenous people land ownership and greater economic and community stability.

In Ethiopia, SalaamGarage will be working with the Hamlin Fistula Hospital and Foundation; the foundation helps women with childbirth related injuries, giving them physical therapy and a chance to live a normal life again.

As soon as I can, and not soon enough, I will be going on one of the trips. It would do so much more than appease my desire to travel and see as much of the world as I can. I would get a chance to be a part of something that could change the world by raising awareness and funds for the NGOs and, I have a suspicion, change my own life.

Find SalaamGarage on Twitter and on their website. Read more about the power of citizen journalism in Tim Patterson’s article Response: Travel Writing as a Political Act.